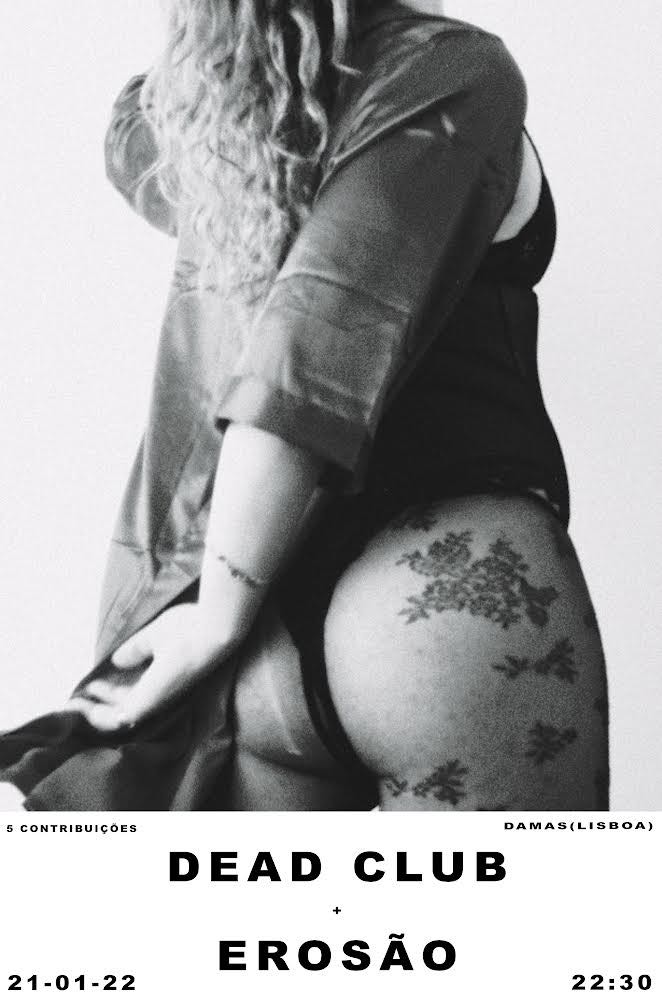 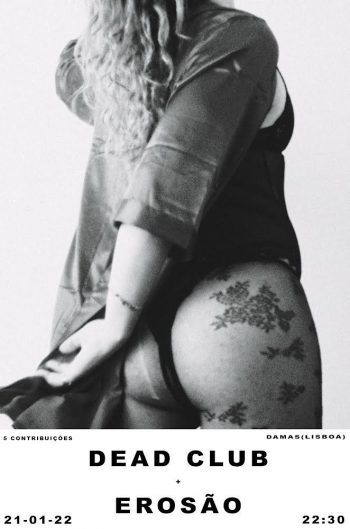 Here’s what the organizers of this Friday night doubler-whammy say:
“Rite of passage. Rebirth of Dead Club as a symbol of a new life of Violeta Luz. Catharsis and celebration. Opening the hosts, the debut of Erosão in our house.”

And here’s what they say about each act:
“Dead club is a ritual, an exorcism. It’s a dance between a person and his demons. Led by Violeta Luz, it takes the voice as the driving force for the catharsis from the whisper to the cry of despair among dirty guitars, martial beats, rough synths and a throbbing bass.
After their debut EP ‘Bulldozer for a Rose’ in 2017, with performances in several venues here in Lisbon, and while we wait expect their debut album – Friendly Fire – somewhere this year, they return to the Damas stage as a band after a sabbatical to mark a pivotal moment of Violeta Luz’s transformation.
Violeta Luz – Voices, Synthesizers, Drum Machines
João Silveira – Guitar
Frankie Wolf – Bass
Pedro Melo Alves – Drums

In May 2018, in Lisbon, the Erosão project emerges as the catalyzing platform for the converging musical influences, intentions, and yearnings of Afonso Patinhas, Leonardo Janeiro, and Pedro Janes. The project’s beginnings were marked by the development of a lyrical and conceptual body of work. The death of the city or its disruptive change are the primary combustion points for a band that has sonic and compositional exploration as its foundations. Erosão reaches its current iteration with the addition of Diogo Neto to the project in March 2020.”

Here’s a taste of the headliners.