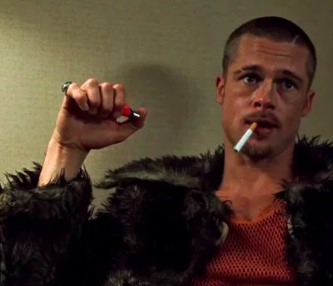 It’s been almost 20 years since we first learned the first rule of Fight Club. So we’re a little rusty on what exactly that rule is. Anyway, Topo Chiado, a rooftop bar in the heart of the city and a skyscraper-like view, is screening a series of hit movies all summer long, under the night sky, with free popcorn. Among these is David Fincher’s classic about a guy who likes to be Brad Pitt and also beat himself up.
Spoiler alert.
What was the second rule of “Fight club”, by the way?
Anyway…
Fight Club.
Rooftop bar.
Tell a friend.
Get tickets and learn more here, and check out their full summer lineup of movies here.