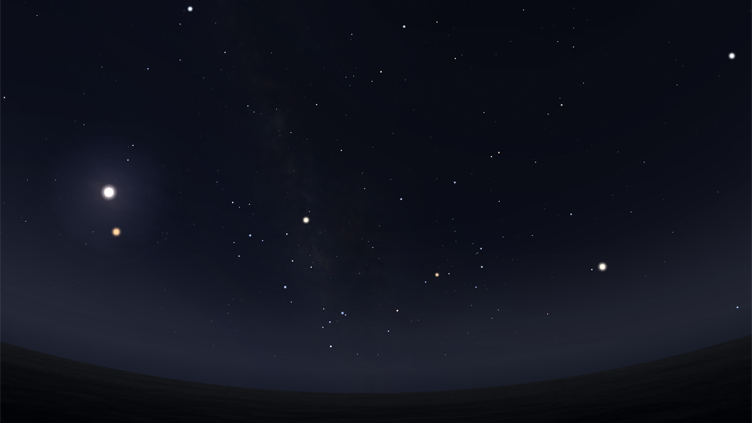 It’s the Lunar Eclipse! In fact, it’s the longest “blood moon” of the century — AND it coincides with Mars in opposition, i.e., it’s the closest the red planet has been to Earth in 15 years. Lisbon is well positioned for seeing the eclipse for a good hour or so, but the moon will be staying pretty close to the horizon. Our satellite will rise up in the southeast. The higher you are, the fewer obstacles there are in that direction, and the less light pollution, the better it will look. Observador recommends Parque das Nações. Some recommend Sintra, but if you’re like us, you don’t ever trust Sintra to have a cloudless sky…

And Instituto de Astrofísica e Ciências do Espaço is hosting a free viewing session — complete with telescopes — on the terrace of Teatro Romano, but it’s unclear how much of the moon you’ll be able to see from that vantage point. Scientists will be on hand to explain things about the stars though! Start your weekend off right.

In this Summer night, enjoy the view over the southern sky from the terrace of Museu de Lisboa – Teatro Romano, in the company of researchers of Instituto de Astrofísica e Ciências do Espaço (IA).

See through the telescope planets that until today carry the name of Roman gods: planet Jupiter and its largest moons, Saturn, and also Venus will be visible in the early evening.

In this night a total lunar eclipse will also occur, as the Moon will be immersed in the shadow of our planet Earth during about 1h 45m. You will be able to see its reddish colour until 23h19, as well as to see in detail the craters on the surface of our satellite.

Finally, learn that the stars, many of which with names give by Arab astronomers, are not all the same, and talk with IA researchers about the latest discoveries in the study of the solar system.