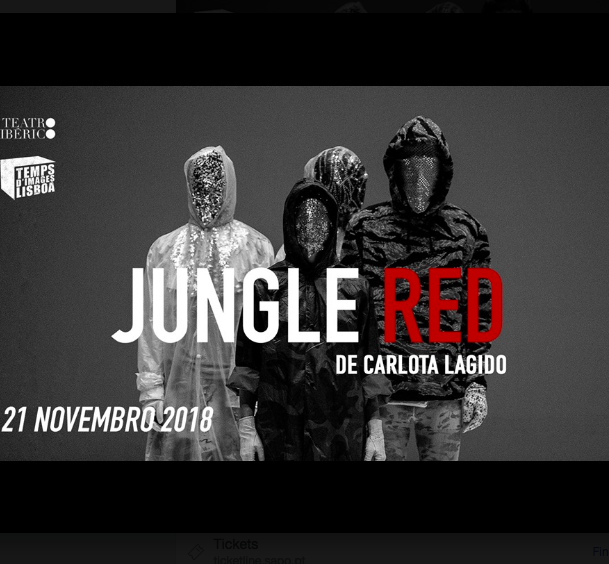 Carlota Lagido is a Portuguese dancer, actress, and choreographer who, among other things, is described by Wikipedia as a “fetish dancer.”
Here’s what the organizers of her new show say:
“‘Jungle Red’ is about the nostalgia of Paradise.
It is a fiction, a flock of birds in search of the Simurgh, the king of birds – a hybrid creature, Phoenix, male, female, other. As Jorge Luis Borges says, “a being composed of other beings, a bird made of birds. ”
It is about the desire for wholeness in the world. It is an idyllic jungle, a supreme garden where everything coexists in harmony. In Sanskrit the word “paradesha” (paradise) means supreme country.
In this project different dimensions of utopia, paradigms of Edenic places or states are explored and Paradise is understood as a metaphor of the aspiration to the common well-being between humans, animals, and nature, and insists on the idea of that, in the demand of this Edenic state, there is the possibility of understanding all the dysfunction of the world.
In this journey at the beginning of all, ethnographies of an imaginary past are compiled — personal, historical, and fictional visions for our future paradises are destroyed and constructed.”

The possibility of understanding all the dysfunction of the world, courtesy of a fetish dancer, should be reason enough to give this one a chance.
Tix here.
Here’s a teaser.