An event every week that begins at 16:00 on Tuesday, Wednesday, Thursday and Friday, repeating until April 23, 2021 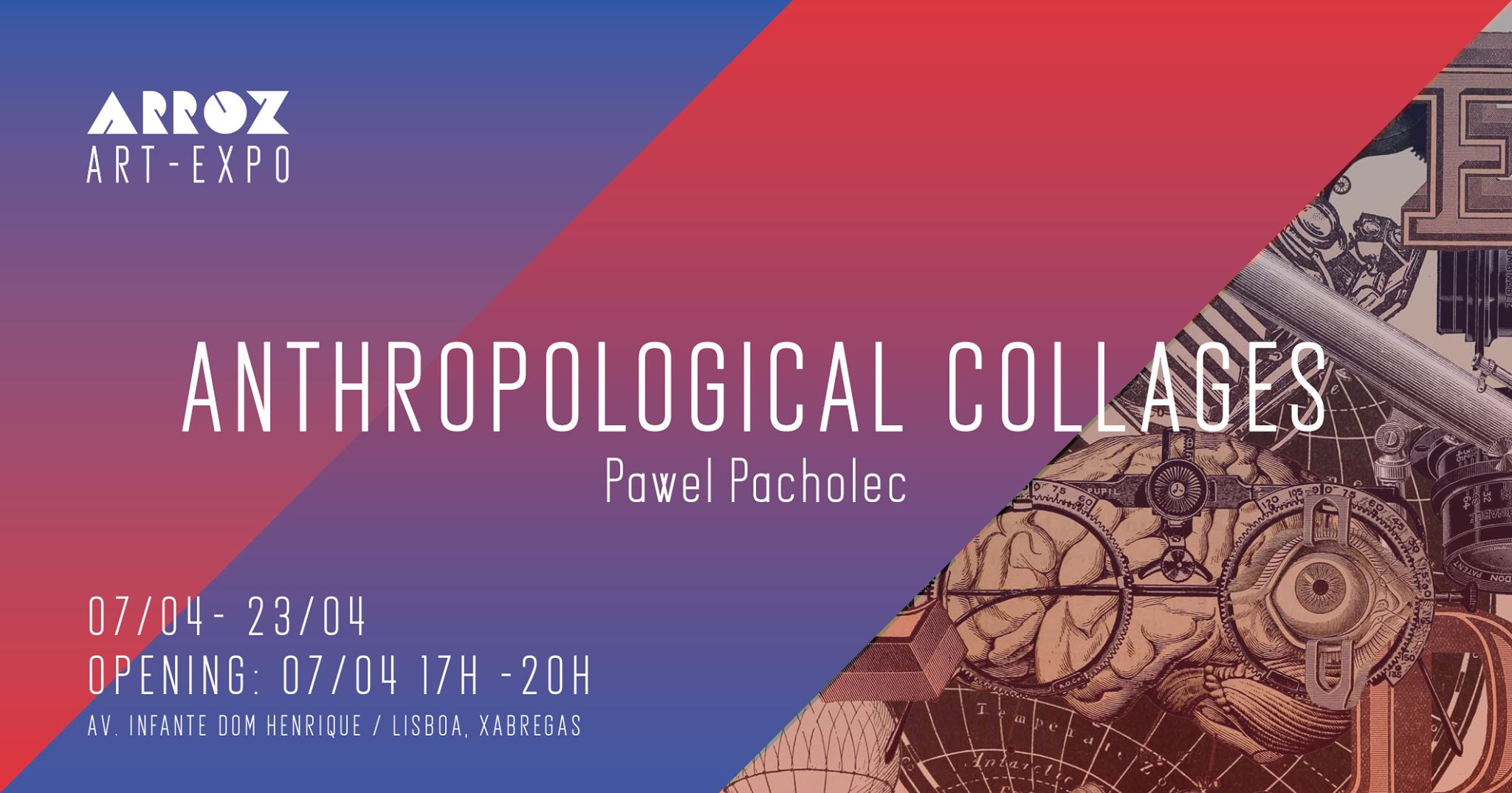 Artist Pawel Pacholec was born 1986 in Poland. Later, he studied painting, photography, and graphic design at the Academy of Fine Arts in Gdansk and University of Arts in Poznan. Since then, he has exhibited his works in group exhibitions in Poland, Kenya, Italy, Hungary, Uk, Canada, and the USA, among others.

‘Anthropological Collages’ is Pawel’s first solo exhibition, it’s being hosted right here in Lisbon, by friends of Atlas Arroz Estudios this April, and here’s what Pawel says about it:
“From childhood, I loved browsing through various encyclopedias in which individual selected entries were illustrated with engravings. I was able to stare at them for hours and study each line carefully. Unfortunately, I was not gifted with a talent for engraving or the ability to create etchings, copperplate engravings or mezzotints, which we can see in artists such as Piranesi, Durer, or Dore, but admiration and appreciation for this type of graphic creativity remained. This is where my passion for creating collages based mainly on old, archival prints comes from. Perversely enough, the compositions are, thanks to the diverse and often quite randomly looking typography and lettering, kept in the Dadaist style. It is, in a way, a long bridge thrown between graphic art from the 15th century and modern art from the 20th century. The collages are inspired by artists such as Kurt Schwitters and Robert Rauschenberg.”

The show goes up Wed, April 7th, and runs through April 23d.