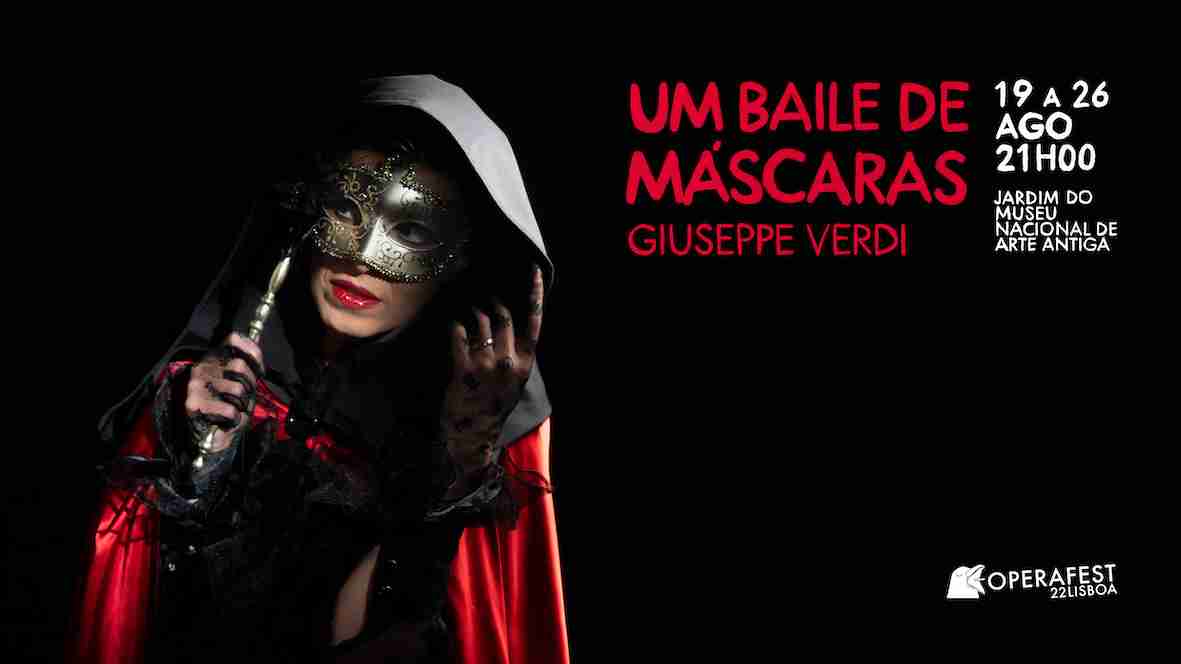 From the organizers:
“Operafest Lisboa 2022, the festival that crosses tradition and vanguard, in its 3rd edition has as its motto the “Destination in vertigo” and returns the mask to the world of fantasy and disguise. From August 19th to September 10th, in the unique setting of the garden of the Museu Nacional de Arte Antiga, it proposes an opera emotion for all audiences. It starts with one of the great successes of the popular Italian composer, The Masked Ball by Giuseppe Verdi, full of musical innovation and absolutely unforgettable melodies and arias. Addressing recurring themes of the Italian master: the fatality of fate, forbidden loves and adultery, conspiracy, racism, betrayal, and obsessive revenge.”

SYNOPSIS:
“Inspired by the assassination of Sweden’s liberal King Gustav III at the hands of political conspirators during a masked ball that Verdi had in numerous censures to disguise and transform into a harmless count, transporting the action to a distant colonialist Boston, this opera tells of a love triangle that ends in the murder of Count Riccardo of Warwick at the hands of his best friend during a masked ball. It evokes the artifice of the mask that conceals identity, in its double face of entertainment and as an instrument of conspiracy and crime.
The wonderful garden of the Museu Nacional de Arte Antiga hosts this Verdian ball with the direction of actress and director Sandra Faleiro, after her remarkable debut in opera staging, highly praised by international critics at the last edition of Operafest, under the musical direction of Portuguese-Polish conductor Jan Wierzba.”