An event every week that begins at 15:00 on Wednesday, Thursday, Friday and Saturday, repeating until August 29, 2020 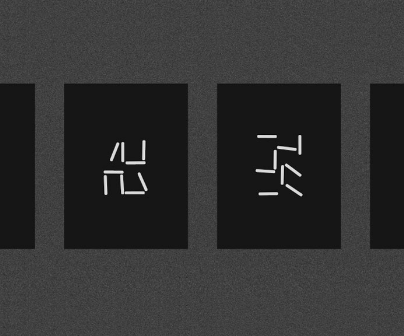 Marco Franco was born in Lisbon in 1972. He started his musical career in 1986, dabbling in rock, jazz, and percussion. In 2006 he formed the band Mikado Lab, with whom he released two albums. He’s also dabbled in dance, theater, cinema, and visual art. He is well known in Portugal. And he really likes his hat.

For the last five years, Marco has been transferring music back to paper, the result of which is roughly 100 enigmatic works on paper. This summer, corona-surviving art gallery ZDB presents said works in Parágrafo (“Paragraph”), Marco’s first solo art exhibit.

Here’s how ZDB describes it:
“Best known for his vast musical career… Marco Franco has been revealing another side of his artistic production, which crystallizes in this exhibition… This is a practice that accompanies him daily, arising from experimentation and repetition in graphic recording exercises, carried out in an almost compulsive way, which gives rise to a series of visual compositions that reveal a language, created by Marco, in which calligraphic and melodic gestures intersect.”

Here’s Marco, his hat, and a piano.