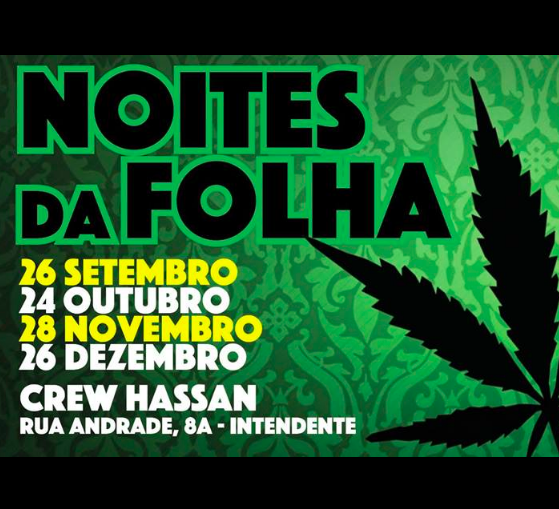 Hi.
Did the leaf on the left bring you here?
Do you like to get high…?

Well, in that case, we’re gonna need to see some ID. You know that drugs are still illegal in Portugal, right?

Nah, we’re just playing.
Atlas wouldn’t do that to you.
In all seriousness, however, even though drugs have been decriminalized here, they’re still illegal… Ask a local.
Drug legalization is a touchy subject anywhere you go. That’s why local activists MGM Lisboa and local open-mined bar Crew Hassan have pitched in to bring you Noites da Folha (“Nights of the Leaf”), a series of film screenings and debates centered around the sticky icky and its legal standing.

Let’s see if we can come to some sort of mutual understanding and get rid of those upstanding citizens offering you fake drugs on Lisbon’s busier streets, once and for all.