An event every week that begins at 18:30 on Monday, Tuesday, Wednesday, Thursday, Friday and Saturday, repeating until December 29, 2018 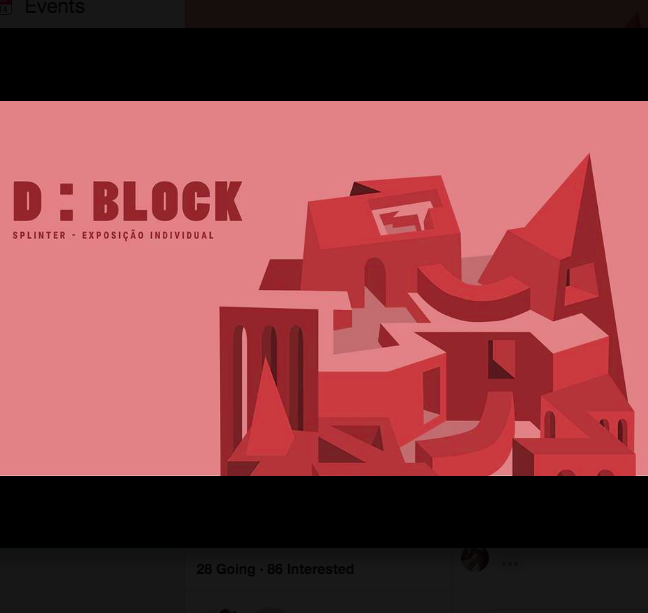 If you have ever been inside the rougher part of a U.S. prison, or are from NYC, or are a fan of U.S. street and/or hip-hop slang, then the term “D Block” likely has a very specific connotation for you.
But even if you’ve never been to NYC or inside a U.S. prison, D Block still probably rings an ambiguous bell…
Language can be funny that way.

João Henriques, aka Splinter, is a 28-year-old Portuguese painter who likes the idea of “morphing cities.”

Lisbon, as a city, much like NYC, is definitely morphing. As is its language.

Splinter’s new show at Má língua is called “D: Block,” and, according to the organizers, it “presents the new works of the Cidades series to the public. This series brings an imaginary world of urban organisms in constant mutation. They are a set of paintings that are born from a singular approach to urban morphology, through the experiences, tools and work processes of the artist.
The exhibition is a tribute to Baltazar Durval Gallego, DJ and music producer known as RAZAT.
The name of the exhibition is due to this honor, it is the name of one of Splinter’s favorite songs by Baltazar, and he thought it had a connection with his current work.”

We, for one, are fans of “urban organisms in constant mutation,” D Block or other.
Moreover, Splinter looks like he’s been around the block with his brush once or twice.