to Dec 31 | LITERARY EXHIBIT | Who read the books I read: the library of Fernando Oliveira | Campo Grande | FREE 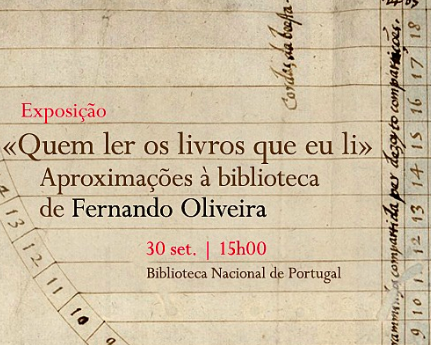 The National Library of Portugal (BNP) is paying homage to the country’s original grammar nazi with a retrospective entitled Quem ler os livros que eu li (“Who read the books I read”).
Here’s what they say about it:
“In his written productions, the Portuguese cleric quotes and / or uses a wide range of ancient and modern authors. Fernando Oliveira, moreover, was well aware of his erudition, because as early as 1536 he announced in his first published work: ‘I do not excuse anyone to be my judge but those who read the books I read, and with so much work, and as well, or better understood.’ This exhibition rehearses a recomposition of Fernando de Oliveira’s book universe, including not only his own writings, but above all the many titles that are summoned in his works, and which he would have consulted or even possessed at some point in his complex existential path.”