An event every week that begins at 21:00 on Thursday, Friday and Saturday, repeating until February 10, 2019 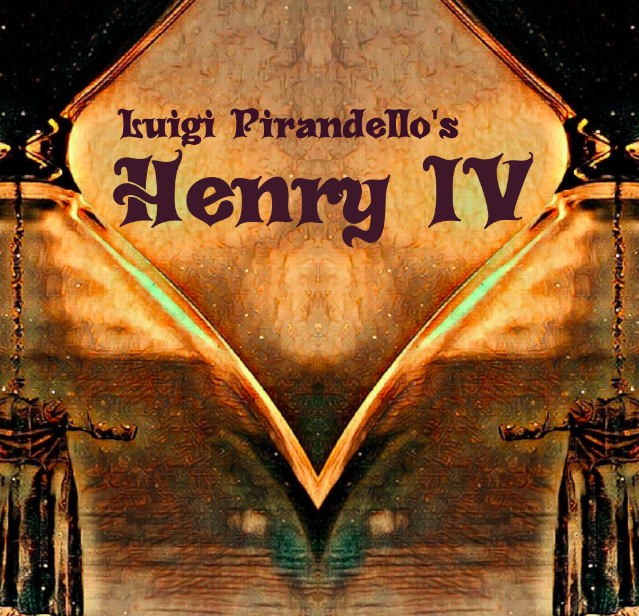 The Portuguese speak very good English, as you may have noticed.
One of the reasons is movies.
Another may be Shakespeare, and because of such fine people as the Lisbon Players, an English-speaking theater crew that has been around in the heart of the city since 1947. Here’s how they describe their latest production, a modern take on a relatively modern take on Shakespeare’s Henry IV, by Luigi Pirandello:
“This loose-limbed free-flowing adaptation of Luigi’s audaciously layered and cerebrally psychedelic 1920s masterpiece ushers you into the delirious hall of mirrors that is the mind of a man who, after an accident while at a medieval pageant, is locked into the role he played in the pageant, Henry IV, for the next twenty years! The action opens at his house on the day when his friends arrive with a psychiatrist in an attempt to cure him of his delusions, setting into motion an increasingly unhinged chain of confessions, revelations and a decades-in-the-making act of catharsis, and reality acquires a shade of the twilight zone where every moment reality oozes dizzyingly into the infinite nether realm of a delirious imagination, where the rules of sanity slowly vanish in a labyrinth of mirrors that reflect ever-changing masked images of ourselves, and memory bleeds into hazy dreams of multiple realities.”

The play is adapted and directed by Suresh Nampuri.

Loose-limbed, free-flowing audacious layers of cerebral psychedelia? Sounds like a classic Thursday night to us.