An event every week that begins at 22:00 on Sunday, Thursday, Friday and Saturday, repeating until February 24, 2019 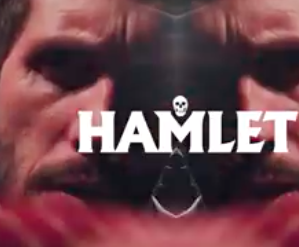 “There is nothing either good or bad, but thinking makes it so.”
William Shakespeare.

We have no idea if this one’s gonna be good or bad.
Hell, we’re not even sure whether to be or not to be at all…
Nevertheless, brevity is the soul of wit. So, without much ado, we’ll let Chapitô, the organizers of this interpretation of the infamous and timeless tale of serial murder, speak the speech:
“Almost a year after its debut in Lisbon, ‘HAMLET’ finally returns home after another extensive and successful world tour.
After excellent reviews by critics and the public’s insistence on having ‘HAMLET’ on the scene (having exhausted, on the day of the debut, tickets for its first season), Companhia do Chapitô again presents this collective maladaptation that promises some (good) news in its performance and interpretation.”

“Though this be madness, yet there is method in’t.”