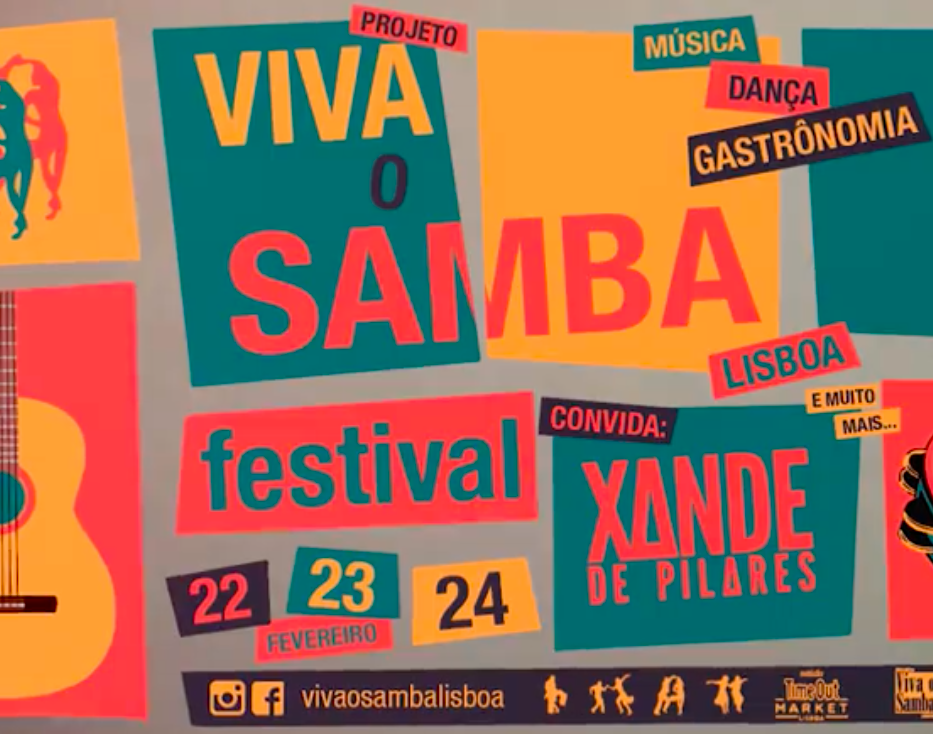 “Samba rhythm is a great one to sing on, but it’s also got some other suggestions in it, an undercurrent of being primitive – because it is a primitive African, South American, Afro-whatever-you-call-that rhythm. So to white people, it has a very sinister thing about it.”
Mick Jagger.

Do you love Samba? Wanna learn some new dance moves? Or how to make some Brazillian food? Or how to scare some white people? Ever wonder what happens when Fado meets Samba..?

If you answered yes to any of the above, then this weekend, you’re in luck. Here’s what the organizers of this one tell us:
“Dear Samba lovers, welcome to our dream! The Viva O Samba Lisboa Festival will have a wide and diversified program. Artists from all musical backgrounds will be invited to share the stage for three days, creating an atmosphere of celebration of Samba culture, in tune with their Afro-Portuguese ancestry.
In order to promote the multiculturalism and generate the exchange of musical experiences, we will present for the first time the musical project: “What if Fado turned into samba…,” where Portuguese fadistas and Brazilian Samba interpreters will blend in duets the repertoires of traditional sambas and fado songs into the rhythm of Samba, promoting creativity while generating renewed sounds.
In addition to concerts, the event will host dance, percussion, and gastronomy workshops. Our goal is to create a cultural sensory experience.
Viva O Samba!!!”