An event every week that begins at 17:00 on Tuesday, Wednesday, Thursday, Friday and Saturday, repeating until February 29, 2020 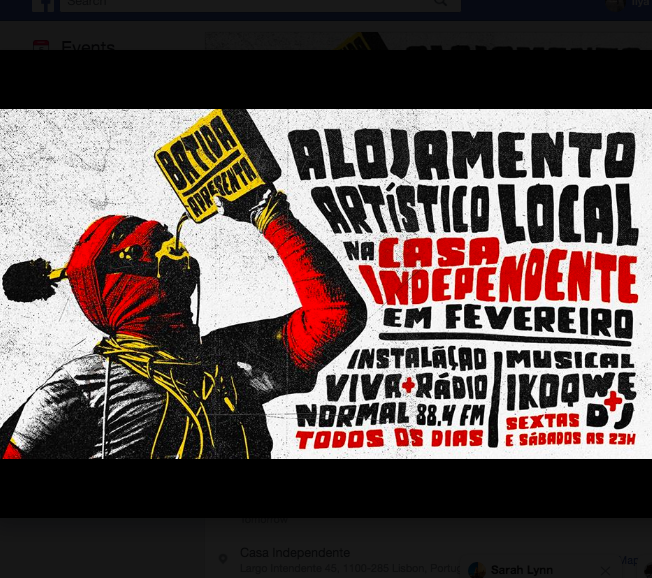 Pedro Coquenão was born in Huambo, the third-largest city in Angola and formerly “Nova Lisboa” (oh, colonialism…). Pedro was raised in the suburbs of Lisbon. Today Pedro is a radio, video, and music producer who is well-known locally, but more by his stage name Batida.

Throughout February, Batida takes over Casa Independente for a month of weirdness that he’s calling Alojamento Artístico Local (“Local Artistic Accommodation”). Batida says the main objective of the project is “to break down barriers and blur the distinction between formal and informal space.”

There’s an art exhibit aptly entitled “Neon Colonialism.” There’s the production and presentation of a musical called “IKOQWE.” There are friends, DJs, and a radio show. There are both artists and colonizers coexisting, eating, drinking, sleeping, making art and money, and dancing.
And maybe there’s you.