An event every week that begins at 18:00 on Wednesday, Thursday, Friday and Saturday, repeating until January 12, 2019 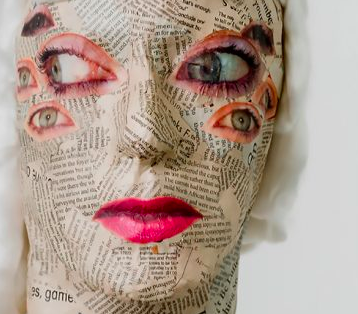 Liz Craft is a U.S. multimedia artist whose first solo show was 20 years ago in her hometown of Los Angeles.
Since then, she has gone on to gain international acclaim for her craft. Now she is doing her first solo show here in Portugal, Querela (“Quarrel”).
Here’s how the organizers describe what it is:
“A selection of recent pieces, representative of an artistic realm marked by the influence of popular culture and a subtle, sardonic defiance of the conventions of the art world. Composed mainly of sculptures – most of which are produced using so-called traditional techniques – Liz Craft’s exhibitions resemble scenes born out of a Theater of the Absurd. Its characters, props, and situations often collude in building uncanny and eschatological settings, full of irony and a derisive critique of moral, sexual, and snooty cultural expectations of the Western world.”

Liz — you had us at “snooty cultural expectations of the Western world.”