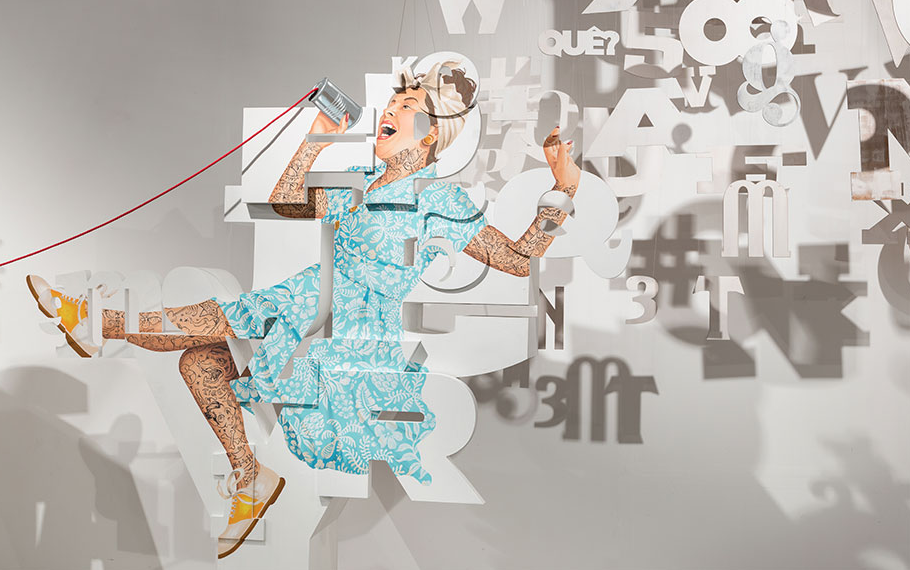 From the organizers: We’re all supposed to speak more or less the same language yet sometimes we understand bugger all nothing of what the other person is saying. In his first solo exhibition at Underdogs, Mário Belém presents an ensemble of works that invite the viewer to reflect – in an amusing way, free of any crap pretentiousness – on one of the greatest paradoxes of the present reality: communication breakdowns in a world where information reigns supreme yet suffers from its own excess. Clearly playing with the confusion, the complications, the contradictions, and the ambiguity which we frequently come across in face of the visual and oral discourse – of both individuals and formal systems of communication – that surrounds us in our day-to-day, the artist showcases here an entirely new body of work composed of an array of visual narratives materialised in pieces of various dimensions that are somewhat halfway between painting and sculpture in wood, a medium which he has been favouring in his recent artistic practice.

WARNING: This exhibition includes a few artworks with language that might appear offensive. As such, it might not be suitable for children who know how to read and/or people who are easily offended.