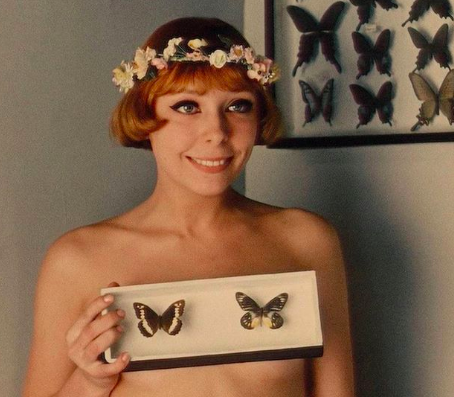 Titties.
Butterflies.
Global warming.
Iran.
Wtf is going on?
No, seriously, like, wtf is happening?

Perhaps Subterrâneo (“Underground”) can explain.
From them:
“We are the most underground movie theater in Lisbon. So, between cigarettes and glasses, within an intimate aura, this movie club features monthly movie cycles and guest screening sessions.”

January’s theme is —you guessed it — Wtf is going on.
It kicks off with the Czech Republic’s Sedmikrásky (“Dasies,” 1966) by Věra Chytilová.

Here’s what they say about that:
“Maybe the New Wave’s most anarchic entry, Věra Chytilová’s absurdist farce follows the misadventures of two brash young women. Believing the world to be “spoiled,” they embark on a series of pranks in which nothing—food, clothes, men, war—is taken seriously. Daisies is an aesthetically and politically adventurous film that’s widely considered one of the great works of feminist cinema.”

Deets for all three Sundays:
In the basement of Crew Hassan.
Doors at 18h, showtime at 18h30.
English Subtitles.

Here’s the trailer for the opening film.