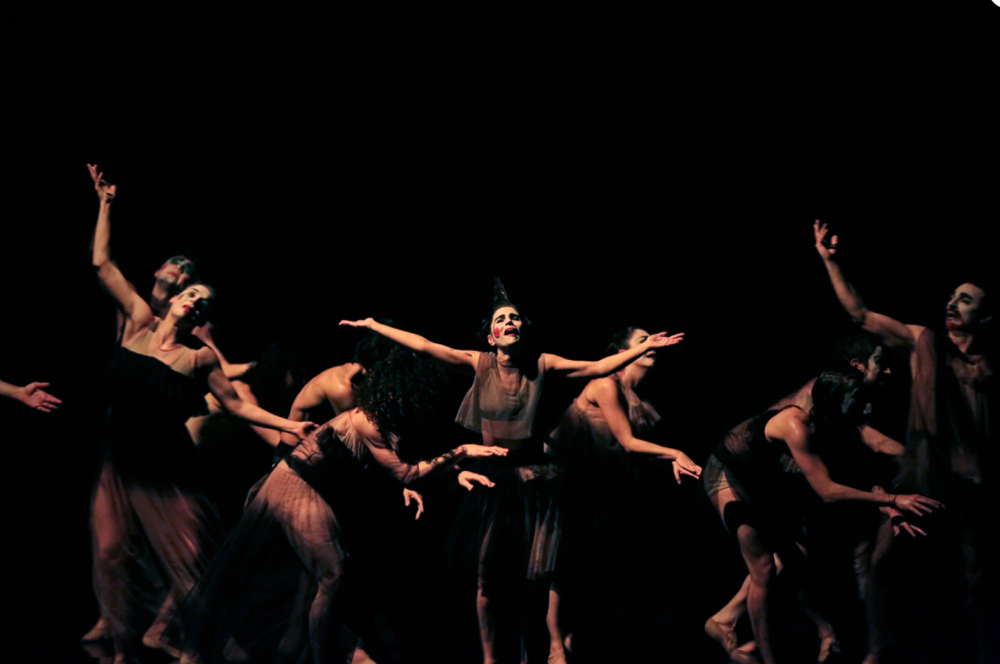 If you missed the choreographer Tânia Carvalho’s debut at Companhia Nacional de Bailado earlier this year — or if you care about modern dance at all — here’s your chance to catch this magnificent, claustrophobic, dream-like performance just a ferry and a bus or taxi ride away, in Almada (you can get there from Cacilhas, the town on the other side of the ferry at Cais do Sodré). The show on July 13 is at 21h30, the same show is on July 14, at 19h. Call ahead to the theater (+351 212 739 360) to check whether they have tickets (the website isn’t reliable).

Tip: Cacilhas is also a far more convenient hub for getting to the beaches of Caparica than the overcrowded buses from Praça Espanha. You’re welcome.

Weaving Chaos was originally presented in 2014 and it consists on a dialogue between the Portuguese choreographer Tânia Carvalho and the Homeric Odyssey. This re-edition is due to an initiative of the Portuguese National Ballet Company, supported by Teatro Maria Matos and Teatro São Luiz, which this year celebrated the choreographer’s twenty-year career.