An event every week that begins at 10:00 on Monday, Tuesday, Wednesday, Thursday, Friday and Saturday, repeating until June 1, 2019 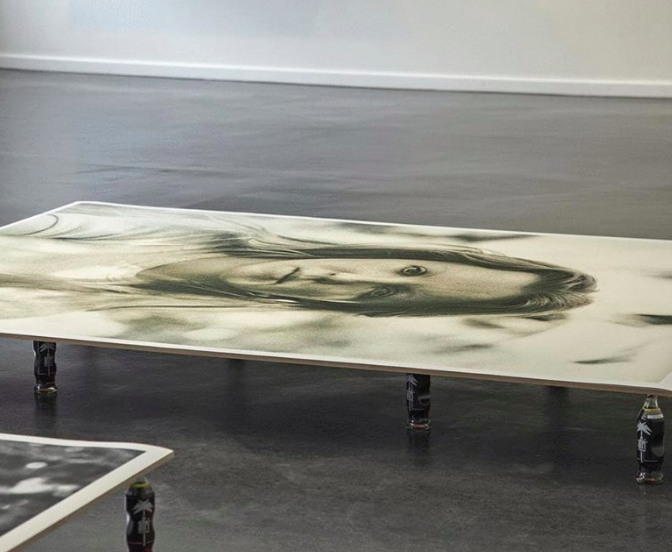 Tatiana Mercado is a local multimedia artist and filmmaker. She was born in Lisbon in 1981; she has Angolan roots, studied (and won a few awards) in London and Berlin, and now works and lives between Berlin and Lisbon.
In other words, Tatiana is a citizen of the world.
Sort of like Coca-Cola.
Coincidentally, Tatian’s new show is called “Afri-Cola,”, and here’s what the organizers tell us about it us about it:
“In her second solo show at the gallery, the artist presents a reworked private photographic album belonging to her aunt Isabel (Bela). But unlike an amateur album, these are portraits of Bela that were taken by a friend of hers – an Angolan professional photographer – in Luanda in the years of 1973 and 1974. In these installations Tatiana transforms the images into a sculptural experience, reworking the album scans, timeworn, and reprinting them into various scales (after meticulously deleting all marks of deterioration from the original prints).

Without any feeling of nostalgia, the artist erases the time-interval between the moment the images were captured, and their current reprinting, as if continuing the photographer’s work… Exhibited for the first time in 2016 in Berlin, and under the title “Bela” this has always been to the artist, a body of work that “thinks through” the migration of its central elements – thus being fundamental to have a second presentation in Lisbon. In Berlin, the artist added an element of the German consumer culture to the photographic installation – the Afri-Cola – a drink originated and registered in Cologne in 1931, which had its commercial breakthrough in the Post-War period. This reference acquires an ironic tone when we think of the cult advertising films of this drink, namely the ones directed by Charles Wilp in the late ’60s and ’70s.

These films explored the exotic cliché of the palm tree image logo, which associated Africa to an idea of body emancipation (male and female) and sexual freedom in a provocative, avant-garde, pop, futuristic style. Its irreverence is incorporated in the slogan: ‘und alles wird afri’ (and everything becomes afri). Later Wim Wenders also shot a commercial for the brand. The apparently disparate elements that embody this project migrate in their multiple contextual, historical and cultural directions between Angola, Portugal, and Germany.”