An event every week that begins at 21:00 on Sunday, Wednesday, Thursday, Friday and Saturday, repeating until June 30, 2019 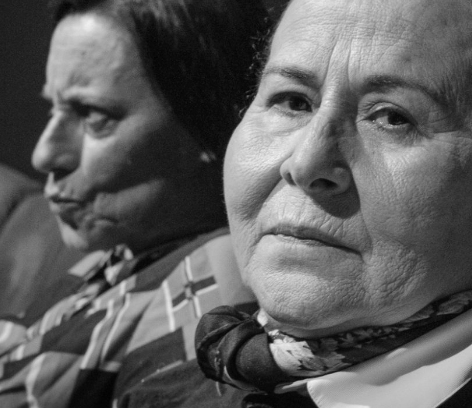 Gertrude Stein was an interesting lady in every sense of the word. Free-thinker, controversial World War II figure, lesbian, writer, poet, she knew many influential people, and was, and still is, quite influential herself. But perhaps the most influential person in Gertrude’s own life was Alice B. Toklas.

From the New York Times (1986):
“It was from Ernest Hemingway that the late Win Wells took the title of his play, ‘Gertrude Stein and a Companion.’ Though Hemingway had variable feelings about Gertrude Stein, he was quite clear in his attitude toward Alice B. Toklas. He found this ‘small, very dark,’ hook-nosed woman ‘frightening,’ and in A Moveable Feast he disdainfully referred to her only as Miss Stein’s ‘companion.’

From the organizers of this one:
“Fernanda Lapa directs Win Wells’ Gertrude Stein e Acompanhante. On stage, an improbable dialogue between the deceased American writer and poet Gertrude Stein and her life companion of 25 years, Alice B.Toklas, who invokes her to give her opinion on her favorite subjects: herself, literature, painting, art. Both characters interpret, several times, other characters who passed through their lives, like, among others, Gertrude’s brother or Picasso and his wife Mabel Dodge. The play goes back and forth from their first meeting until their deaths. More than a gay play, as it has been considered, it is a performance about a love relationship that shows us important characters of our culture. The adaptation by Escola de Mulheres is translated by Francisco Villas-Boas and the music is by Nuno Vieira de Almeida, who, on stage at the piano, comments on the action with pieces from the Modernist period by composers who knew both Stein and Toklas.”

*Although love is universal, you might need some Portuguese for this one.