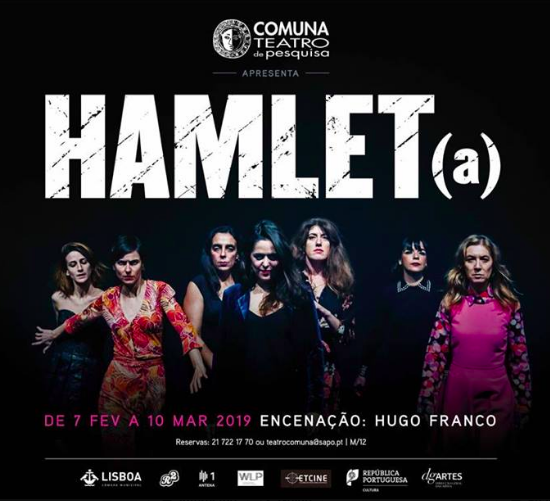 When Hamlet was written by that Shakespeare guy some 300 years ago, women were not allowed to act.
How things have changed.
Today, nothing says International Women’s Day like an all-female cast telling the timeless tale of love, betrayal, and multiple homicides.
Hence, HAMLET(a).
We’ll let director Hugo Franco explain:
“To be or not to be …?
It’s a question that worries me, and worrying is one of the functions of theater.
For a long time, I have had this idea of making a “Hamlet” in which all the characters are interpreted by women, a situation that would have been impossible at the time the piece was written.
What interested me in this creation process was the approach to the text by the actresses: the issues that emerged, gender issues (of course), as well as philosophical issues, but, above all, my intention has always been to tell this history that is beyond the genre. This text represented by women undoubtedly has a different drive. And it’s this difference that interests me. But what difference is that? Is Hamlet’s love for the Father different when represented by a woman? Is Horace’s friendship with Hamlet different when he is represented by a woman? More than a gender, these issues are essential to humanity.
In this tragedy, we have love, murder, betrayal, hatred, revenge – transverse feelings of human nature, feelings that have no gender …
TO BE OR NOT TO BE?
The Word BEING is neither feminine nor masculine. It is irregular.
It is human nature to search for happiness, I seek happiness through theater.
Long live the Theater!!!
Hugo Franco.”

See how else Lisbon celebrates the ladies here.