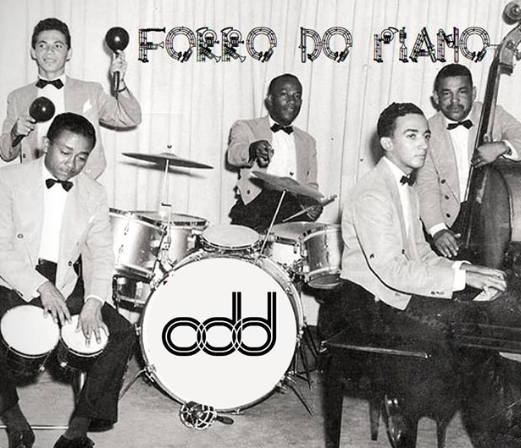 From Wikipedia:
“Forró is a party originated in and typical of the northeastern region of Brazil… A theory on the origin of forró music is that it originated on farms and plantations, where farmers and workers used to sing to the cows and together with each other as they gathered coffee and other crops like sugarcane, corn, and vegetables. They had a different song for each crop, and for each phase of the collection. As the farmers and field hands corralled cows and carried crops from the fields into the houses and cafes, the songs came with them, and everybody joined in singing together. From there, talented local singers began performing the songs at parties and gatherings, and sometimes they did informal competitions with competing viola (guitar) players in freestyle rap-like improvisations.”

“Forró do Piano,” on the other hand, was born when local musicians Gabriel John Walsh, Luciano Alves, and Leandro Teixeira “had the idea of joining together to make a sound.” Soon after, Marcelo Guerini joined in, with his full swing accordion. Cicero Matthew decided to back them up with some vocals. Glayson Lacerda (aka “the Great Pikachu”) was intrigued, and soon jumped in with MIDI piano.

For the next few Mondays, Gabriel, Luciano, Leandro, Marcelo, Cicero, and the Great Pikachu will be making sounds for your listening pleasure at ODD Trindade. With DJ Swinguero spinning some funky vinyl in the intervals.