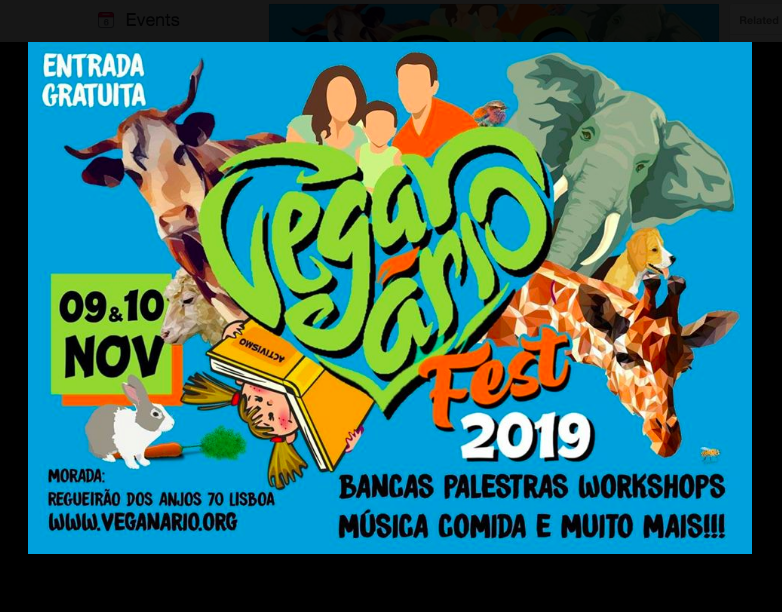 Vegans.
The eco-friendly version of the zombie apocalypse to some, the only people that matter to others.
Either way, they’re food for thought…

Associação Veganário (no need to translate, right?) is an organization that, in its own words, “has as its main objective the dissemination of various activities and actions developed within the scope of ecological, social, and political activism, always underlining the active and activist ethical perspective that underlies veganism, not letting it translate merely into the idea of a food diet…
Until we’re all totally free.”

Its annual festival, aptly entitled Veganário Fest, has been going strong for 11 years. It is described as “the largest vegan festival in Portugal,” focused on the promotion of… well, veganism. And it’s happening this weekend at Anjos70.

Because coming out as vegan is never easy — especially to those you love — this year’s theme is “The Family.”

They explain:
“The family has a great influence on the adoption and proliferation of veganism. When someone decides to embrace veganism, their family can be an empowering element, supporting, investigating the issue together, being open to change itself, or it can become an obstacle that tries at all costs to halt the transformation it entails.”

Two days.
Dozens of exhibitors and speakers.
Thousands of visitors.
Hundreds of meals served.
And, most importantly – food for thought.

Stop by, bring the family, eat, and learn what freedom really tastes like.
Also, you can volunteer with a lecture, or a newsstand, or some grub — learn how here.