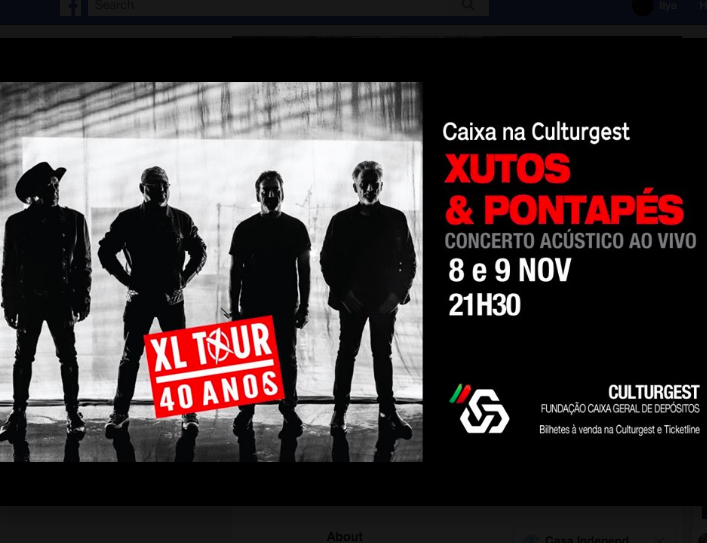 Four years after the Carnation Revolution, in the beach-town of Carcavelos, four friends got together and formed a band. They started out humbly, inspired by the winds of change, singing punk and new wave songs in their native Portuguese, wherever they could. The name they gave themselves, in Portuguese, is a clever wordplay of heroin, football, and kicking…

Forty years later, Xutos & Pontapés (roughly “Kicks and Kicks”) is considered one of Portugal’s most influential and essential rock bands, receiving recognition from both Presidents and simple folk alike, young, old, and middle-aged, from border to border, and beyond.

And they are still kicking.

This weekend they come to Culturgest for two consecutive acoustic concerts as part of their 40th Anniversary XL Tour.
And you’re invited to kick it with some Rock’n’Roll history too.