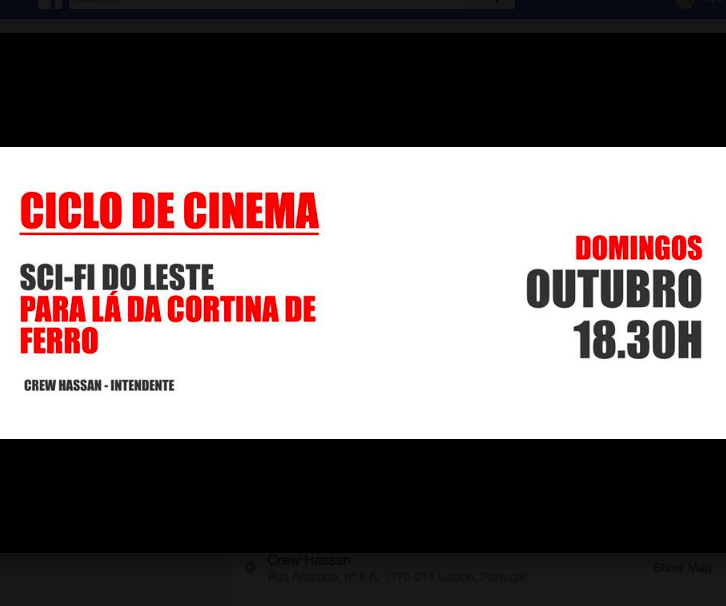 Some people still remember the Cold War. Others argue, with increasing frequency, that the Cold War is not really over at all. Have you checked the news lately?

Ok, enough politics. No matter what side of whatever wall you find yourself on, we all have our crazy ideas about the future. And we all deserve, if we choose, to have the freedom to escape the rat-race of modern capitalism with a well-meaning Soviet sci-fi flick every now and then.

This October, Crew Hassan presents a cycle of films from the Eastern Bloc depicting insane but not too insane visions of what worlds may have been. Or still may be, if you really think about it.

“From the Soviet era onwards, Eastern Europe has provided us with countless narratives about possible futures, from the political to the comical, to the most absolutely horrifying. While the communist project faltered, in a sense of excitement or fear about change, it was always parallel to the ideological landscape.
This small cycle intends to bring an image of what is/was the sci-fi cinema beyond the Berlin Wall and the Iron Curtain. Follow us on this wonderful little trip.

OCTOBER 14th:
Eolomea (1972) by Herrmann Zschoche.
Eight cargo ships disappear into space without a trace in the span of just three days. The space station “Margot” was suddenly silent. The council of space faces a mystery, and the scientist in charge, Maria Scholl, sees no other solution than to stop the entire fleet of ships in this mysterious sector of space.
A great metaphor for communist ideals and
sophisticated politics that are foreign enough to western eyes to have a good effect. “Eolomea” works especially in addressing the problems of government responsibility, versus a part of humanity’s larger goal.

OCTOBER 21st:
Test Pilota Pirxa (1979) by Marek Piestrak.
The film is about “finite nonlinears,” robots that resemble humans, but are even more perfect than humans. Eventually, they are intended to replace humans in spaceflight. A little apprehensive about its uselessness, Unesco marks a space flight to test its reactions to humans who also make up the crew. Pirx is chosen as the commander of the flight, and the identity of the robots has not been revealed to him …
Co-production between the USSR and Poland, “Test Pilot Pirxa” has been cited by some critics as a precursor (if not even an influence ) to “Blade Runner” (1982), given the concerns of its history, and the unstable relationship between robots and humans.

OCTOBER 28TH:
To the Stars by Hard Ways (1981) by Richard Viktorov,
A space mission encounters an unidentified alien spacecraft. On board the ship, the crew finds a woman, apparently the only survivor of some tragedy. Back on Earth, scientists try to find out if Neeya is human or an artificially created being, since she does not remember who she is.
Written by popular science fiction author Kir Bulychyov, it was a critical and public success in the days of its launch, and after the fall of communism, it became a cult movie among young film buffs. This renewed popularity provoked the success of a restored version of the film (project of Nikolai Viktorov, son of the original director Richard Viktorov) in 2001.”

NOTE: You’ll probably need some Portuguese for the subtitles on these. But the visuals themselves should be stunning enough.
And, in pure Soviet utopia fashion, the entrance is free.

Here’s a trailer from the other side.