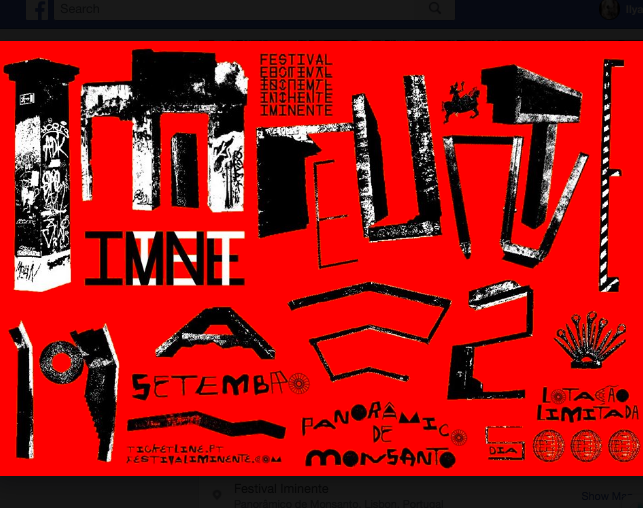 What’s a good way to end your summer?
How about with an art and music festival inside some cool post-apocalyptic-yet-intact semi-ruins inside a forest in Lisbon?
Restaurant Panorámico (aka Panorâmico de Monsanto), the abandoned, off-the-beaten-path architectural marvel overlooking the city, welcomes back Festival Iminente 2019 this weekend for four days of well-rounded fun.

From the organizers:
“That’s right, it’s Festival Iminente once again. It might not even be such a good idea to gather in the same place activists of an emerging and urban culture. But that’s the way we are, we like to do what we believe in. New music and new art. Restless and explosive lusophone culture. Manifestos for freedom of expression and human rights. Diversity. At the Panorâmico de Monsanto, where the future has always been made.
After making its way around the world – London, Shanghai, and Rio de Janeiro – Iminente is now returning to Lisbon for four days of collective cultural intimacy, reflecting on the concepts of Identity and Diversity. And there’s nothing like returning home…”

Learn the deets, including the full line-up, here.

TICKETS*: 15€ per day, on sale here.
*There are only 5000 day tickets – no festival passes – and, like previous years, there are no ticket booths or ticket sales at the gates.