An event every week that begins at 14:00 on Monday, Tuesday, Wednesday, Thursday, Friday and Saturday, repeating until September 28, 2019 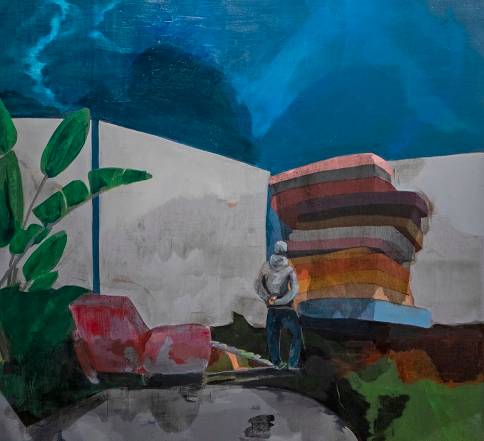 João Teixeira (not the football player) was born in 1982 in Coimbra, where he lives and works today.
He studied health and medicine for over 15 years and started dabbling in painting in 2012.
Since then, he has had numerous solo and group shows, both at home and abroad. The human figure is his central point of interest, specifically “its movement and iteration with the environment.”

João’s latest show is called Babel, and is described by its organizers like this:
“Babel is a chapter that has been stored for some time in the drawer of stories that João Teixeira creates through his works. A chapter that translates his view of intolerance, indifference to others, hasty judgments, prejudices that determine behavior, and preconceived condemnation of the unknown.
Through the figurative expression of the works that make up “Babel” which, in its genesis, portray his vision of refugees, João Teixeira encourages us to look closely and seriously to reflect on the values ​​of our time and the role of each. One, in a world that belongs to everyone.”