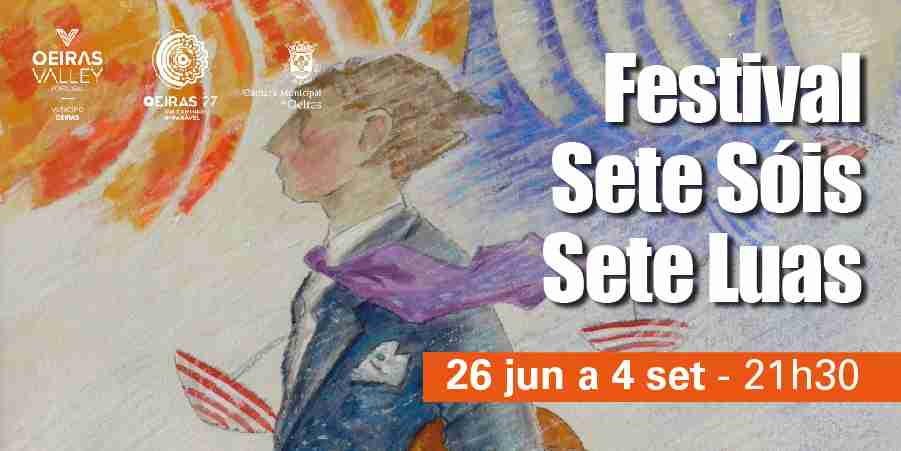 From Município de Oeiras, the organizers of this weekly festival:
“The 30th edition of the Seven Suns Seven Moons Festival will take place from June 26th to September 4th at Fábrica da Pólvora in Barcarena and Parque dos Poetas, in Oeiras.

The Festival was born in 1993 and is today a project promoted by a Cultural Network composed of 30 cities from 10 different countries: Brazil, Cape Verde, Croatia, France, Italy, Morocco, Portugal, Romania, Slovenia, Spain, and Tunisia.

In Oeiras, it appeared for the first time in 1997 and, since 2000, it has found in Fábrica da Pólvora of Barcarena one of its most important stages at an international level, benefiting from the excellent logistical and technical conditions and the participation of a loyal audience.

In 2021, the street theater activities were held at Parque dos Poetas, extending the festival’s geographic involvement in the municipality of Oeiras.”

NOTE: The last day of the festival is Sunday (not Friday), Sept. 4th, and there are free open air film screenings and street theater performances on a few random Saturdays and Sundays before then too.