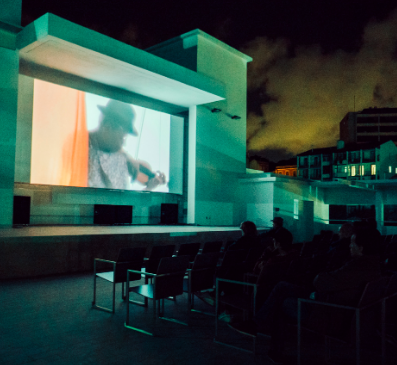 The 17th edition of the IndieLisboa International Film Festival was set to kick off on April 30th, 2020. Then a global pandemic happened, somewhat hampering its independence…

Let’s see what happens, but, for now, the organizers say this:
“This year the festival has more than 240 films and takes place in the middle of summer, from August 25 to September 5, with voices that cross sections and languages, and this year they emphasize that they are here to stay…

Unlike other years, this edition will feature open-air cinema sessions, adding to the usual festival rooms the Capitólio Cineteatro, where we will be able to see cinema on a screen with the sky as background, and where films can be seen almost every night. The opening ceremony of the festival will start at 7 pm on the 25th of August at Cinema São Jorge.”

PDF of the full program here.

More info about all the planned happenings here.