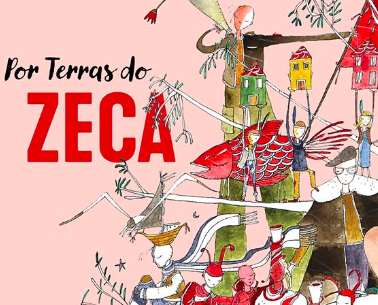 José Manuel Cerqueira Afonso dos Santos, aka Jose Afonso, aka Zeca Afonso, aka simply Zeca, was an interesting guy. He wrote funky folk songs. Oh, and he helped start and successfully end the Portuguese revolution. For these and other reasons, Jose remains a national treasure.
The organizers of Por Terras do Zeca would like to pay tribute to Zeca, and here’s what they say:
“This concert is a tribute to his work, both as a composer and as a poet.

Thus, we present a rich show, which will include some of his best-known compositions, such as Green are the Fields, What Love Doesn’t Fool Me, Half-Beach Indians, and Come Five More, which come dressed in new colorful arrangements, but also original themes based on his figure, and other compositions less well known to the public, such as Papuça.

The show will feature performances in various formats, namely duet, quartet, and solo, and will last approximately one hour and twenty minutes.”

Plus 50 young musicians from the Vaguense Philharmonic.

Should be pretty badass.

Take us away to those fields of green, Jose.