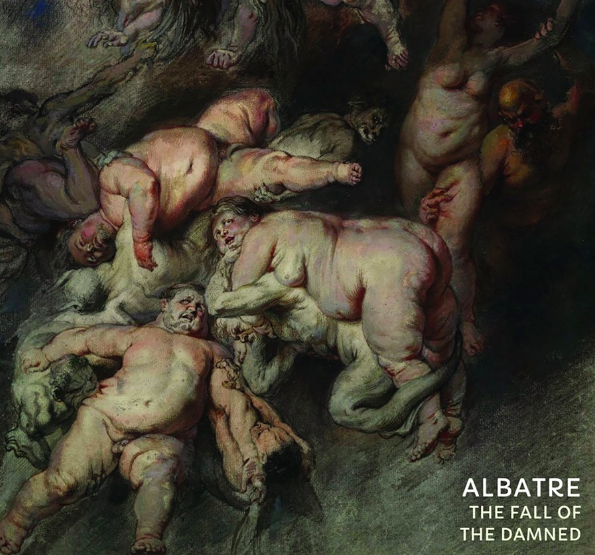 Albarte is a jazzcore ensemble.
Here’s what they say about themselves:
“Albarte is an experimental music trio operating from Rotterdam. Their music is a joyously harrowing display of urgent bass & sax noise, skewed jazz elements, frantic but meticulous drumming, and abrupt mood shifts. Albatre can be seen as part of a burgeoning micro scene of artists highlighting the crossover of improv, noise rock, and jazz currently made in Holland.”
Their new album is called The Fall of the Damned.

Disgraça (“disgrace”) is one of Lisbon’s coolest non-profit venues that relentlessly refuses to gentrify.
Here’s what it says about itself:
“A space where no racist, sexist, homophobic, transphobic attitudes or discourses are tolerated. In this way, we reserve the right to prevent the entry of police officers, judges, ministers, presidents, Nazis, neo-Nazis, proto-nazis, nationalists, or any other vertical animal suffering any kind of authoritarian or supremacist idiocy.”

On Monday, Disgraça hosts yet another vegan dinner, with Albarte playing some tunes off their new album afterwards.

*Entry is donation-based.
Don’t be a dick.