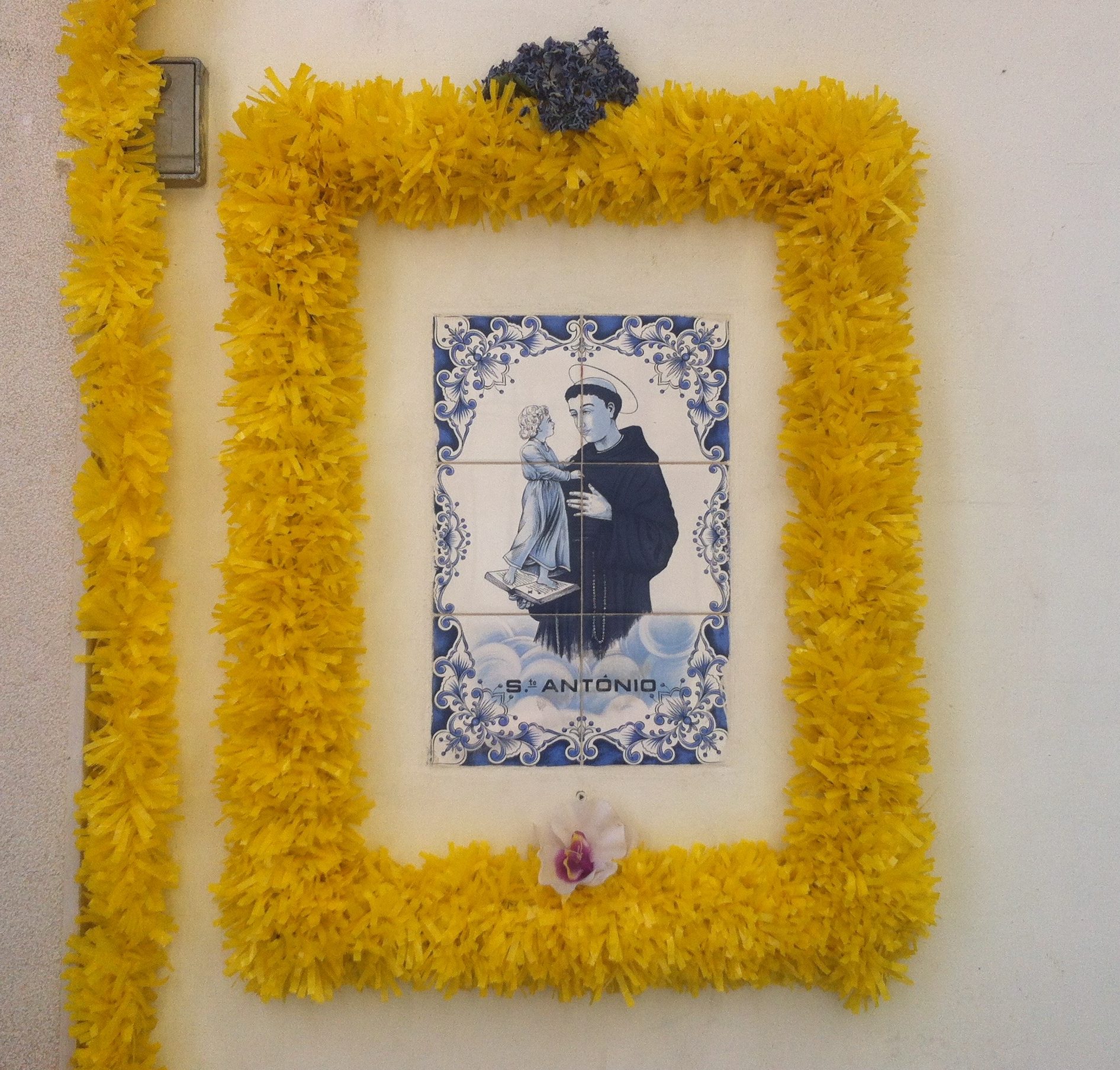 What to Expect in June: Festas de Lisboa 2019

Festas de Lisboa are almost upon us, and as you know, Atlas likes to do our planning ahead so we can pack it all in and still have time to catch a film, see a show, or just lounge at home. Prepare for more than just cheap beer and pimba this year, folks: the Câmara Municipal has been busy taking Santo António to the next level.

Holy mackerel, that’s one mean sardine! The free exhibit “100% Sardine” at Espaço Trindade in Chiado celebrates the best of this year’s illustrated sardine proposals for the annual EGEAC contest that has been running since 2010. Schools, part-time doodlers, and professional illustrators have all submitted their own fish-shaped creations in hopes of being one of the final selections to promote the festas. See them all in one go in what seems to be the best way to understand what makes Lisboetas tick.

The Fado Museum is hosting “The Sound of Saudade: The Portuguese Zither Guitar,” a fascinating journey through the history of the Portuguese guitar, from the 18th century to the present, through more than 50 instruments gathered from public and private collections.

All Day: Happy World Children’s Day! Over the weekend, the theatrical performance “Guardar Segredo” will invite youngsters to enter one of two wardrobes placed in the garden at Quinta das Conchas for the one-spectator, one-actor show that will last five minutes. What happens inside is anyone’s guess. Can you keep a secret?

15h: Come celebrate the first anniversary of LU.CA with a special program just for the kids beginning at 15h with readings by Miguel Fragata, workshops by Maria Remédio, Joana Leal, Rita Raposo, and Belisa Sousa, “Querido LU.CA,” “O Som do Teatro,” and more. At 16h30, the stage will host “Smashed,” by Gandini, a juggling act sure to delight even the littlest attendee. Outside on the Calçada da Ajuda the “Airplane EZ ticket” performance will take place at 15h, 16h, and 18h. 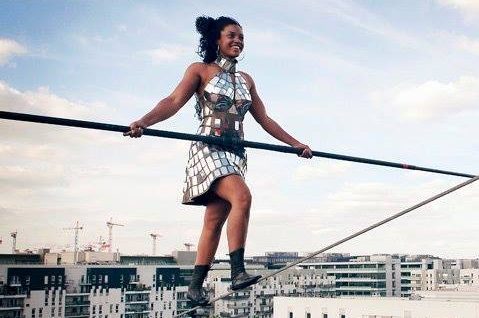 19h30: It’s a bird! It’s a plane! It’s a… tightrope walker? The French funambulist (yes, that’s a word) Tatiana-Mosio Bongonga will walk a 300-meter tightrope stretched 33 meters above Alameda D. Afonso Henriques towards the Fonte Luminosa. Accompanied by live music by the Banda da Armada and operated by the circus company Basinga, this death-defying spectacle is meant to commemorate Ferdinand Magellan’s circumnavigation of the globe.

21h: The Altice Arena will open its doors to the public, for free, to celebrate the Festas as interpreted in dance by various neighborhood associations across the city. Day one welcomes the children from “A Voz do Operário,” and the neighborhoods of Boavista, Bica, Marvila, Alfama, Baixa, S. Vicente, and Graça. On June 8, the stage will be handed over to the Mercados and the neighborhoods of Mouraria, Bela Flor-Campolide, Carnide, Alto do Pina, Alcântara, Madragoa, and Olivais. Lastly, on June 9, we will welcome the Santa Casa and the Parque das Nações, Castelo, Penha de França, Beato, Bairro Alto, and Ajuda neighborhoods to the party.

21h30: Estádio 1º de Maio in Alvalade hosts daily concerts by various musicians including GNR (no, not Guns n’ Roses, silly — the police! And no… Sting will not be there — now you’re being ridiculous), the fadista Sara Correia, as well as Avô Cantigasm among others. FYI, on June 10, the party starts at 18h30. 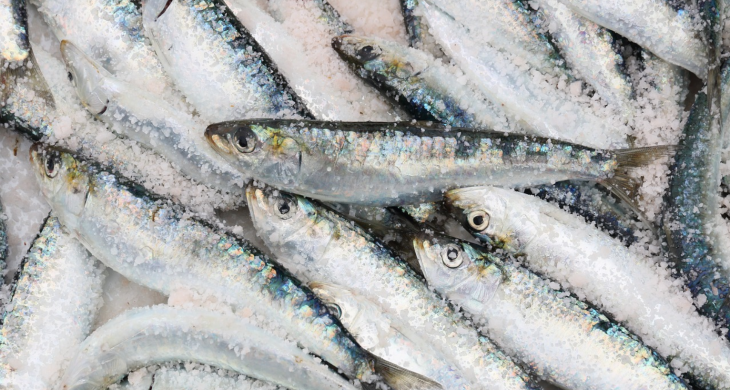 All Day: The Museu da Cidade presents the “Thrones of Santo António” street show, where those who have built their own thrones to the popular saint will need to indicate where they’ll place them so the museum can create a map they’ll make available online.

16h: The Pátio dos Lagares – Innovation Center of Mouraria is hosting a “Sinning Saints” extravaganza that has been classified as “tropical urban,” boasting South American sounds, tasty trans-Siberian nibbles, and a spectacular view of the castle.

17h: St. Anthony is heralded as the patron saint of finding lost things, avoiding shipwrecks and, of course, matchmaking, so what better way to celebrate him than to see 16 couples get hitched? Head over to the Lisbon Cathedral and City Hall in the early evening and you can do just that.

21h: Av. Liberdade will come alive with dancing, costumes, and newlyweds for the Popular Marchas parade of 23 groups who have been preparing for this spectacle all year. Come welcome the Ribeira de Frades marching team from Coimbra, and show them just how funky Lisbon can get down.

22h: The famous fadista Ana Moura will team up with Porto’s favorite a capella group Sopa de Pedra for Fado at the Castelo. The night is sure to hold many surprises and a lot of singing and dancing that will carry throughout the city. This one’s sure to be popular, so get to the ticket booth at the Castle early. Tickets go on sale starting at 20h so send a friend who doesn’t mind lines.

17h: Cheer on the 900-some children from various town councils in Lisboa’s Children’s Parade entitled “Letters, Colors, and Flavors in Lisbon, the City of Tradition.” Belém’s Praça do Império will come to life with individual and group performances that will lead the crowd all the way to the nearby garden of Vieira Portuense with dancing and singing.

22h: Raquel Tavares has been wowing crowds with her particular brand of contemporary fado since she was 12 years old. The talented fadista will join up with the Gospel Collective, known for their infusion of jazz, soul, rock, Afrobeat, hip-hop, and funk with spiritual gospel music for the second and last night of Fado at the Castelo.

Various Times: The free Summer Choir Festival takes place in various locations in Belém over the weekend, welcoming ensembles from Slovenia, Spain, Ireland, and Germany as well as marking the debut of “Linhagem” by the composer Eurico Carrapatoso. The show is meant to commemorate the 500-year anniversary of Fernão de Magellan’ circumnavigation of the globe. See the schedule for specifics.

21h: The Orquestra de Câmara de Cascais e Oeiras will perform works from Beethoven, Robert, and Mozart at the Basilica da Estrela. Free admission and awesome acoustics are two big reasons this should be on your to-do list.

19h: The Tejo and Fado are two of the most important elements that make up the city of Lisbon, so why not pair them with the third, a Pastel da Nata? LisBoat and the famed Fado & Food group have teamed up to deliver a fantastic hour-and-a-half cuise set to the soundtrack of traditional fado expertly performed amidst the iconic and colorful backdrop of Lisboa under the setting sun.