If you judge a course by its par threes, these two courses near Lisbon won’t disappoint you.

One of the benefits of being a golfer is the requirement to follow developers and golf course architects to some of the most beautiful places around the globe in order to test oneself for eighteen holes.

While land for the first courses were established on agriculturally “worthless”  links land in Scotland, modern developers work with architects to set aside some of their best areas for their golf course’s routing.  When blessed with ample land and an ample budget the results can be breathtaking. What we found in two courses just west of Lisboa was a wonderful blend of the old and the new.

A word of caution: If you’re traveling to Lisbon to play, make sure you take the weather and wind into account. The winds can make a hot day feel downright chilly in the shade, so I recommend packing a windbreaker regardless of the time of year you intend to play. Check the forecast and make sure you’re prepared. 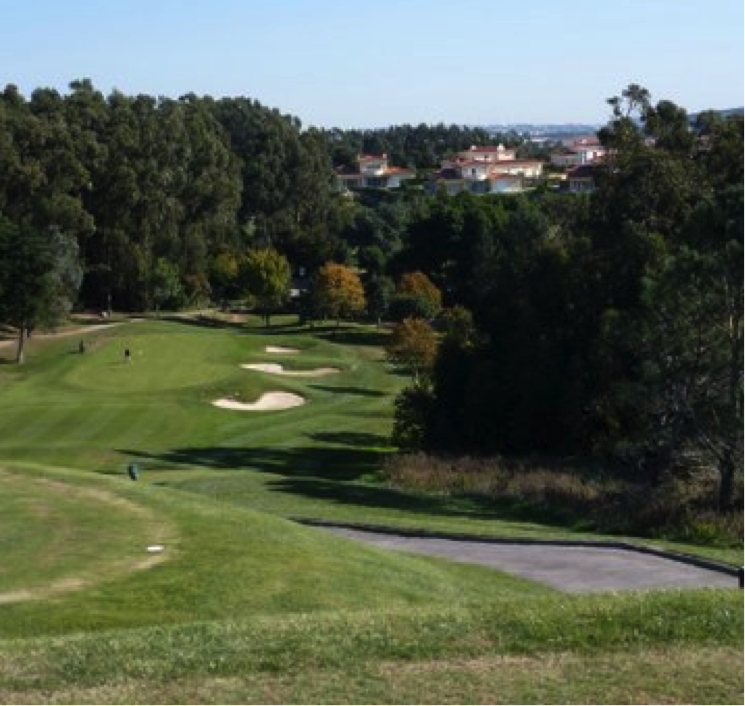 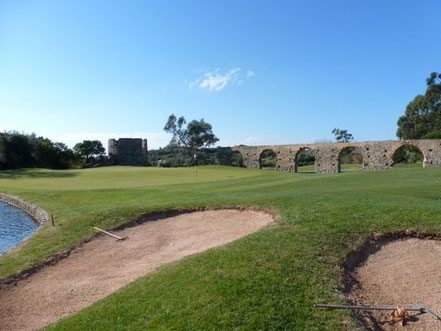 Originally the site of a 14th century monastery and soon after a retreat for the Portuguese royal family, Penha Longa is situated in the hills between Sintra and Cascais. The resort itself is expansive and beautiful, offering all the amenities one would look for in a five-star hotel and spa.

The Course: As one would expect from a host site of the Portuguese Open this championship course is very well maintained and artfully laid out over and around hills, lakes, and 15th century ruins. The course is challenging in its elevation changes, which consequently give you stunning vistas and the opportunity for dramatic shots on each nine of this Robert Trent Jones Jr. Atlantic course. It is a beautiful park land course, a memorable round, and certainly on my list to revisit.

Proximity: Given its proximity to Palacio Pena and Sintra’s city center, you won’t run out of things to see and do after your round. You will, however, need a car or taxi to get there.

Rating: For a strictly resort course, Penha Longa is relatively well-valued golf given the quality of the course and the fact that I was not a guest at the hotel. 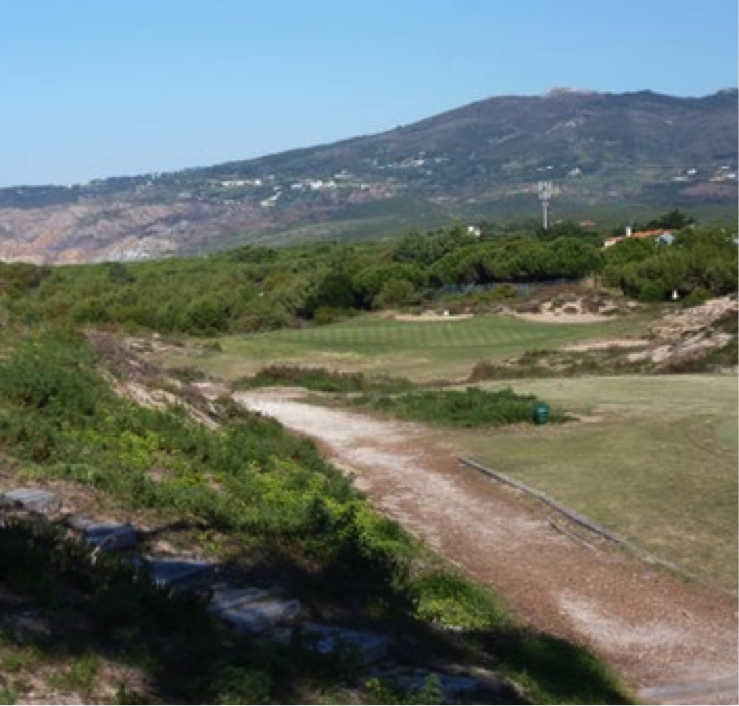 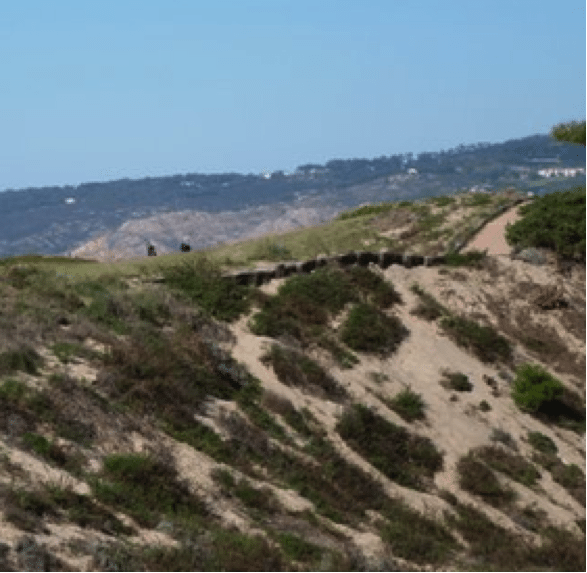 Just  to the south of Cascais is Oitavos Dunes, a host site of the Portuguese Open and consequently ranked in the top 100 golf courses in the world. It was built by the family who had owned the property for over one hundred years and opened in 2010.

The Course: Renowned architect Arthur Hills’ design and rave reviews by golfers and golf publications quickly catapulted this course to its lofty ranking. As I had hoped, this is a true championship links course along the Atlantic, which was a challenge and a joy to play.  From somewhat non-descript opening holes it unfurls its full strength soon enough with gorges, waste areas, dunes, and wind, forcing you to concentrate over each shot in spite of the tantalizing backdrop of mountains and ocean. Even so, work continues on this young course, making it even more highly regarded in new rankings and rightfully so.

Proximity: A ten minute drive from Praia Guincho or a 6€ taxi from Cascais, this course won’t force you into a corner for planning the rest of your day.

Rating: Oitavos Dunes was an absolute bargain. Even with its five-star accommodations it felt more pointed to golf.