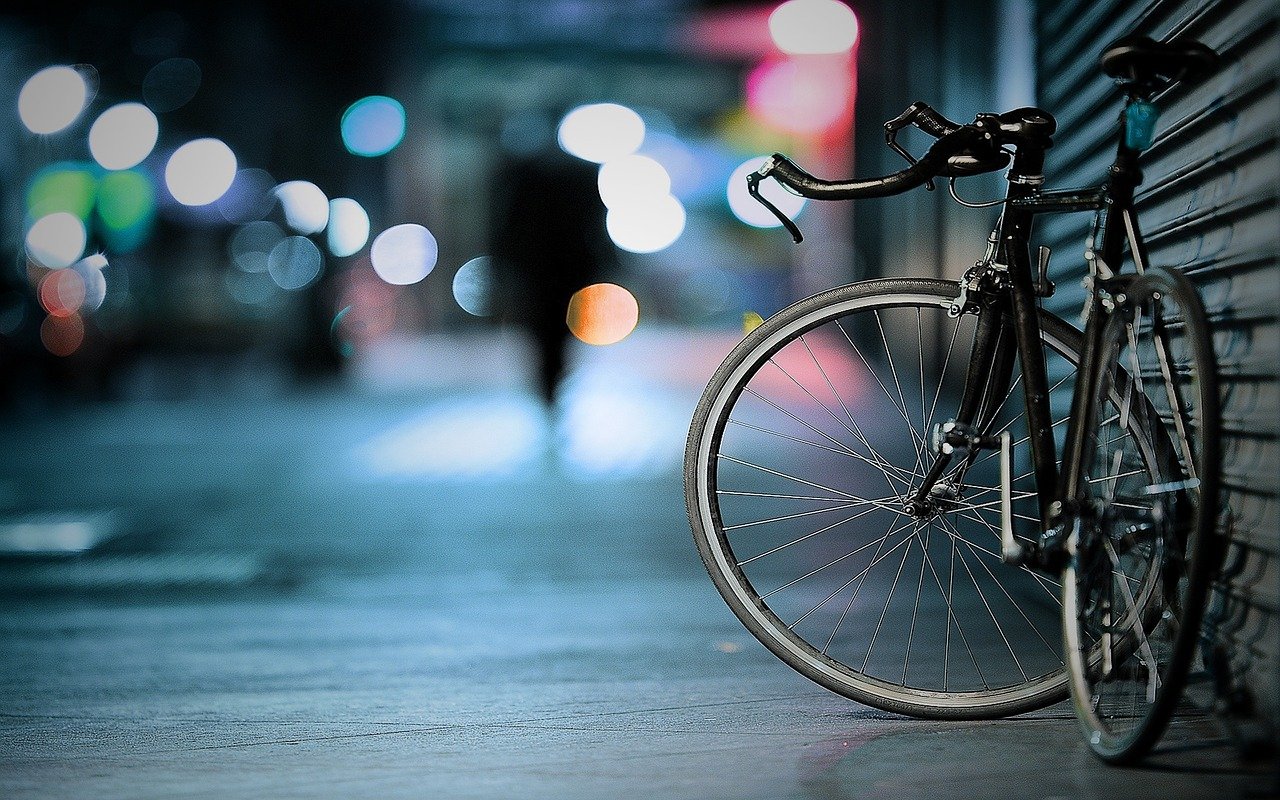 How to Use GIRA, Lisbon’s Home-Grown Bike-Sharing Network

GIRA works off your phone: download the app, give them your financial details, and you’re ready to bike. This Atlas correspondent was able to do all of that in about 10 minutes. But then the problems began.

We have a few tips on using Lisbon’s app-controlled bike-sharing service that could save you some headaches — and hopefully the program itself. 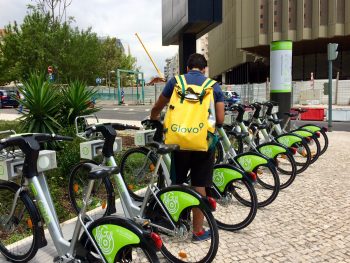 GIRA, which now has hundreds of bikes, many of which are electric-assist (!), was launched by Empresa Municipal de Mobilidade e Estacionamento de Lisboa, or EMEL for short. If you drive in Lisbon, you know the name: they collect parking fees all over the capital and then get the police to tow offending cars for them.

GIRA unleashed its bike-sharing service on the general public a few years ago. Currently, it seems to favor the corridor from Praça Comercio toward Praça Espanha and then Campo Pequeno, with several outposts in EXPO, and in recent months has been adding stations heading toward Belém as well. If they can keep up with the maintenance, GIRA is on the verge of becoming a viable alternative to buses, trolleys, Ubers, and tuk-tuks, too. For those who can ride bikes, of course. Here is a map of all the stations.

The program works off your phone: download the app, give them your financial details (they take PayPal, and anecdotal evidence suggests that when they ask you for a Portuguese NIF, you can give them your passport number or another number you can prove with an ID), and you’re ready to bike. This Atlas correspondent was able to do all of that in about 10 minutes using the free wi-fi provided by the GIRA station itself. Once you’re signed up, turn on your location tracking, fire up the app, pick the station you’re standing in front of, and it will show you the available bikes, including the charge, in percentage, on the batteries of the ones that are electric. Pick a bike, unlock it in the app, and pull it out of the bay. 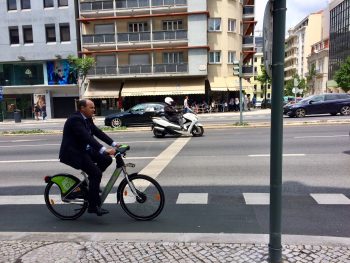 – Llisbobs’ Gira is cheap, compared to, say, Madrid’s bike-sharing program. As of Oct. 11, 2022, Gira costs €2 per day, with the first 45 minutes free, then charged at €2 for every 45 minutes after. You can cover half of Lisbon in less than 30 minutes on these things, especially the electric versions.

From personal experience on an annual pass, by the way, the first 45 minutes are always free. Here’s how Gira’s (google-translated) terms and conditions explain that phenomenon:

For current info on pricing, head to Gira’s “tarifários” page.

– The electric-assist bikes will make you forget you’re riding uphill. You may never want to ride a regular bike again.

– You can leave your fixie for when you go to the festivals on the waterfront with all the other hipsters.

– Free wi-fi at the stations, even if you have no intention of using their bikes

– They’re putting in more stations all the time.

– Definitely not enough stations outside the current corridor

– Electric-assist means you have to pedal to turn on the assist engine, so this isn’t a scooter. However, it’s still a very minor expenditure of energy to get the thing moving, even on steep hills.

– The vast majority of the bikes currently available are not electric-assist.

– After October 2018, the 2€ daily subscription option was supposed to become 10€ per day, so that may still happen.

– The GIRA app crashes frequently. In our experience, about a quarter of the time. In September 2022, it just started opening with a warning that it’s experiencing technical difficulties.

– The bikes occasionally don’t come out of their bays even when the magic green circle is flashing, although that’s been getting better. Sometimes they also don’t get into the bay right away, no matter how much you twist it up and down and slam it in there. Just. Won’t. Go. In. And if you walk away…

– There’s a chance GIRA will charge you because your time runs over 45 minutes. Here’s the best part: since you can only pay for a subscription, you’ll be in EMEL’s debt. And they’ll want you to pay before you take out the next bike. This usually happens when you’re already running too late to walk or take the metro, so you’ll pay. And then…

– Customer service. They take a looooooong time to respond.

Our recommendation? Get used to restarting the app regularly. When you have problems returning the bike, try different bays, different stations, if you have to, and don’t be in a rush (ha!). If you see an EMEL employee fixing the station, ask for help — and be nice to them. They’re the only ones preventing the system from sinking to its knees.

GIRA is a good service, a great service, even, though it probably could have done with more testing before they took it out of the suburbs of Parque das Nações. They should also probably hire some more people to respond to phone calls and emails, but right now this is Lisbon’s locally grown bike-sharing program, so support these poor souls for a greener city.

GIRA expects you to rate every single bike you take out, which is incredibly annoying, intrusive, and, frankly, a waste of everyone’s time. It appears the reason for the rating is benevolent: you can send GIRA a note telling them if something is wrong with the bike. If you have that sort of time, by all means, go for it. But some cities have decided on a much simpler system: if something is wrong with your bike, when you park it, people turn the seat in the opposite direction. That way the program’s staff will know it needs fixing and other users will know it may not be a perfect ride.

“[Infrastructure Minister Pedro Nuno Santos] said in a national presentation the plan would make the country’s rail infrastructure more modern and environmentally sustainable, and allow for train travel from Lisbon 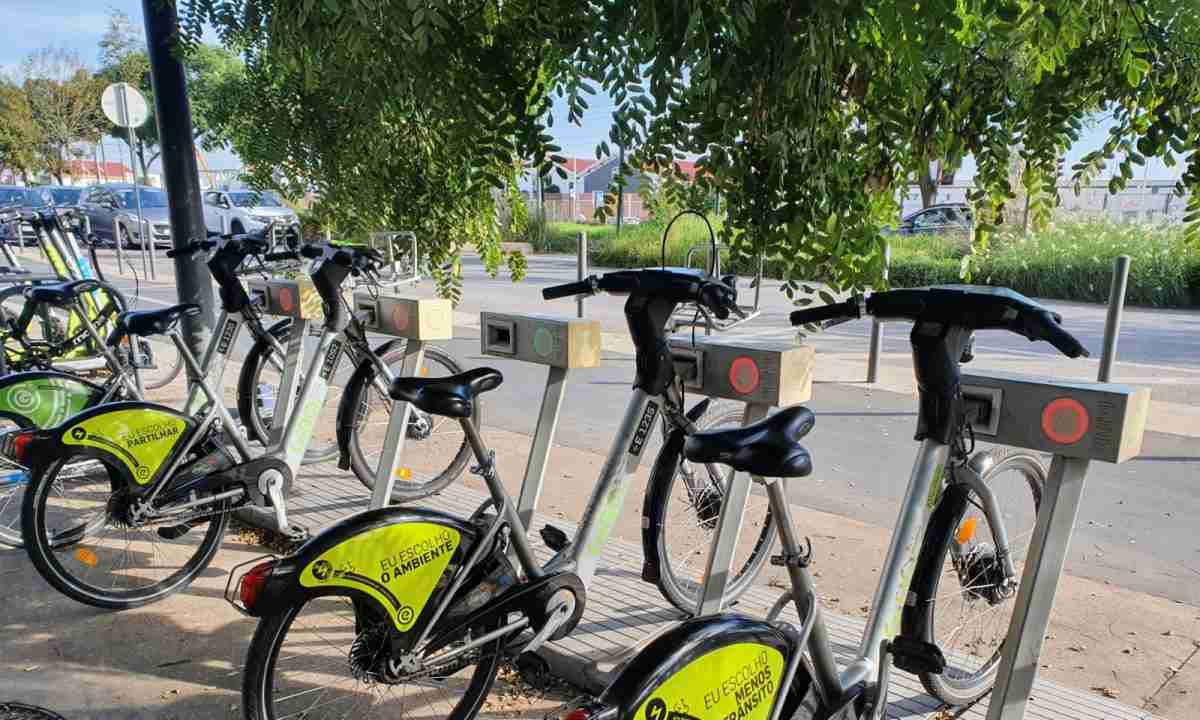