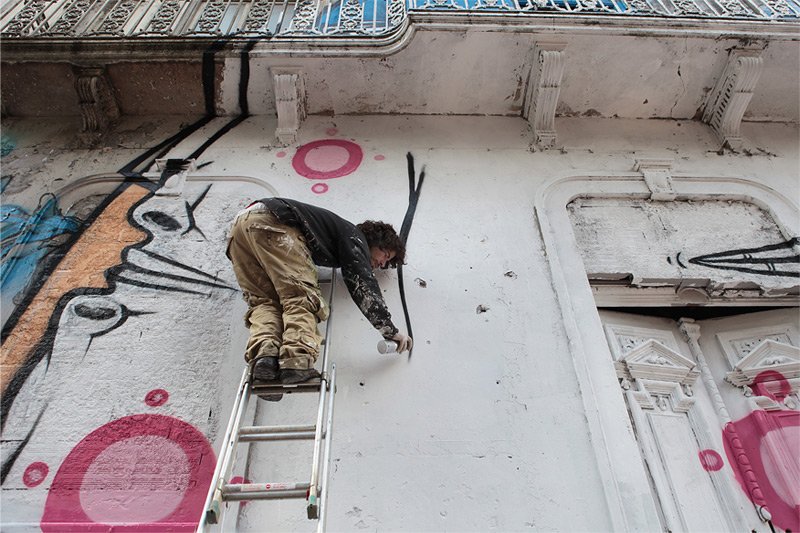 "I realized how selfish graffiti could be — especially when you just write your name. I decided right then I wanted to develop a cast of characters to do the talking for me."

Gonçalo Ribeiro, or Gonçalo MAR, as he is better known, took a can of spray paint one night and made his graffiti debut on the side of an abandoned medical center on the beach when he was quite young. The building might have been demolished ages ago, but that stroke made a lasting impression on the artist.

“I realized how selfish graffiti could be — especially when you just write your name. I decided right then I wanted to develop a cast of characters to do the talking for me.” 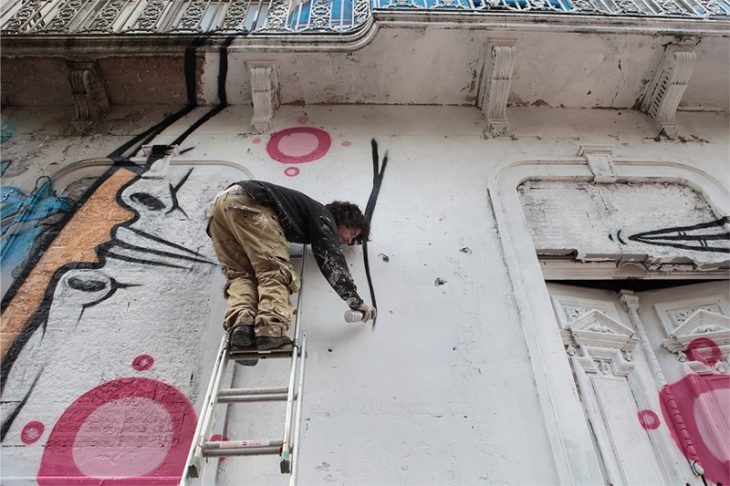 From that fateful night on the beach, Gonçalo, originally from Fonte da Telha on the other side of the Tejo, has adorned the streets with his weird and wonderful characters. He’s also behind the graphic manifestations of our favorite beers on the Oitava Colina labels, and now fourteen pieces have come off the beers and walls and onto the canvas at Amsterdam’s O.D. Gallery.

MAR is co-exhibiting in the show, entitled Symbiosis, with the similarly kooky German artist Jim Avignon. I rode with Gonçalo in his van from Cacilhas to Almada Forum upon his return to Lisbon, and I picked his very imaginative brain about what inspires him, what he’s working on, and why he does what he does.

As an urban artist, Gonçalo considered the Amsterdam show a learning process and a challenge. He wanted to capture the essence of street art and translate it to the canvas without losing the volatile nature that draws his brush to a wall. “With street art, you never know how long it will survive in the environment. It either gets absorbed, cracked away, or painted over. My idea was to trap the ruining process.”

To achieve this idea, Gonçalo created an intricate fully-rendered design, let it dry, and covered it completely with concrete. Later, he used rainfall, wind, sandblasting, and a bit of brushing to weaken the concrete and cracked away areas of the canvas to reveal parts of the painting underneath. The last step was to lock it in with a clear sealant. The overall result precisely captures the temporary quality he was striving for and it was exhibited to rave reviews.

I asked him how he came up with the idea, and where he generally goes to brainstorm. He laughed. “I can be inspired by anything really, but I really like to go to FNAC. I like to smell the books. You can usually find me in the graphic novel section flipping through whatever’s new.” It was in this spot, at the FNAC in Almada Forum, just above the art supply store he frequents, that he came up with Yoda, his most recent piece near Ginjal in Cacilhas.

While we were flipping through issues of Lone Wolf and Cub, I asked Gonçalo what was next in store for him. He told me about the Portuguese group show at the GCA Gallery in Paris running until mid-July, called Made in Portugal.

MAR, along with Akacorleone, Mário Belém, MrDheo, Nuno Viegas, Pantónio, and João Samina, was faced with the task of summarizing the traditions and culture of Portugal with his art. Gonçalo rose to the challenge by pairing his own colorful characters on canvas with hand-made careto masks made by one of the local artisans from Lazarim. 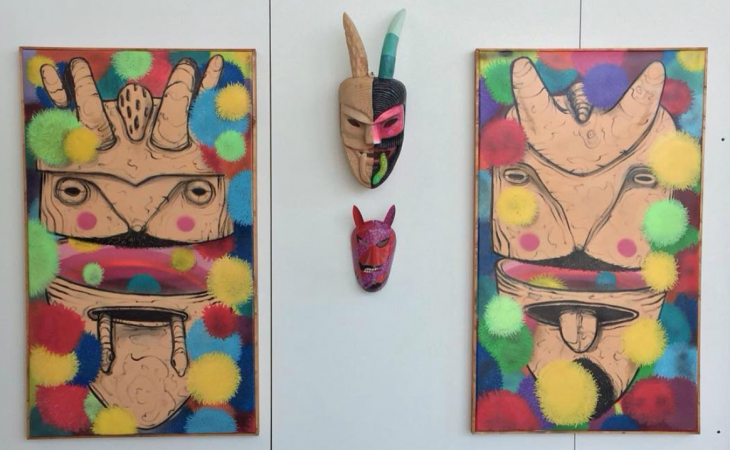 As it was getting close to lunchtime, I asked Gonçalo what his favorite meal is and, considering his most well-recognised character, his answer didn’t surprise me. “I like a nice grilled fish, a ceviche, or any kind of sushi. Art Sushi in Setubal does it right, but there are many others I like to go to as well.”

This brought me to ask about how he developed the finger-fish character. “I wanted to make a surrealist adult Nemo looking for his father. My father died when he was 47, so that fish is more or less me— looking for a parent figure in a strange and often magical space full of possibility… I want my paintings to be a place where even the turtles can fly.” 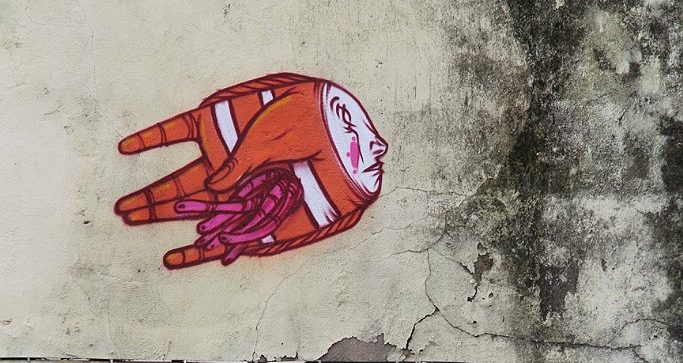 And fly they do. From Belém to LX factory to Baixa, from Faro to Carcavelos to Torres Vedras, MAR has touched hundreds of surfaces with his flights of fancy. According to the artist, some get it, some don’t.

When MAR started working 20 years ago, he did everything he did because he needed the money. He still needs the money, he claims, but he finds the work itself is the most important thing to him. “When someone asks me if I do commission work, I sometimes feel I need to explain that what they’ll be getting will be my style, my soul, and my subject. I have to be faithful to myself. I won’t be making them a poster of Tram 28. People often lack depth when it comes to their perception of contemporary art.”