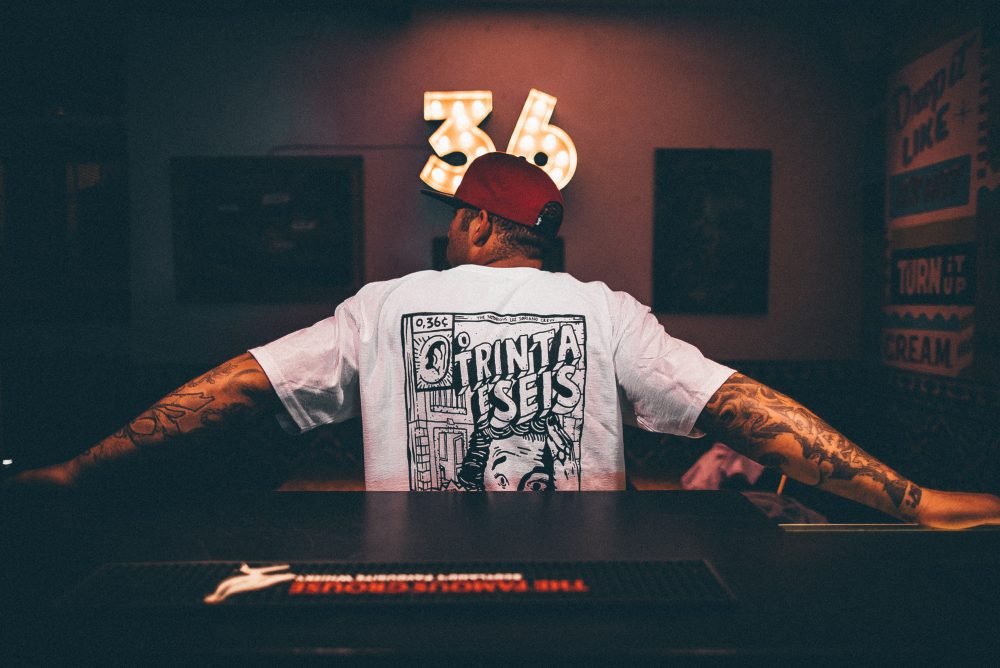 The Best Local Spots for Hip-Hop in Lisbon

We found the best local bars, clubs, and parties for hip-hop, r&b, and rap in the city.

In a rock-and-electronic music mecca like Lisbon, transplanted hip-hop fans can find themselves lost in the party scene if they don’t know where to look. To save you from drowning in a sea of house and techno, we’ve searched far and wide for the best spots to hit for hip-hop (and r&b, and rap, and trap) in the city. If you know, you know.

True hip-hop heads will find their niche at o36 in Bairro Alto, a tiny, unpretentious bar that feels a lot like being at a house party. The vibe is uber-chill; as party-goers wander in and out, greeting the DJ on their way to get a beer, you get the sense that everyone is friends — and in many cases, they are. The size of the venue forces the party to spill into the street, where you can still hear the music, packing the small intersection. While you can expect to hear real hip-hop no matter when you go, we recommend following the bar on Instagram to get the heads up on featured DJs and special events like Big Ups, a recurring tribute to influential artists that in recent months paid homage to Slum Village, Mac Miller, and Death Row Records.

Pink-street partiers in search of a dance floor and a more clubby vibe should head to Copenhagen Bar, Lisbon’s quintessential hip-hop spot. Expect a small, packed space and a cover charge to get in on weekends (6 euros on a recent Friday night, for example), but you’ll be treated with high-energy DJs and even the occasional live performance. Peep upcoming events on their Facebook page, like the monthly Em Família, featuring resident DJ Progressivu, and the newish Saucin’ nights from Portuguese label Real Caviar.

For an even bigger turn-up, head to Lust in Rio on Wednesday nights for Swag On, a weekly hip-hop and r&b party featuring DJs spinning a heavy rotation of early-aughts crowd-pleasers and club bangers. In the summertime, Swag On becomes an open-air event, taking advantage of the venue’s massive outdoor space alongside the Tagus, but the party still pops beneath a massive tent in the winter months. Again, expect to pay — men are typically required to spend a minimum 20€ inside; no charge for women until 01:30.

Park Bar, Barrio Alto’s touristy-but-still-pretty-cool parking-garage-rooftop bar (don’t worry, it’s covered and heated in the colder months), also regularly hosts DJs who specialize in hip-hop, r&b, and trap. On any given night, expect anything from ’90s hits to trap beats to vinyl-only collections — occasionally infused with tropical vibes. Check their events list on Facebook (look for DJs like Big, Fresh P, and Kronic) to see what’s on.

If you’re up for some genre-blending (think: hip-hop, afro-beats, funk, eighties, tropical, and more), head to Casa Independente in Intendente, a massive bar and dance floor in an eclectic building that’s positively lit on Friday and Saturday nights. The stage at Casa hosts a rotating array of both DJ-driven events and live music; keep an eye on their calendar to pick out designated hip-hop nights — but expect to dance your ass off any time you go.

And for something a little different, let us put you on to a new sound you should probably hear if you’re a hip-hop fan in Lisbon. Many local DJs and producers from in and outside the city are expertly blending African, Caribbean, and South American influences with hip-hop, r&b, and trap, often connecting the different genres with an electronic throughline. The result is a vibrant, creative, uptempo, uniquely Lusophonic sound that you can’t help but move to. If you’re into hip-hop, you’ll likely be into this too.

Start by checking out Na Surra at B.Leza Clube, a monthly afro-beats party hosted by Lisbon’s own Enchufada (a global music label fronted by Branko, of the legendary Portuguese collective Buraka Som Sistema), head out to Casa Ardente nights at Casa Independente (curated by Produçōes Incêndio), or hit Pink Street for Noite Príncipe at Musicbox.

The hip-hop scene in Lisbon may be small, the but vibe is strong. A smaller scene means more collaboration and more creativity — so whether you’re looking for a low-key night or trying to turn it all the way up, you might hear something you’ve never heard before.