Hitchhiking from Lisbon, Part 2.4: A Day in Two Worlds

The scrutiny with which the border patrrol looked at the IDs of anybody resembling a Middle Easterner was incredible. The man in front of me had his ID inspected with a magnifying glass by three different people.

The final part of Atlas correspondent Eden Flaherty‘s journey from Lisbon. Continued from Hitchhiking from Lisbon, Part 2.3: The Great Dutch Migration, or ‘Gezellig’

I roamed Leiden, preparing for the final leg of my journey. This is a picturesque city in the Netherlands, which provided me with a stark contrast for the rest of my day.

To get out of some cities, you must haul yourself through metro systems, bus networks, or industrial estates. Leiden, on the other hand, involved a gentle drift through suburbs connected by quiet roads and canals. Children played in the street and bicycles sailed past.

I went to the edge of a park where a path runs directly out to a slip road on the highway.
I felt like I was in a perfect position. The sun was shining and I was heading out alone, having left the second of my companions in Leiden. The cars were flying by, but in the space of 10 minutes, three had stopped to ask me where I was headed. By the third, I jumped in and was on my way. Alas, I ended up in a gas station on the wrong side of the road, but after traversing a couple of canals and a cycle bridge, I got where I needed to be, with a reminder that I was most certainly still in the Netherlands.

After hanging about for a couple of minutes, I got a ride all the way to the border of Belgium, getting dropped off at a service station on the perfect highway to get me to Brussels. With plenty of time and no worries about not getting a ride, I kicked back on a patch of grass and ate lunch in the sun. I eventually dragged myself around to the front of the station, and within a few minutes was in a truck headed to France. Cruising along the highway, drinking an imported Turkish drink, this was certainly a great last ride.

The only unfortunate part was that the driver decided to drop me on the side of the highway near the airport. I ended up on a hard shoulder at a huge intersection, not really close to anywhere, and in a very illegal position. I started walking and eventually managed to get across a bridge to a group of grim hotels and businesses. Luckily for me, there was a train station connecting straight to Brussels Nord.

Around the station, the first thing I noticed were the soldiers. Coming from the UK, seeing armed guards is still a relatively rare thing. Here, there were trucks outside and men in camouflage with rifles patrolling all the exits.

Like at any coach station, there were hundreds of people hanging about. Men, women, and children waited with their luggage, and after a while, I realized that this was the flow of migrants hoping to get to the UK.

Groups of young men perched on breeze blocks, a strip of plugs coming from a local building site charging their various devices as they chatted happily. If you hadn’t known why they were there, this could have been any other group of friends meeting on the street.

The atmosphere around the station was not intimidating, but it was certainly strange. A tension hung in the air like something was about to happen. A strange trepidation seemed to seep from everybody.

When the coach arrived, that’s when it really began. I headed over along with several men who approached the driver. There was no violence, no threatening behavior. The men simply pled with the driver to allow them onto the bus bound for the UK. Obviously, the driver refused, and aggressively took tickets off the passengers who were boarding.

Having taken a seat, I watched the people inside chatting excitedly as the dim lights of the standing coach barely illuminated the walkway. Groups of men had started approaching the sides of the bus, pulling on the handles to get into the luggage holds beneath. With this, the bus seemed to erupt. Passengers lurched from one side to the other, catching the men in their gaze. Some shouted for the driver, others asked what was going on.

Another man just kept saying that he had watched a documentary on this to whomever would listen to him. There didn’t seem to be much resentment on the bus, which was comprised of about 50% British passengers, but rather confusion and surprise at having this crisis of people so blatantly thrown in their faces. You could, however, feel a strange aggressiveness developing, almost like a mob mentality.

Stewards searched the entire underside of the coach, and we eventually pulled away. We headed through Belgium and France to the Calais ferry port, and people settled in with Brussels station somewhat forgotten.

However, as we pulled up to the port, we were all marched off the bus, through the winding bureaucracy of both French and British passport control, and back onto the bus. The scrutiny with which they looked at the IDs of anybody resembling a Middle Easterner was incredible. The man in front of me had his ID inspected (with a magnifying glass) by three different people before being allowed through. 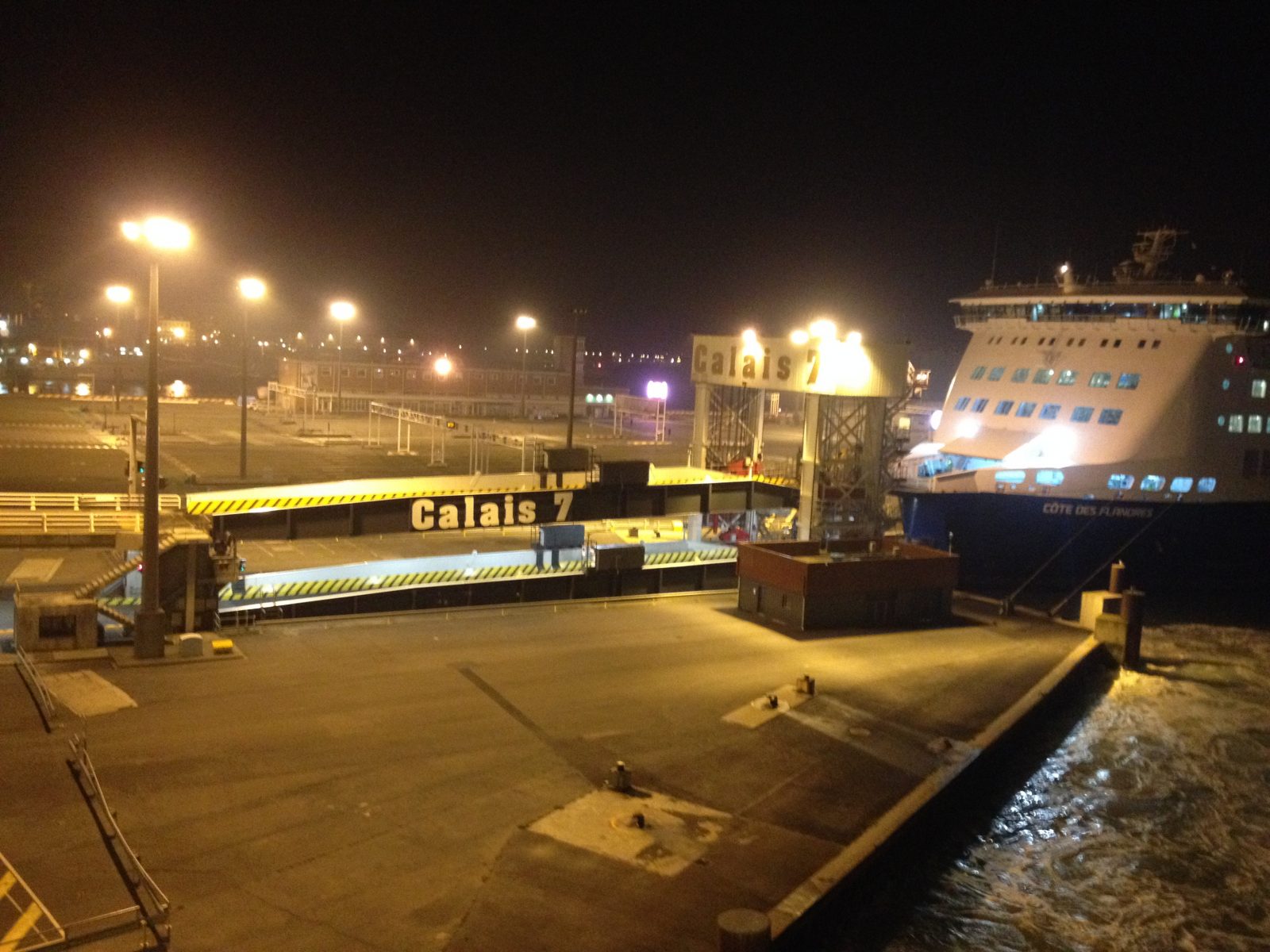 Then came the long and very dull ferry ride across the channel. After finally arriving in Blighty, we were singled out for yet another search. Here, all luggage, passengers, and the bus were x-rayed and checked in — a cold reminder of how hard this border has become to pass through.

We reboarded the coach and pulled off for the last hour to London. This was the final stretch for me, and I mulled over the fact that the one ride I paid for was undoubtedly the worst of the trip.

The strange atmosphere of animosity that had been developing on the coach (in a big way thanks to the unpleasant driver) didn’t dissipate for the rest of the journey. I pulled into London Victoria shortly before 4 am. I was glad to be off the bus but felt tainted from a step back into reality.

Hitchhiking these days is renowned for being harder than it once was. You don’t see nearly as many people on the side of the road, and the lifts you get tend to be from people who have done it themselves in the past. This, of course, doesn’t include France, which is overrun with hitchhikers (good for you, France!). However, we’ve had little trouble, even when we were three, moving across the entire Iberian Peninsula and into the rest of Western Europe.

On the first day, we were two guys, which in my opinion is the hardest combination; once a girl joined our little group, we got rides far quicker. This happened time and time again, with many people telling us that they would never have picked us up if it weren’t for our female companion. This is obviously not always the case, as shown with my experience in the Netherlands, but it certainly plays a big role in whether you get a ride or not.

The weeks we spent traveling, as cheaply as possible, were done purely for fun and the search for adventure. Passing through Brussels, Calais, and Dover was a stark reminder that whilst we, as Europeans with powerful passports and time to spare, can gallivant around, many people are currently making their way across Europe in the most dire of conditions.

After seeing the reaction I saw to those trying to cross the channel, I had to wonder how open the people of Europe would be to picking up any kind of “migrant.” How many offers of a bed and food would they receive? Would they even get a ride to the next town? The fear that seemed to grip many on my coach would suggest not.

As “intimidating” as some drivers find me, I am still a white, blond, British guy. Many drivers comment on how unthreatening I look, and the reassuring way in which I dress. If people trying to cross Europe out of need attempted to do so at gas stations and slip roads, I imagine the police would be called quicker than they would catch a ride.

When we think about migration, of any kind, the image of a migrant differs from person to person. In the UK, you envisage people of Eastern European, South Asian, or Middle Eastern descent. In Italy and France, it’s North Africans. This is obviously going to change things when discussing whether migrants would have as easy a time as we did hitchhiking around Europe. It is a sweeping term to begin with.

Both on this trip and previous ones, I have been picked up by Middle Eastern drivers, including two on my way out of the Netherlands. Would they be more hesitant in picking up a migrant? Many rides have also come from Eastern European truckers. Would they not pick up a Romanian rider? In fact, a fellow hitchhiker from Poland said his background actually gave him an edge, as he could chat to truckers with greater ease. It is impossible to tell how people would react, but I am not confident that all would share my positive experience. 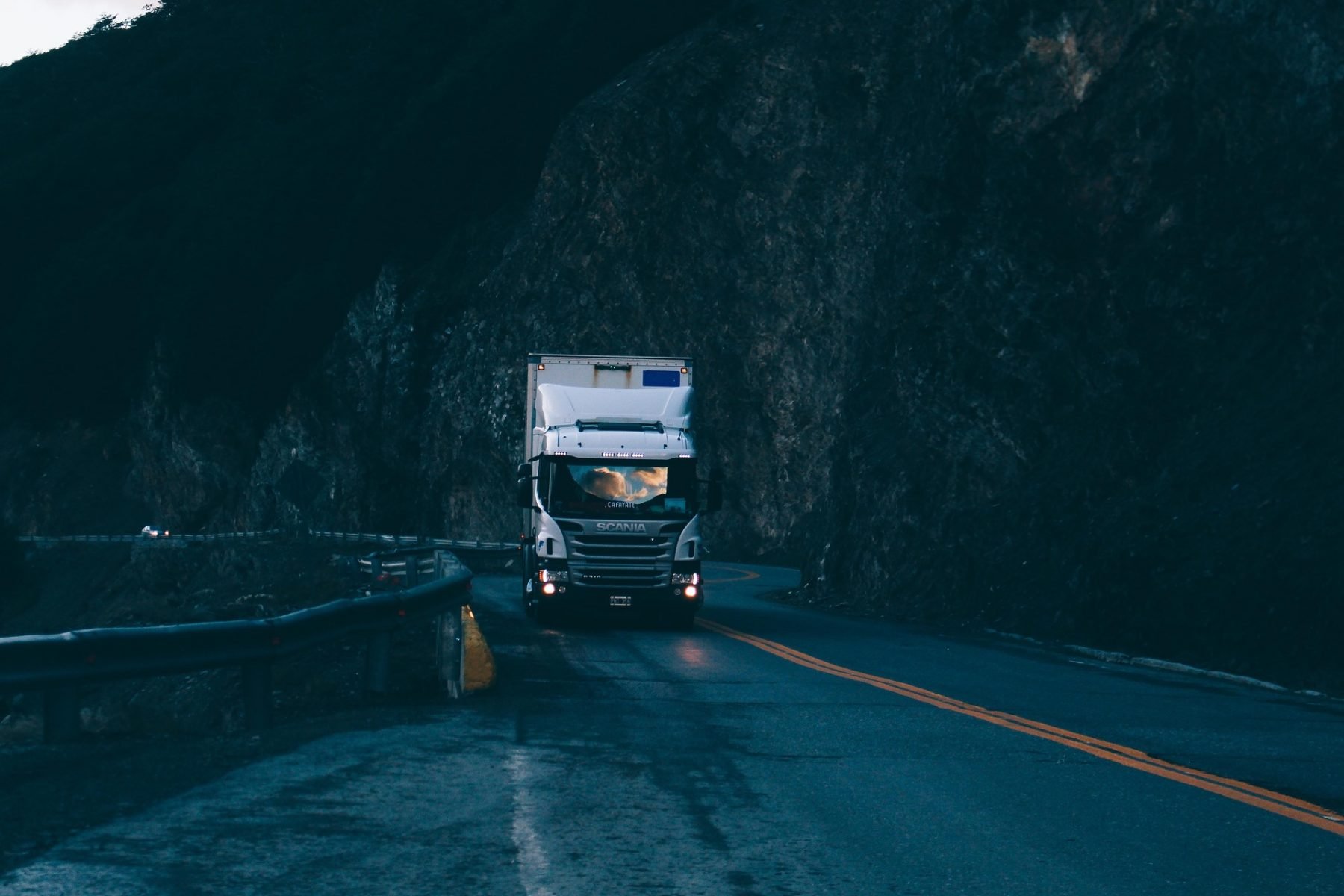 All things said, I recommend hitchhiking to everybody, without reservation. Our trip gave us all, I believe, a sense of freedom which is rarely achieved these days. To be able to wake with nothing but friends, your bag, and the road ahead gives a feeling like no other. You walk, dance, and ride your way across huge distances with an absolutely unique perspective.

One thing was repeated by all of us throughout the whole trip: that with no other style of travel do you see the things you do when hitchhiking. You go from mountains to cities, suburbs to country lanes, all in the space of a day. You end up in places you never expected to be, and several you never could otherwise. However trite it may sound, it is a form of travel that is all about the journey and the people you make it with.

Through the experience of traveling and the stories of the people we met, my hope for humanity was revitalized. I believe I said this on the first day, and it held true throughout. You see the very best of people. Dozens were willing to take us into their cars, others into their homes, and nearly all offered food, drinks, and advice. Bad experiences happen, undoubtedly, but across this trip of nearly two and a half weeks, I was continually surprised by the positive reception to strangers on the side of the road.