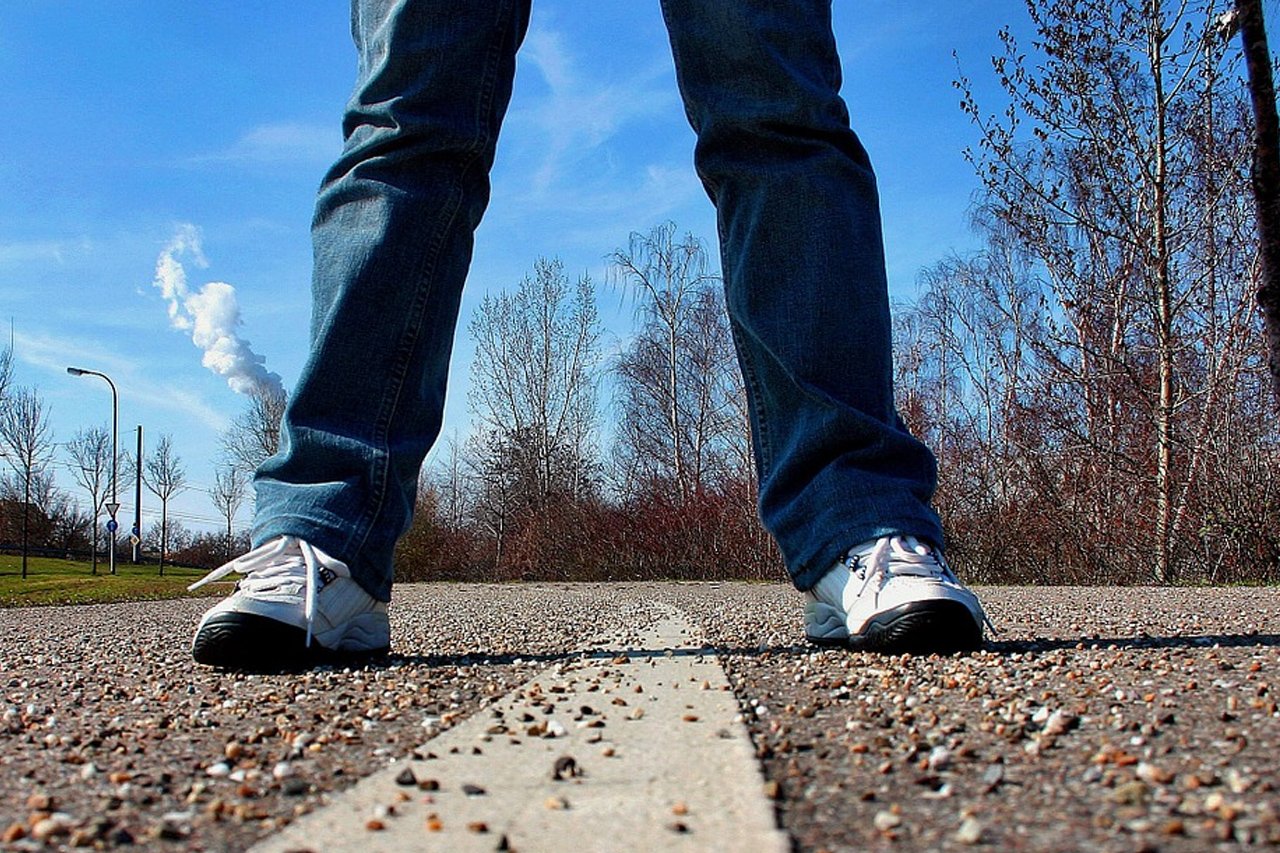 The redeeming factor about talking to hundreds of people, over many hours at a service stop, is that the overwhelmingly positive responses go some way to restoring your faith in people.

Atlas correspondents Eden Flaherty and Bogdan Kamuta are hitchhiking from Lisbon to Spain. Follow their misadventures and pick up some tips on how to auto-stop your way around the Iberian peninsula.

After some catastrophes were rectified, we finally made it out of the city centre and to a Galp gas station on the A1, trying to push north from Lisbon to Porto at 1pm. 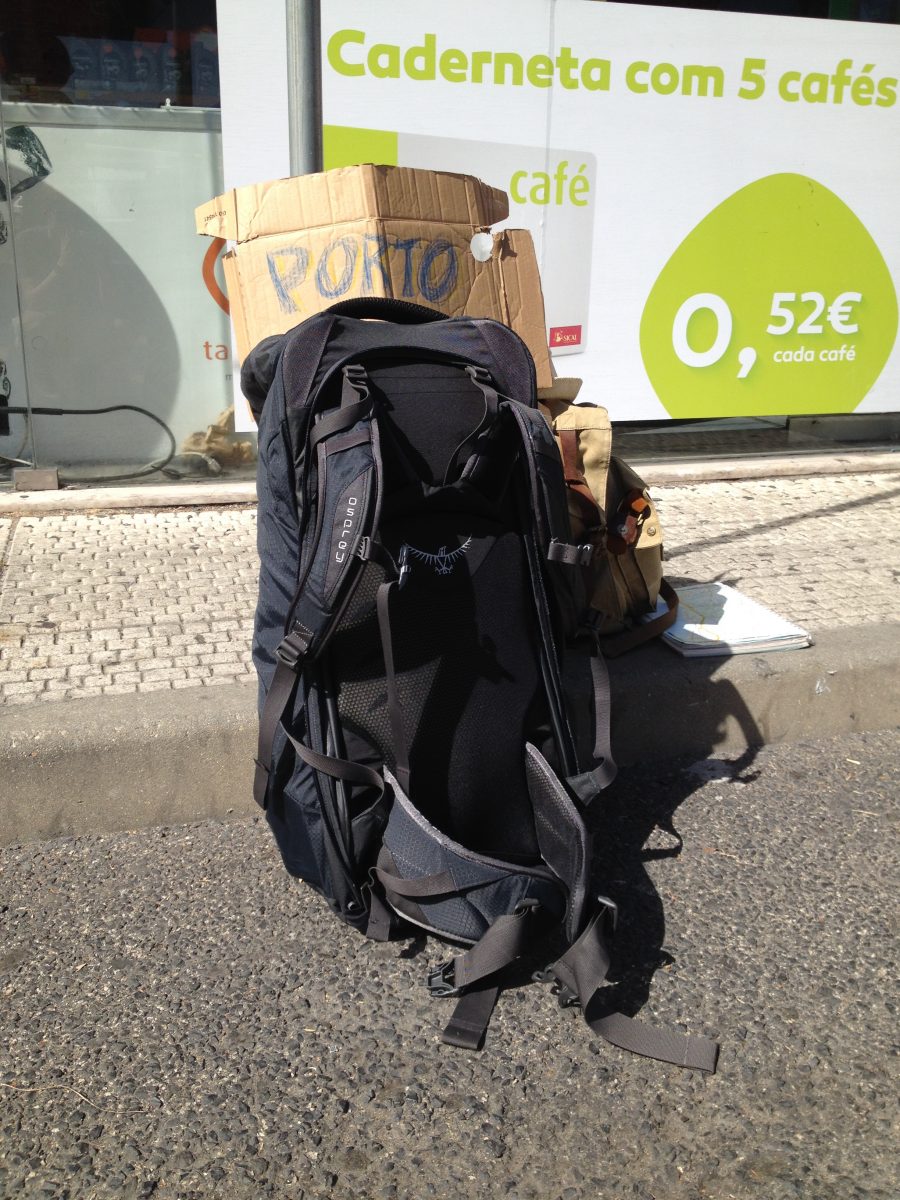 So started the wait, and whilst we spent the first couple of hours talking to people coming in and out of the station, it dawned on us that it was going to be a lot harder to get out of Lisbon than expected. The redeeming factor about talking to hundreds of people, over many hours, at a sterile a place as a service stop, is that the overwhelmingly positive and friendly response goes some way to restoring your faith in people.

Regardless of our new found faith, hour followed hour and still no ride. By this time our hopes were dropping and we ended up kicking about on a curb smoking and eating what rations we had: a banana. Being completely exposed to the afternoon sun did not increase our hope of getting a ride, and as the sixth hour of waiting crawled by an angelic man appeared in front of us with two ice-cold beers and a quick “Boa sorte.” Thank you, bmx van traveller. 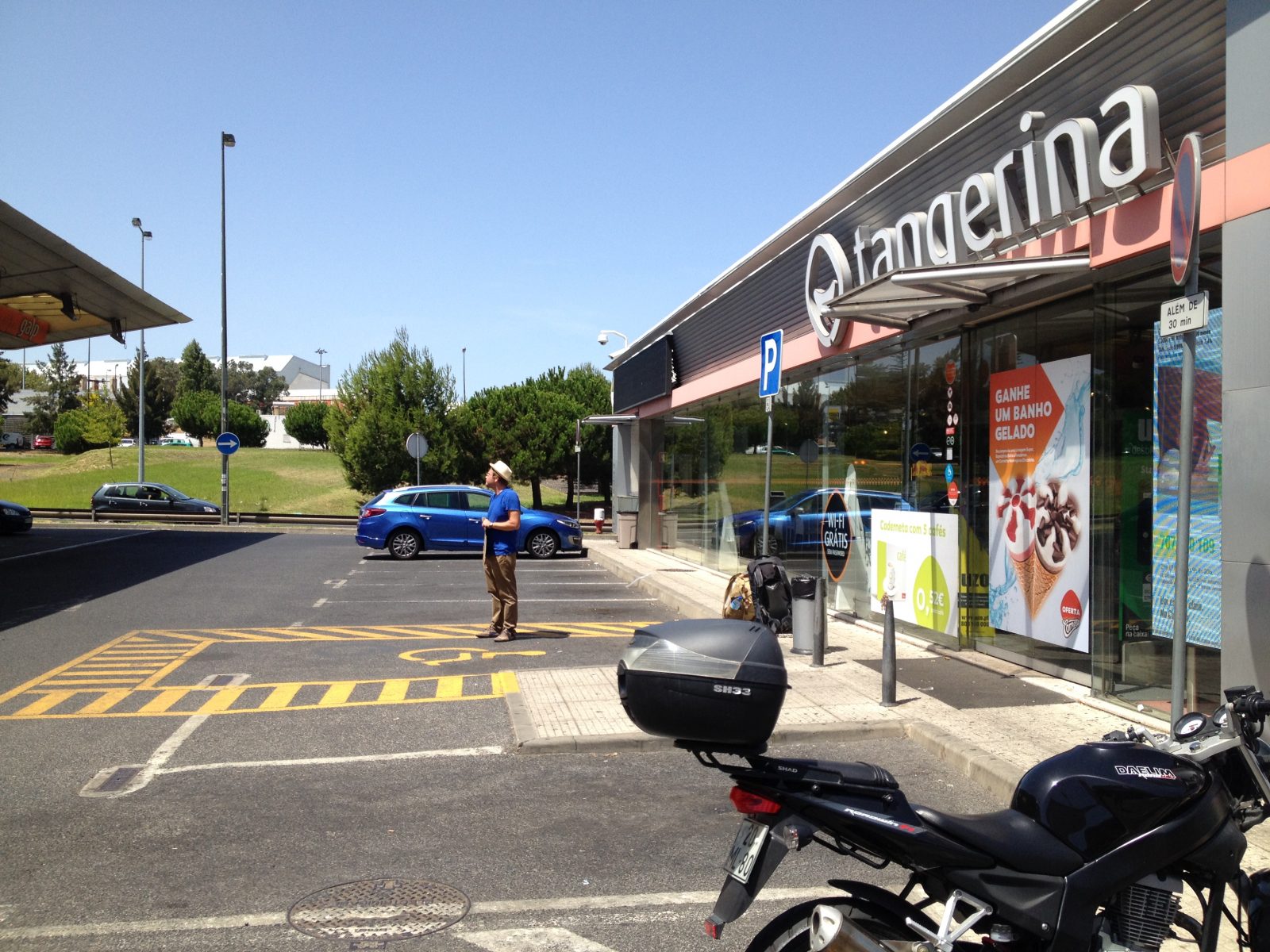 As it got past seven o’clock, and the sun was getting lower, we were ready to call it quits and head back to Lisbon — when we had two lucky breaks. Firstly, the appearance of another hitchhiker, a young lady from the Netherlands, whose enthusiasm gave some much needed life to our attempts at catching a ride. And then, after more than eight hours at the very first station, a ride!

All three of us jumped at the chance. The sensation of success, and relief, was fantastic.
This was, however, only the first stretch, as the driver was only traveling 100km of the 300km we were going. But a ride is a ride, and we spent the next hour and half with a math professor, listening to stories from the mean streets of 1980s Lisbon.

He dropped us off just shy of Santarem, and once more we started our campaign of gas-station harassment. However, we were now on a roll (and out of Lisbon), and we caught our next ride within 20 minutes. With everybody a bit more relaxed, no longer worrying about if we were ever going to make it to Porto at all, we ended up in the car of a Portuguese foodie who gave us a running commentary on the local delicacies of the stretch between Santarem and Coimbra. With a happy driver, and our spirits high, we entered the final gas station of the day.

Porto was now just 100km away, the end was in sight, and once again the signs came out and the talking began. Proving that it was just Lisbon than was so difficult, we again caught a ride within 20 minutes. This was the first truck of the trip! We were led around the back of the truck stop and everyone felt a little nervous as the driver of few words opened the back of the empty lorry. But we threw our bags in and headed for the cab, where five of us were squeezed for the final stretch to Porto. As the driver’s hash joint smoked away, and “One Love” played in the background, we pulled out onto the highway, victory in sight.