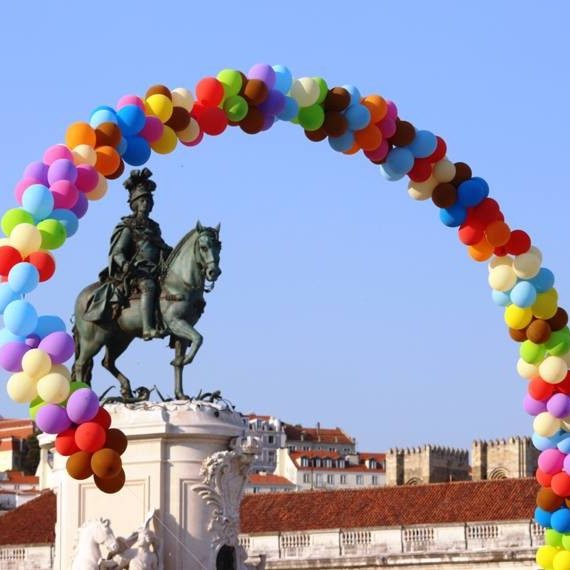 A Conversation With ILGA: Sexuality in LGBT Lisboa 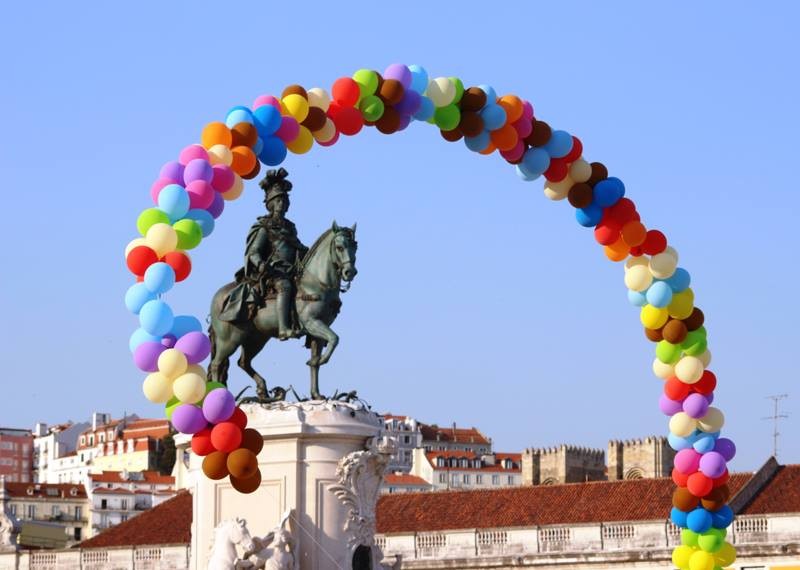 The road to equal adoption rights for same-sex couples in Portugal has been a long one. Today is a wonderful day for families in Portugal, for the LGBTI activists, civil society groups and allies. – Evelyn Paradis, Executive Director IGLA-Europe

“The fact that having homosexual parenting has no harmful effect on children has been scientifically established,” were the words spoken by the Socialist party on the 21 of November, 2015— an argument in support of the amendment allowing same-sex couples to legally adopt children. This statement was supported in full by all left-leaning parties, taking it from a statement and launching it into legislation. Throngs of supporters celebrated the news in front of Parliament, but perhaps none so much as the LGBTI group IGLA Portugal who has been fighting for this amendment since their inception.

“The fact that having homosexual parenting has no harmful effect on children has been scientifically established.”

Atlas has followed the struggle of ILGA Portugal’s Hélder and Marta and today, send our heartfelt congratulations on their wildly important achievement. Find out what they say about their fight and why they do what they do- straight from the source.

In June, the Summer begins: Lisbon is gussied up for the saints and inundated with sun-kissed happy tourists. Aside from the celebrations and the manjerico (basil), June also brings with it the traditional Arraial Pride Parade, organized by ILGA, (Intervention for Lesbian, Gay, Bisexual and Transgender) this year on the 28th, two days after the Supreme Court’s legalization of same-sex marriage in United States.

The world celebrated, social networks were filled with rainbows, and Lisbon met at Terreiro do Paço — those who waited all year for the occasion, those who dressed up for it, those who were there by chance and stayed. In general, people of all sizes, genders, shapes, and sexual preference. Atlas joined the party, and as we danced with Sequin, we started wondering about the people behind the event and the organization founded in 1995.

Today it is more common to  see busy tuk-tuks in historic neighborhoods instead of the formerly semi-permanent rows of lonely old folks throwing bread crumbs to the pigeons. So how does the modern Portuguese society relate to the LGBT cause?

Portugal legalized same-sex marriage in 2010 (five years before the USA), but it is still a country where in the café you might often overhear “I have no problem with homosexuals provided they are not ‘fags.'” It is a country where the right to marriage is one thing, and parenting is another one — LGBT families are often considered just a “lesser evil” when compared to the institutionalization of children at risk. In a country where you hear, “Joe is gay but he’s still a cool guy,” diversity is a fundamental part of “being Portuguese”, but so is the attachment to tradition, often steeped in prejudice silenced by a facade of condescending tolerance.

With all these questions in mind, we talk to Hélder and Marta both of whom have worked with ILGA as a member of staff and a volunteer respectively.

“I like to see the evolution and the deconstruction of myths and prejudices — and I enjoy the way I have evolved with this process.”

What motivated you to make defending LGBT rights your career?

Hélder: I like to see the evolution and the deconstruction of myths and prejudices — and I enjoy the way I have evolved with this process. I like how we sharpen our humanity with each other. There was a specific time in my life I felt an overwhelming need to get involved in a social cause as a volunteer. It’s funny that the “cause” found me and not vice versa. I saw on Facebook an announcement for training volunteers at ILGA Portugal and applied to it. And here I am as a full-time volunteer in the direction.

Marta: I attended law school, and hated every day of it. I did not know what to do with my life until I had two optional disciplines which I thankfully decided to attend: Human Rights International Law and Refugee Rights. After that, I had an internship at the Council of Europe in Strasbourg. During those three months I interned in the Commissioner’s Office for Human Rights and expected to save every refugee in the world. My supervisor showed me dozens of letters from a Portuguese transsexual woman asking for help. Her identity was confidential, so I never met her, but she’ll always be with me.

How are your relations with your social partners? And the civil society?

Marta:  Objectively it is impossible to make institutional / political work without fieldwork or vice versa. We have community support services (Line LGBT, Psychological Counseling Services Line, Legal and Social Integration Service), the only community center in the country (LGBT Center) and the only specialized documentation center of the country.

We also have interest groups (Theatre Group, Sports Move, Photography Center, Reading Club, Group of Reflection and Intervention on issues of Transsexuality, etc). So we “live” from empowering people so there is a constant contact with reality and the needs of the people we represent. We work with all types of organizations and promote the involvement of everyone. We even provide training for key stakeholders like doctors, police officers, and teachers on dealing with LGBT victims and issues relating to sexual orientation and gender identity.

The idea is always to mainstream issues. That means getting out of our comfort zone and networking, and calling out for the attention of others regarding the need for inclusion.

Portugal was the 8th country to legalize same sex marriage in the world. Does the Portuguese society live up to that position in the ranking?

“We are all very tolerant and that’s exactly where the problem lies… We do not want tolerance, we want respect.”

Marta: Rankings are always fascinating! Assuming the unfortunate reality that homophobia and transphobia are a reality in absolutely every country, there are no ideal countries to be LGBT, not even in Scandinavia. Portugal has achieved what very few have yet, which is marriage. The big issue is to always challenge what society perceives as a maximum institute and a reflexion of our role – marriage and procreation. We still lack rather what for most countries seems to be obvious — the recognition of parental abilities to LGBT people that may or may not be in a relationship with a person of the same sex.

I do not think at all this a matter of social mentality but rather of political mentality – think about the discussion inside and outside the Assembly on co-adoption, revealing just where that stigma exists. No one is born a homophobe, racist, or sexist, we’re taught to become so. With all this I reiterate, supposedly we are all very tolerant and that’s exactly where the problem lies… We do not want tolerance, we want respect. 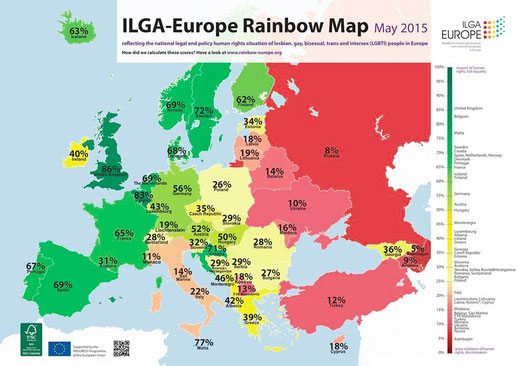 For a comprehensive overview of the human rights of LGBT people by ILGA Europe, click the photo.

What bars/clubs are the most LGBT-friendly in Lisbon?

They say we are who we are when no one is looking. If you had to pick a song and an outfit to lip-sync in the mirror that would describe the real you, what would it be?

Marta: The first thing that came to my mind is that scene from Priscilla, Queen of the Desert singing I Will Survive, I absolutely adore that movie even though I hate musicals… But that wouldn’t be answering your question because it doesn’t describe the real me.I think I would dress like Priscilla while singing any George Michael song…

What is your advice for a LGBT person who is afraid to embrace who they are? Is there someone they can contact within your organization?

Marta: Be proud of who you are. We’re all different and there’s nothing wrong with it.However, if they need some kind of assistance or support, we provide services for the community that can help them: we have an LGBT Helpline: Linha LGBT (which runs from Wed-Sun 8pm-11pm), we have a Psychological Support Service with specialized psychologists, a Legal Department (available primarily by email juridico@ilga-portugal.pt), and a Social Integration Service in case you’re a victim of domestic violence or you’re in a social emergency situation.

“Be proud of who you are. We’re all different and there’s nothing wrong with it.”

The best part is that in LGBT issues things are always evolving. Just think of the evolution of the acronym itself – first Gay, then LGB, now LGBTI and in some place already LGBTIQA and
so on… the sky is the limit when it comes to people and their right to self-determine who they are.

ILGA is a member of Rede Social de Lisboa, the Commission’s Advisory Board for Citizenship and Gender Equality, the Advocacy Network of ILGA-Europe, the Fundamental Rights Platform of the European Union Fundamental Rights Agency (FRA), founding members of NELFA (Network of European LGBT Rainbow Families Associations) and national IDAHOT correspondents (International Day Against Homophobia and Transphobia).