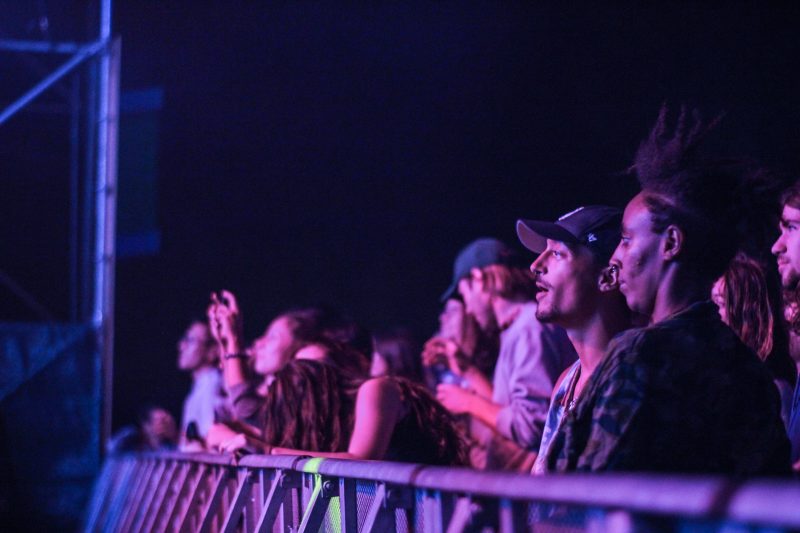 Festival Iminente returned once more to Lisbon in one of the most unusual venues in the city, with some of the best art, music, and culture seen all summer.

The end of September saw Festival Iminente return once more to Lisbon, and based in one of the most unusual venues in the city, it brought together some of the best art, music, and culture that the city has seen all summer.

The Underdogs’ crew outdid themselves with the massive undertaking of hosting the event in Panorâmico de Monsanto. For those of you who don’t know, it is a now-abandoned restaurant in the middle of Monsanto park. Amazingly, the organizers cleared the ground, blocked the stairwells, and swept (most of) the dust up, to allow thousands of people to descend on this Lisbon landmark.

The three-day lineup was made up of a variety of acts and genres, with the majority being homegrown Portuguese. The fact that Iminente sold out two full days (Friday and Saturday) indicates the wealth of creativity currently on display in Portugal. It wasn’t only music, however, with co-organizer Vhils chipping out a portrait alongside pieces from a host of other artists. Additionally, outside the main stage there was the obligatory cool-party halfpipe, which, despite my reservations, turned out to be a great place to hang out between acts. There was also, rather riskily, a tattoo shop in the main building, as well as a substantial food hall and multiple bars underneath.

The crowds were divided between the main stage, the so-called Cave (a smoky indoor stage in the basement), and the main building with its street art, installations, and breakdancing.

On Friday, as headliners Dengue, Dengue, Dengue finished their trippy set, a voice came on the speakers thanking everyone for attending and telling them to look to their left. This was in the direction of the vaporwave-style main building where Fatboy Slim had sneakily set up his decks and opened with the three legendary piano chords from “Praise You” for a completely surprise set.

It took everyone a moment to understand what was going on and then the crowd broke out dancing, which continued for the next two hours. The fact the organizers were able to keep Fatboy Slim a surprise act, and still fill such an out-of-the-way venue, is a testament to the quality of Iminente 2018.

A highlight of the Lisbon festival season and a completely unique take on what a festival can be.