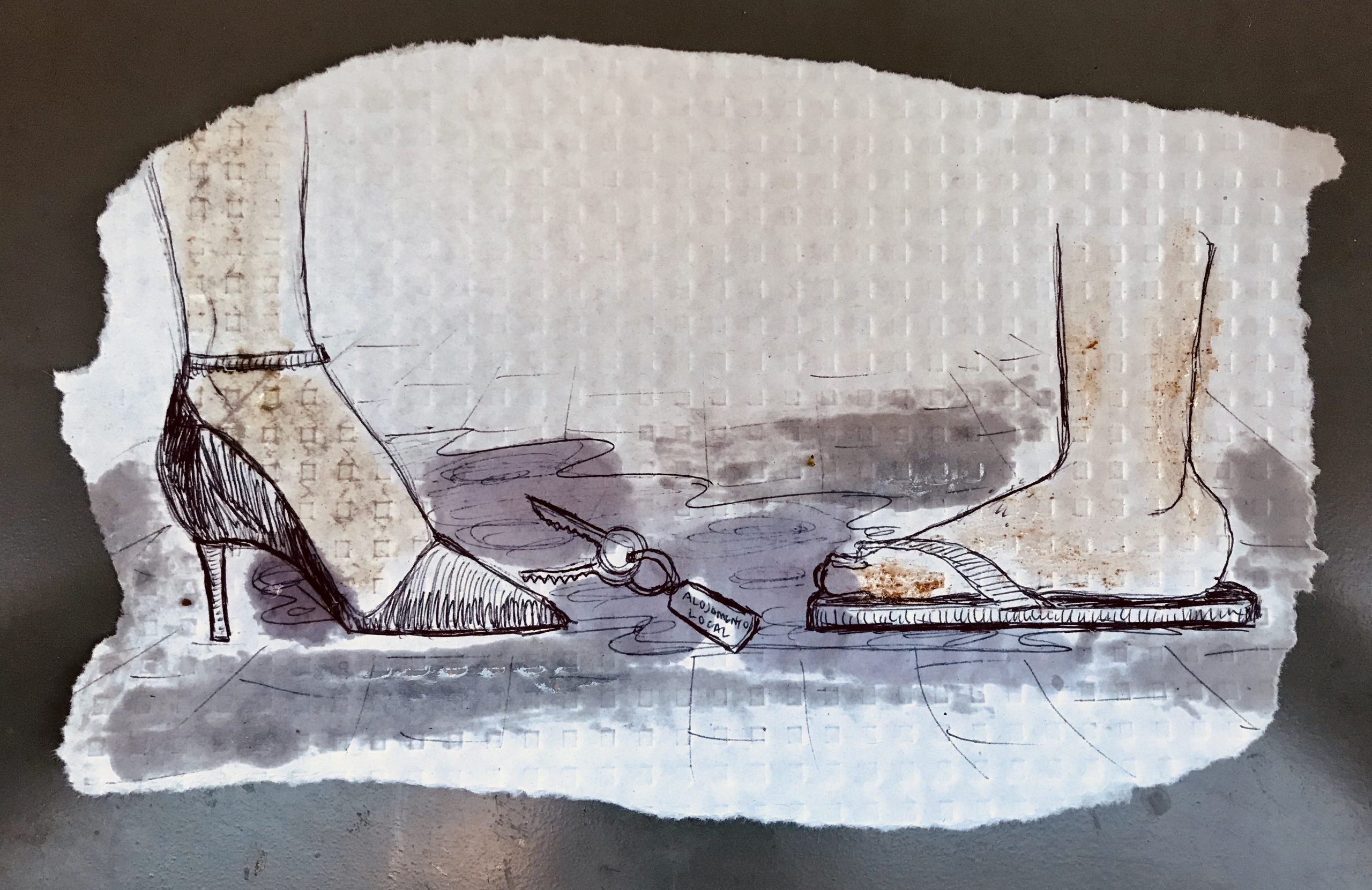 The term gentrification is often used, and it doesn't always fully describe what is happening in our cities. Some local academics aim to change the discourse.

This is the question that Portugal-based academics Simone Tulumello and Giovanni Allegretti pose in their recent paper. The term gentrification, they write, is unduly used to describe different  social processes currently underway in our cities.

Tulumello and Allegretti focus on the Lisbon neighborhood of Mouraria and argue that it didn’t undergo a textbook example of gentrification, but rather a blend of multiple processes occurring simultaneously. The authors introduce their readers to terms such as “touristification” and “financialization” to further describe and analyze what is underway in the neighborhood.

Atlas sat down with Tulumello, the first author of the article and a researcher at Instituto de Ciências Sociais (ICS) in Lisbon, to further discuss the concepts they present in the text.

Tulumello tells me that he has been reflecting on the use of the concept of gentrification as a tool to mobilize people. As someone who has been involved in housing movements in Lisbon, he recognizes the importance of the term when organizing. Tulumello is of the mind that academics should be activists, but he also believes it’s essential that they use concepts with precision.

Can you give us clear definitions for the concepts that you cover: gentrification, touristification, and financialization?

Let’s start with gentrification, which is probably the easiest. I tend to use the definition by Erick Clark. Gentrification is when three things happen at the same time: capital investment, such as refurbishment of public space and buildings; influx of wealthier populations than those who were previously residing in the area; and displacement of existing population. A more precise definition would consider how these things happen together in North American and English cities, and how they happen differently in other contexts.

Financialization is a totally different concept. It’s more abstract and linked to how capitalism works. We could go with Marx: in his classical circuit, you have money (capital), used to buy commodities, to produce other commodities, which creates a profit.  You begin with money, and you end with more money because there has been a cycle of production — that would be traditional capitalism. If you take out commodities, and you have a process by which you increase capital without going through production, that’s financialization.

An example is pure speculative real estate consumption: you buy a house, you don’t refurbish it or change it, and you sell it after two months for a higher price.

In the text, you speak about the articulation of these three concepts. Can you elaborate further on what you mean by articulation within the context of Mouraria?

Articulation is an instrument to reflect on the fact that these three phenomena are happening at the same time in the same space. You may try to use specific definitions of these concepts, as I just did. Then you observe a place like Mouraria and you understand that they are all happening — but not exactly as defined.

So you see all these things happening together, which means they are not exactly as they would be if they were happening alone. Gentrification still happens, but with less gentry. Touristification is underway, but it has to be compatible with gentrification, so it can’t be a total Disneyland for tourists. And all of this is mediated by financial capital.

And this, to me, is why Mouraria, when it had typical gentrification pressures, it was resisting, it was organizing, it was fighting back, even benefiting from certain policies. When those coalesced with lots of tourism and financial investment, Mouraria gave in.

You speak about Mouraria going from a “deviant” to a “paradigmatic” case, can you explain that further?

In the first period, Mouraria is deviant in the sense that you have these regeneration policies applied all over the center of Lisbon, and they were working in the same way almost everywhere. Up until 2014, you had gentrification and touristification happening in Alfama, Bairro Alto, Principe Real, etc. And Mouraria was substantially resisting.

There’s a point in 2007 to 2008 when it became the center of regeneration policies:  When António Costa [current Prime-Minister, then mayor] put his own offices in the middle of Intendente, it was clear that this space was meant to be regenerated.

And still Mouraria doesn’t: it goes on a path of local development, the local residents are able to engage with these policies, to gain participatory funding, and many agree that good things happened in those years. So you had Mouraria really deviating from the path that basically all other central districts were following.

And then everything changes, in a matter of a few years, between 2015 and 2019 Mouraria accelerates on a path of gentrification and touristification and becomes similar to all the other neighborhoods. But it happens much faster. You know, Principe Real took about 15 years to gentrify, the same for Chiado. Mouraria takes a couple of years, it’s incredibly fast.

Why is accurate social theory vital for the development of social action and political activism?

I will start from the opposite side: good movements are perfectly aware of the importance of knowledge. I’ll give the example that Ananya Roy, a professor at UCLA, once told me in an interview. At her university, her department has a partnership with social movements, and activist groups choose how part of their research funding is assigned. You would expect these groups to pick very practical projects, those that help solve problems. Totally false, activists usually push for more theoretical, historical, and conceptual projects. In a sense, they say, look, your job as scholars is to produce knowledge, concepts, theories that can help us better understand the world. We activists solve issues, you help us by building knowledge.

I also think that this is useful concretely: if you have good concepts, you can better utilize knowledge produced elsewhere. For instance, if you know that not all gentrification processes are the same, then you know that you cannot fight them all the same way. The difference of gentrification in Lisbon and New York is not just a matter of economic and social conditions, but also of how urban planning and policies play out in these two places. If you were to organize in Lisbon as they do in New York, it would totally fail for a number of reasons. When you attentively look at the specificities of the legal and institutional concepts, you understand how to fight back.