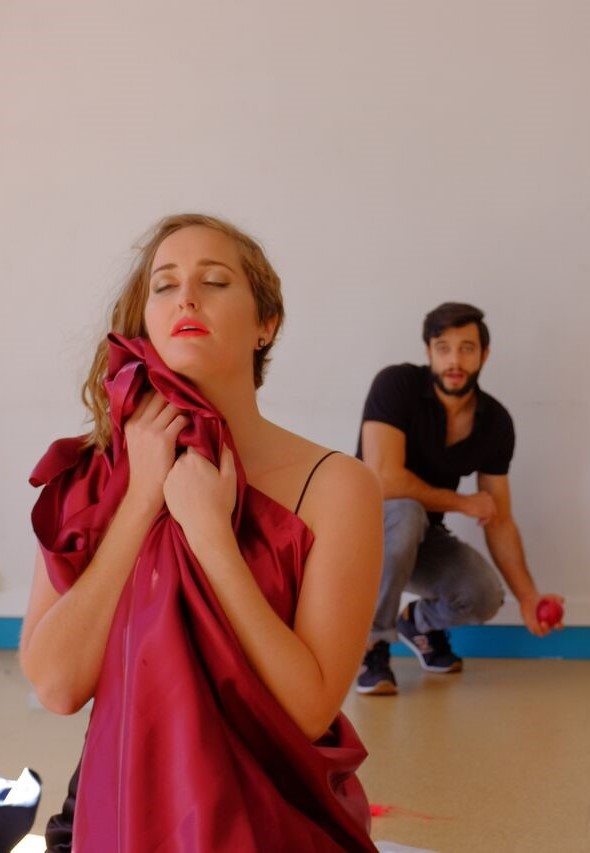 JÁ: English Theater in Lisboa is Already in Action

What do you get when you mix an accomplished actor from New Zealand, a Ukranian director, a Portuguese scriptwriter, and an Indian drama geek who dabbles in string theory and black holes?

What do you get when you mix an accomplished actor from New Zealand, a Ukranian director, a Portuguese scriptwriter, and and a self-described “wandering gypsy” drama geek who dabbles in string theory and black holes? Aside from an interesting guest list for a dinner party, this unlikely bunch of thespians has come together to create the JÁ International Theatre group right here in Lisbon.

Their aim is to tell “stories for the here and now, in English— in Lisbon, in the cultural cradle of Europe.” On stage, you’ll find an international cast of actors from New Zealand, the U.S., and Portugal directed by Tania Kumeda, who brings an intimate understanding of literature and foreign languages from her Master’s degree from the Taras Shevchenko University in Kiev.

Along with Kumeda, the founders include the kiwi Daniel Cotterall, whose career includes acting in Shakespeare and Beckett productions in China, among others. The Portuguese actress Margarida Melo joined the team, bringing with her degrees from the National Conservatory, King’s College, and the Royal Academy of Dramatic Art. Finally, Suresh Nampuri, a researcher at Instituto Superior Técnico, added his love of both science and theater to the mix to bring us JÁ IT.

JÁ will make its first splash on stage at the Teatro do Bairro between 22 and 26 of November, with a double-bill of two one-act plays by Oscar Wilde and Anton Chekhov.

Wilde’s rarely-performed A Florentine Tragedy is a fragment of a play about a wealthy 16th-century Florentine merchant named Simone who catches his wife Bianca in the arms of a local prince. Naturally, Simone challenges the home-wrecker to a duel, and what happens next is anyone’s guess. Tania Kumeda’s dramatization uses crushed fruit, colorful cloth, and a “loom of destiny” to weave the threads of tragedy together.

The classic dramatic comedy The Bear, by Anton Chekhov, centers on a recently-widowed woman named Elena Popova and the landowner Grigory Smirnov who claims to be owed a tidy sum of roubles by her late husband. Suffice it to say the money never gets paid, but both characters get more than they bargained for after Smirnov challenges Popova to a duel, regardless of the fact that she’s a woman.

Together, the two plays take the theatergoer through a maelstrom of human emotions — from fear to jealousy, from defiance to surrender, through frustration and self-delusion to a volcanic climax. It’s a good thing they’re offering a glass of wine with the price of a ticket. They’ve certainly got our attention.