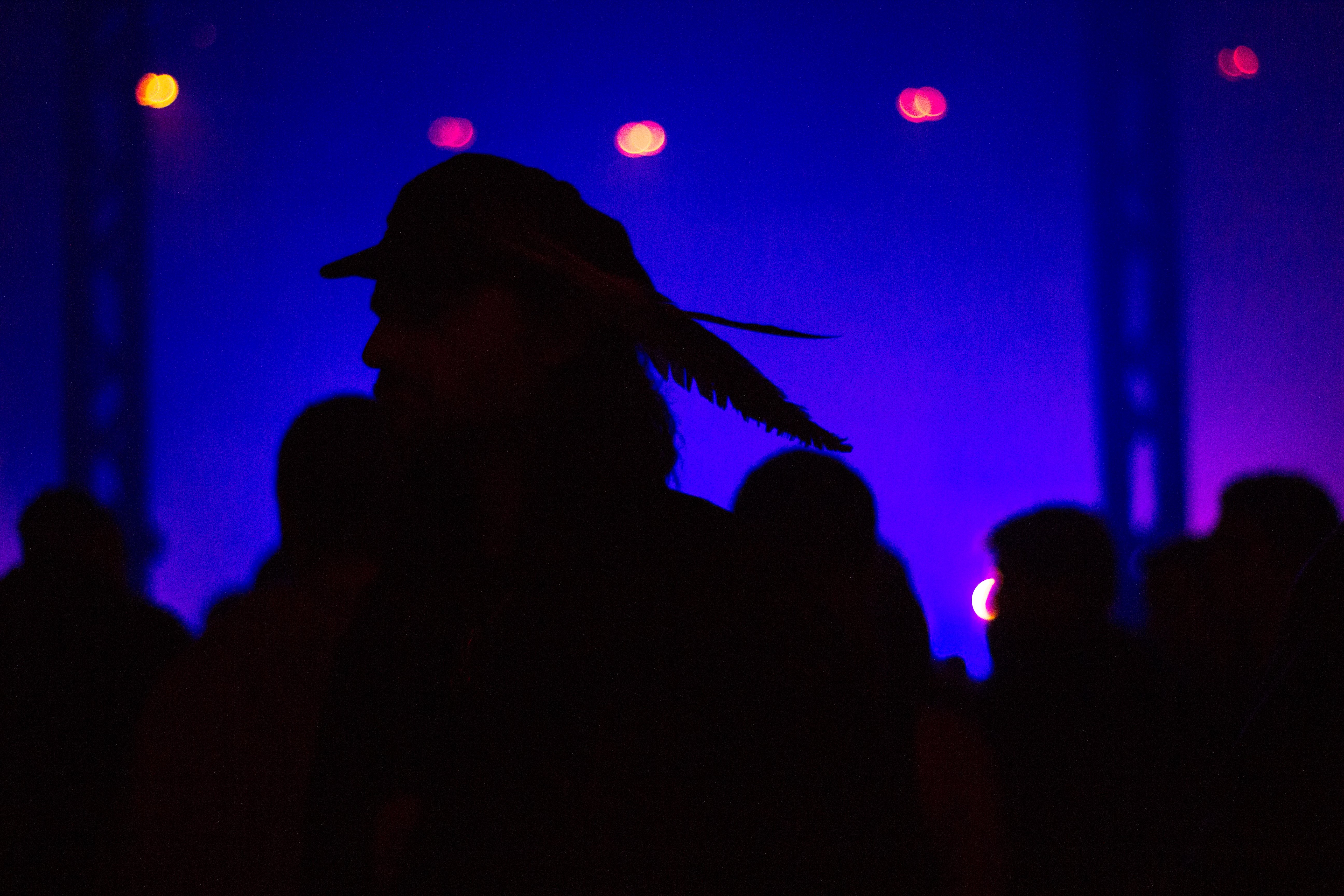 Senhor Santos is an Irishman living on the other side of life and Lisbon (Cacilhas & reppin‘). His hobbies include record digging and hiding from the sun, usually at one and the same time.

After meeting Irish music legend Jerry Fish, we headed to Ministirium, one of the host venues for this year’s Lisboa Electronica Music Festival. We walked across the deserted Praca do Comércio and were greeted at the entrance by the first friendly doormen that I have been in contact with since I’ve started with Lisbon’s nightlife.

Our passes were sorted with ease and, after a brief chat about Conor McGregor with some American lads, we floated towards the flashing strobes and Helena Hauff’s opening track. Camouflaged acid undertones and off-beat kicks were flowing out for the first 25 minutes before she unleashed some straight 4×4. The club was pitch black except for the occasional strobe, and Helena was testing the crowd’s stamina before relieving us with a 20-second build-up. After this less-then-short break, it was back to hard and fast techno. 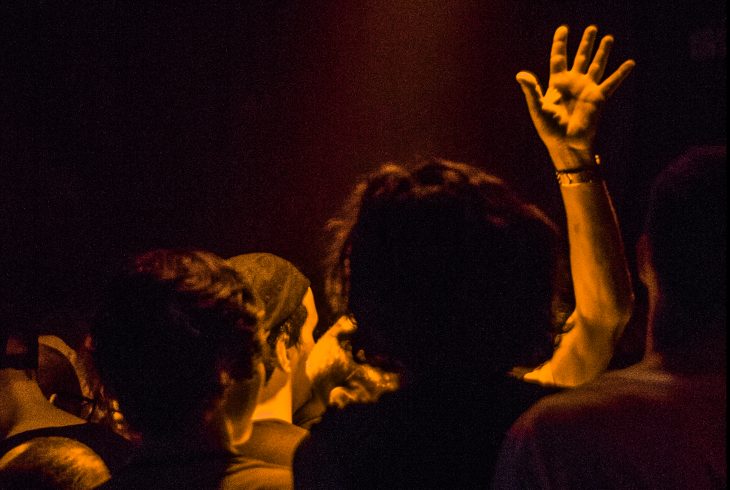 As she took down the energy just a little bit, people began to filter out. It was a Thursday night, and apart from work, people still had two days of the festival left. We ventured upstairs for the soothing sound of jazzy deep house. Twenty minutes later, we plunged back down the stairs to the controlled darkness of the Hamburg native’s set.

For the chosen few who were left, we were treated to beautiful energy control from Helena as she slowly brought us all back down to earth. After a round of applause to bid farewell to her, we stood outside and were unceremoniously washed away by men with hoses. The sun was sneaking up over the east, and o premeiro dia of Lisboa Electronica was over.

I had heard various stories while living in Lisboa about LX Factory. The area, which is its own little-walled universe, was a printing press in a past life and now stands at the forefront of cultural happenings in Lisboa. After a pretty friendly questioning from the Policia, we both looked down the long narrow street where we were met by the bright arched lights which spell out Lx Factory. The sign and the stream of people lured us towards the faint sound of kick drums.

The cobbled streets of Lx Factory were wet underfoot, but the atmosphere was not dampened. Four imperiais, a slice of cake, and a bifana later, we bounced towards the main course.

First things first, we had to put money on our bands. The festival has a no-money policy inside, which is great — but queuing up twice for a beer is never convenient. DeNiro was at the helm as we came into room one. For me, space to dance is so important when listening to electronic music, and the perfect density of people swayed up the front alongside us. With our press passes in tow, we meandered our way past security to the side stage. We sat on the Carlsberg-supplied bean bags as DeNiro shook our drinks and our insides, for that matter, with booming techno.

Sonja Moonear was in room two with her perfectly blended mix of house and techno. The energy throughout Lx Factory was friendly, energetic, expectant. And expectant for a reason.

Nina Kravitz had started as we walked back to the side stage. She comes with a reputation known throughout the electronic music community as one of the best. In years gone past, I have seen many videos of her and listened to various online mixes. But let me assure you, unless you see her live, all previous experiences are nothing! Her stage presences as a DJ is something I have never experienced. She floats around her cockpit with ease and purpose. Always aware of her surroundings as she drinks in the atmosphere. Her record decisions are immaculate. As I give a look to my right, the vast majority of people up the front are women. It was such a beautiful thing to see in the male-dominated world of electronic music.

Base frequencies frequent your chest and tickle your nose for the entirety of her set. She brings in records with an intimate knowledge of them. They are her hand-picked records. and you can hear it in their selection and mixing. With haunting vocals and very few build-ups, the energy in the room was tangible. Two hours in and, for lack of a better phrase, I was “LOSING MY SHIT.” Nina had us in the palm of her hand and she knew it.

Without a hint of a mistake, the unpredictability of playing vinyl records live appeared in the form of a skip. As if it was planned, she quickly lifts the needle up and places it back down at the exact start of a musical phrase. Was it magic, skill, or luck? Probably a little bit of all three, but I’m sticking with magic. Because that is exactly how she plays. Mesmerizing, energetic, controlled, raw — the adjectives go onnnnn.

At 6:15, the stage manager gives her the time’s-up look. With a seductive and playful smile, she postpones this and continues on. Twenty-five minutes later, the queen of techno decided it’s over. Day 2 had come to an end.

After a more than interesting train ride back to LX Factory which involved two Irish men, two Ukranians, and a Portuguese man, we stopped at Alcântara station and made our way back to the scene of the crime. We walked past a small terraced bar where “Mightest touch” by Midnight Star and a selection of Lisbon’s craft brews drew us in for a pre-game tibble. After drinking down the hop-filled treats and continued conversations about the pressing matters of life, we returned to the dark side of music.

With some additional knowledge of the festival’s drinks procedure, we topped up our wristbands again but this time with adequate funds for the night. Back side stage, Legowelt’s live performance cascaded out to the congregation. He went about his business in an efficient fashion as if no one was there. He pressed the sequenced buttons and nodded rhythmically along.

Through the entrancing music, I got some time to have a quick discussion with myself about what a DJ really does. Legowelt is a producer and was performing everything live, not just playing records. He did not engage with the crowd, not even so much as a look up, but it was a different type of show, not a DJ set. And because of it, his performance should be thought of differently. Legowelt finished his set and was substituted by Serge to finish off the night and conclude the festival.

Up until this point, I was under the impression that Spanish DJ and producer Oscar Mulero was closing room one, so you can imagine my surprise when an un-tattoed, shaved-headed Dutch man took to the stage (Oscar Mulero has a large neck tattoo, long hair, and certainly no stereotypical dutch features). Serge had a good grasp of the crowd from the start and whisked us all away on a techno journey. As if his hands were on the knobs of a gas cooker, he slowly built up the heat over an hour or so — and there he kept us, simmering. With a quick change from smooth pounding techno, he dropped a more frantic, synth-heavy choon. The pressure continued to build… through no lack of skill, passion, or performance.

After Nina Kraviz the previous night, the Beatles themselves couldn’t have brought back her energy. A combination of techno fatigue, observation, and curation, the final night didn’t quite have the hype of day two, but that is most certainly not to say that this closing night didn’t live up to expectations. It was a great night of extremely high-quality electronic music. At twenty past six, we admitted defeat to the drum. Three days of partying with work in between had taken their satisfying toll.

The music
The people
The dancing
The looks towards a random person and agreeing without words that the previously heard bass drop was beautifully filthy.

All are pieces of the ingredients that made this electronic music festival. For me, the overall highlight was the refreshing site of two female DJs headlining two-thirds of the closing nights. They were not there because of their gender but because of their skill of music presentation, yet they represented a well received step in the right direction towards inclusivity in the electronic music industry. 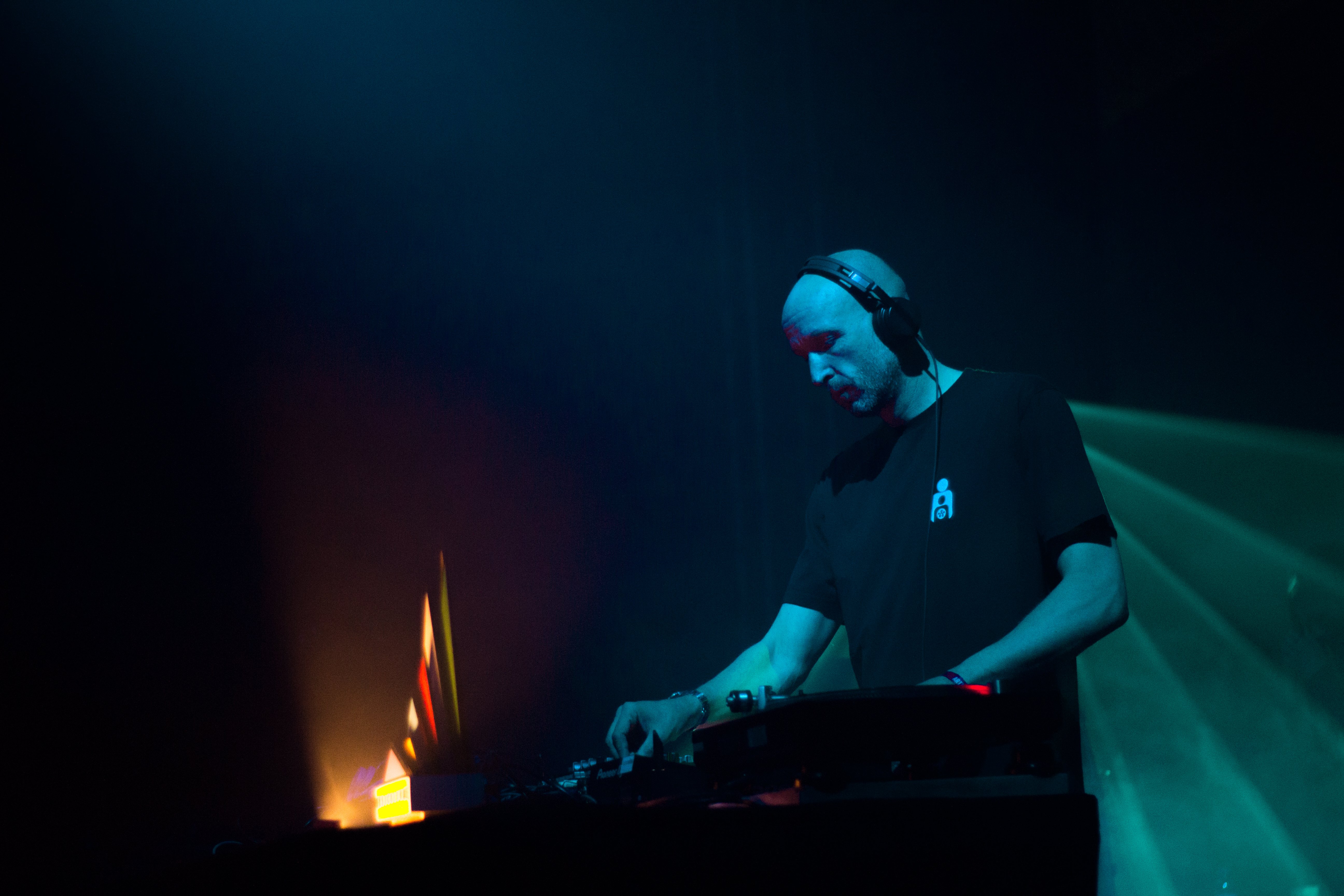 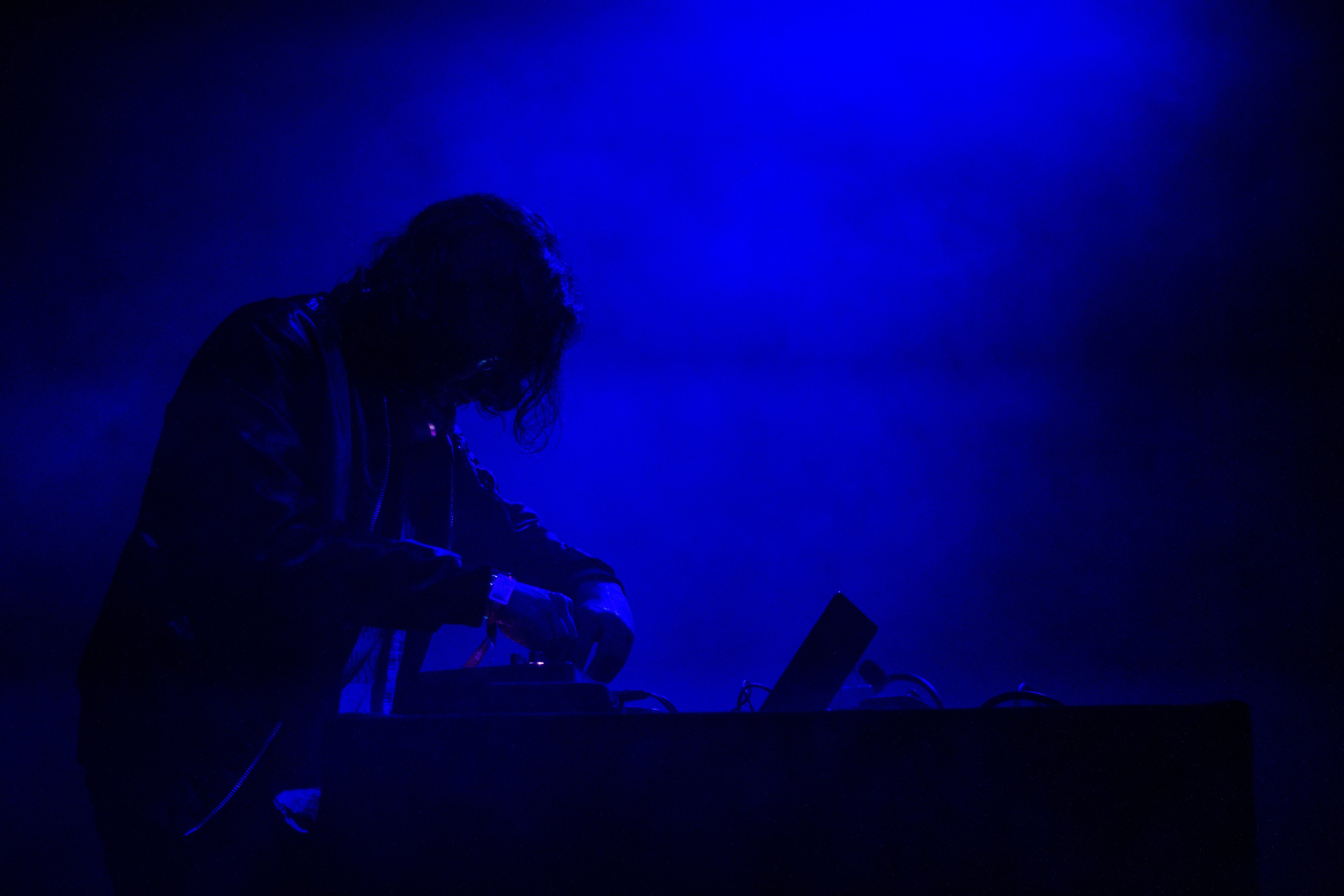 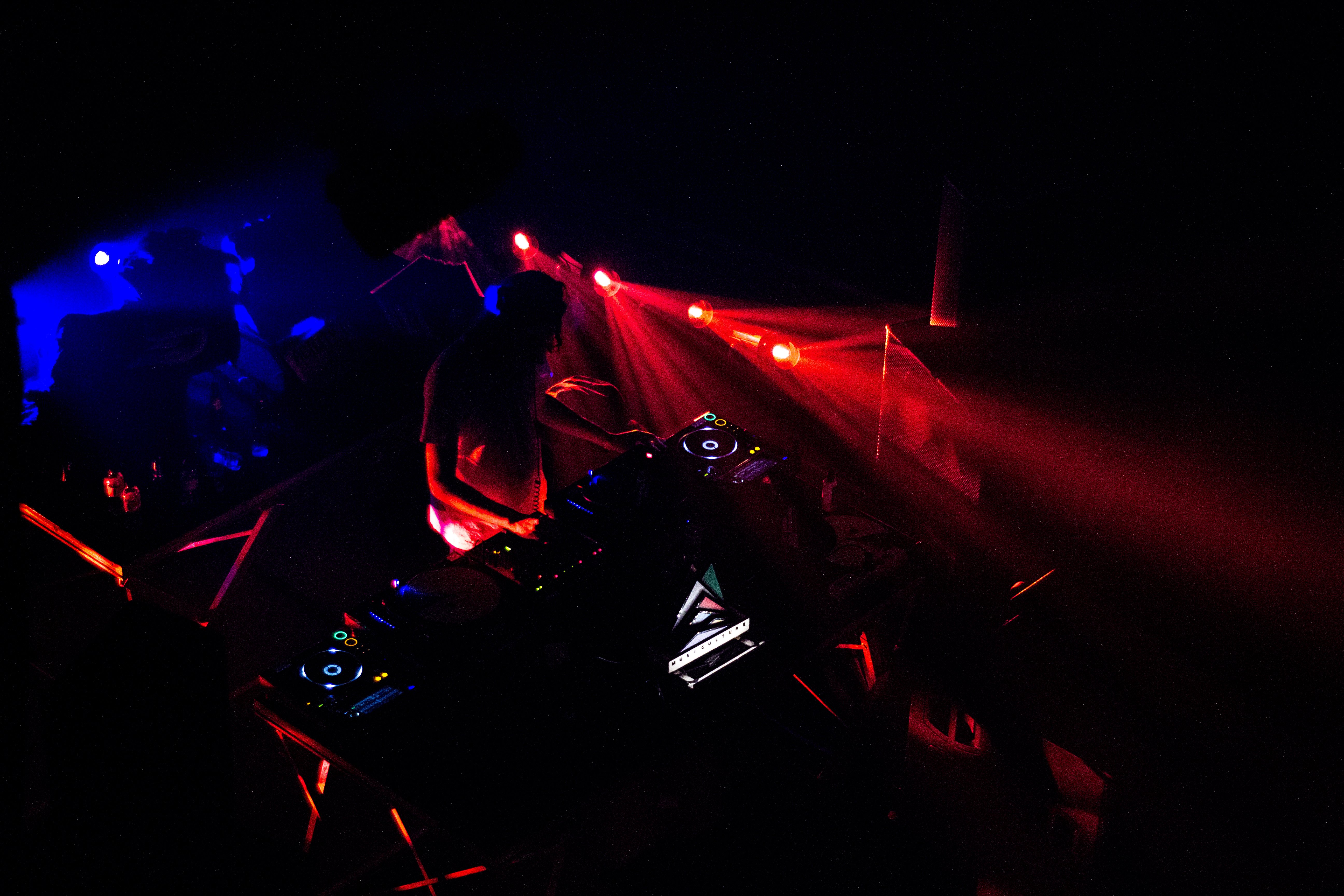 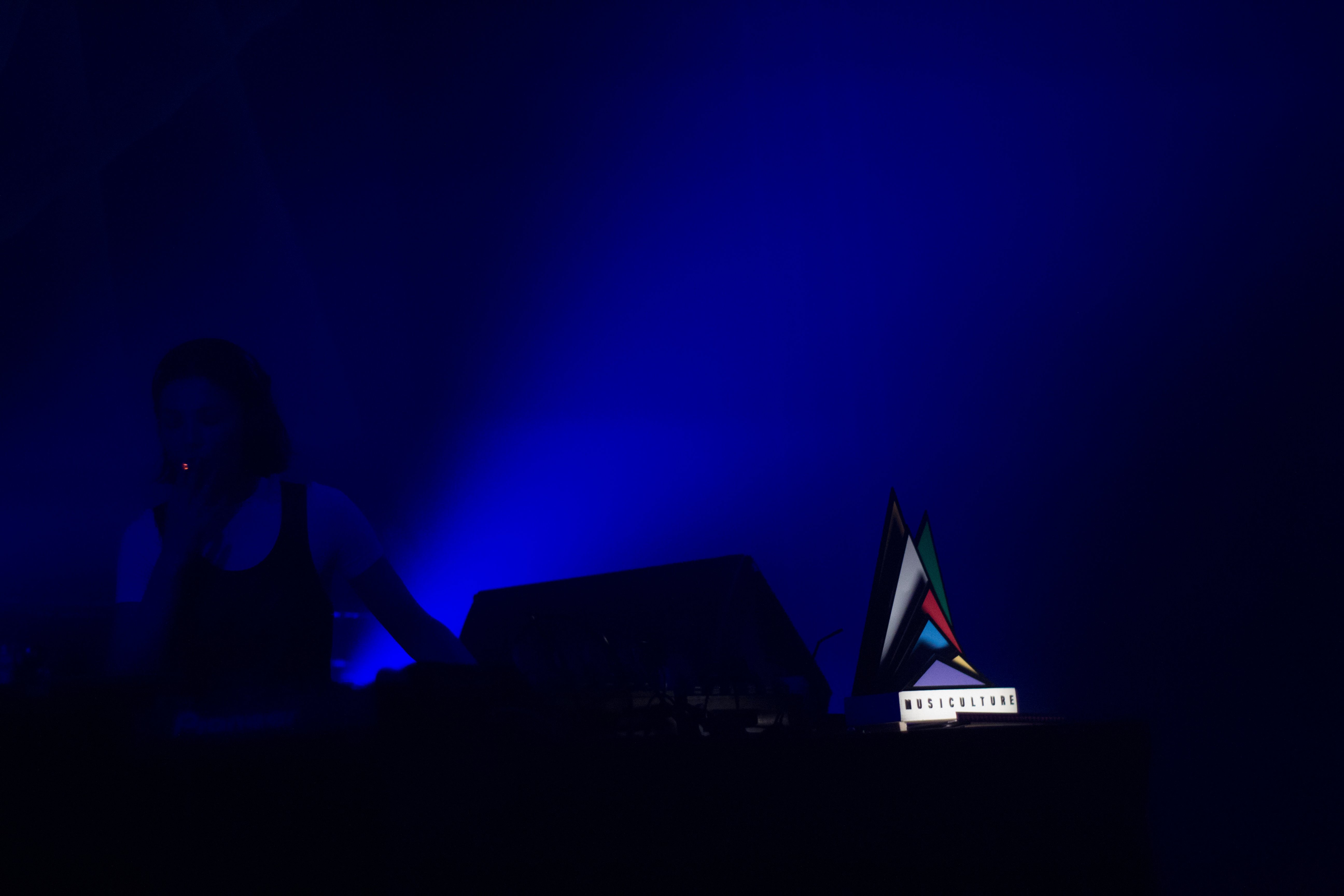