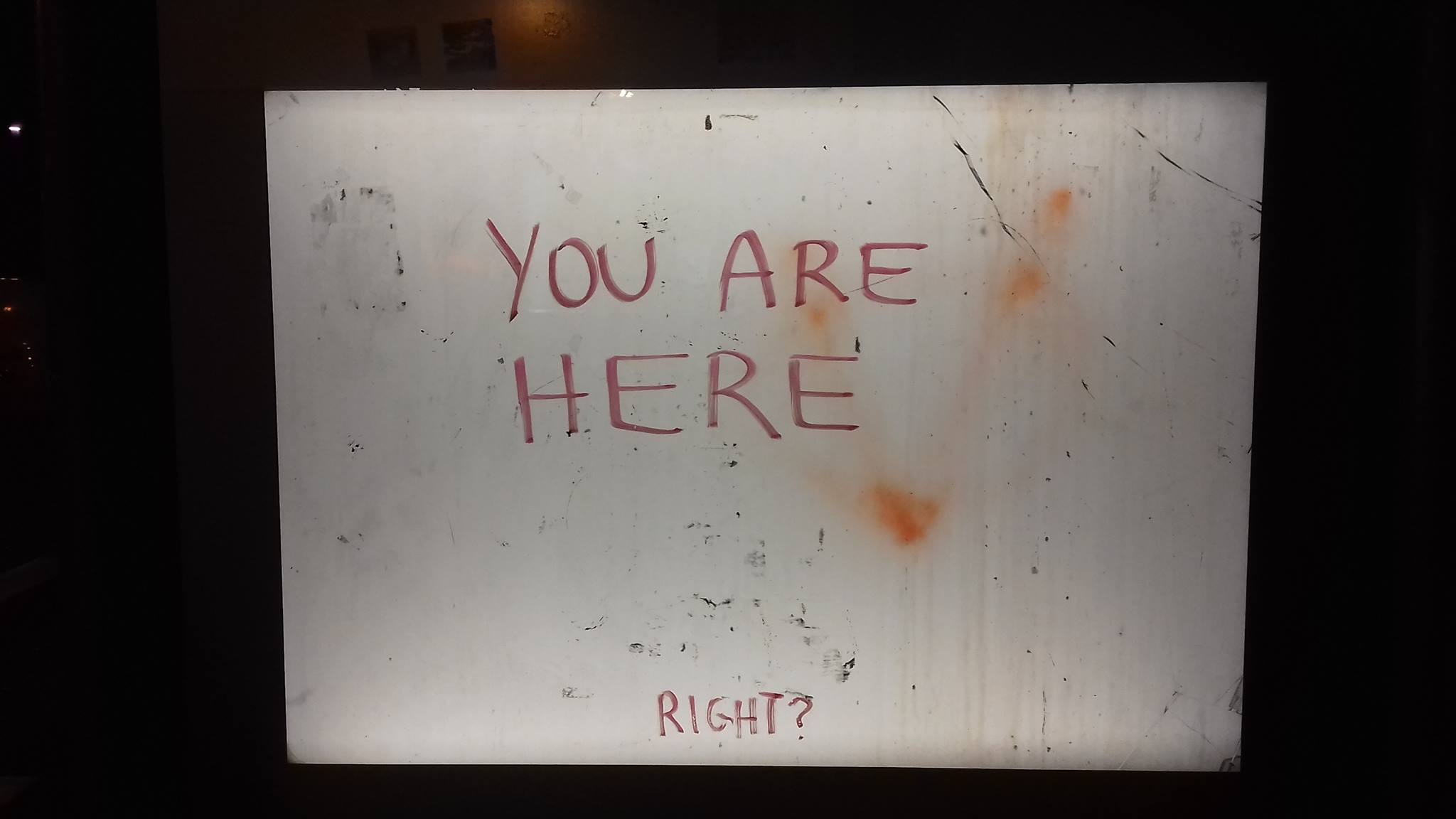 Lisbon Implied, or How to Talk About Locations Like a Local

If a Lisboeta tells you to go to a certain place whose name you've never heard — and you're not quite sure where to find it — here's what they mean.

What? Where? Which one is that? Never heard. Never been. How do I get there?

One would think that by living in a city long enough, places and their location stop holding any secret anymore based on their names. I have noticed, though, with my migrant friends (calling them “expats” would be offensive coming from me), even among the ones with a very good grasp of Portuguese and who have been here for several years, that the way they designate certain spots might differ from the way most locals do. There are certain designations they don’t understand or just never use, which act as a kind of giveaway to the fact they didn’t grow up here or haven’t been around for that long.

Let’s start with the currently barred Miradouro de Santa Catarina in Bairro Alto. It took me a couple of years of living in Lisbon to know the actual name — most locals would just call it “Adamastor,” after the statue there of the sea monster featured in one episode of Camões’s epic The Lusiads. If you haven’t seen it, it might be too late, in fact, as it is fenced off for “restoration” – less than six years after the last one — and it’s threatening to stay that way. People suspect it’s all due to the pressure made by the couple of swanky hotels that recently opened there and want public space for their own usage, presumably seeing the people of Lisbon as just a nuisance for their guests enjoying the view.

Not far from there, and also because of a statue, is the nicknamed Largo do Cauteleiro. A cautela translates, among other things, as “lottery ticket,” and one can see the statue of a lottery ticket seller on this little square. Which is not surprising, given that the headquarters of the half-a-millennium-year-old charity institution in charge of most public-run lotteries and gambling games, Santa Casa da Misericórida, stands right there. Hence why many Lisboetas also call that square Largo da Misericórdia — erroneously, as the latter lies a bit further downhill.  Another popular misnomer is Largo de São Roque, after the São Roque church standing right beside Santa Casa. Well, no, the real name is Largo Trindade Coelho, and that’s the one you should find on your map. Not all mistakes are made by outsiders.

Some names favored by foreigners have insidiously caught on among the Portuguese, though. Like Time Out market for Mercado da Ribeira, which hasn’t officially changed name. It might just be the overbearing neon red letters and general presence.

A marketplace situated in Cais do Sodré, the Portuguese often just call “Cais,” (cais means “quay”) — even if it’s obviously not the only quay in town, but it’s implied. In the same vein, they would just say they’re heading to “Bairro,” meaning Bairro Alto, not their own or any other neighborhood. Or “Docas” as the docks on the Alcântara riverside under the bridge, once a nightlife hotspot, not the docks on the east part of town. If you hear Lisboetas saying they’re going to “the coast” this weekend, don’t ask which one. “Vamos p’ra a costa” means Caparica when not specified, although the region is spoilt for coastlines. Also, “a linha” is the one leading to Cascais, roughly following the train line there, not the Sintra line nor the North line. Thus, “menino da Linha” designates, often derogatively, a “betinho,” someone from (or who, more likely, tries hard to appear as coming from) a higher social class. This involves a set of traits that are more marked the further down that line you go. Maybe the only Marginal you’ll find there is the road slithering along the water parallel to the railway.

Speaking of roads, you must have heard the name “Segunda Circular” on some radio traffic report, if, like many people living in greater Lisbon, you have to drive into the city every day, or maybe you missed a flight because it was jammed during rush hour. It’s actually the junction of three avenues: Eusébio da Silva Ferreira, General Norton de Matos, and Marechal Craveiro Lopes, linking Benfica to the airport.

So, if there’s a Segunda Circular, you may wonder where the heck is the Primeira Circular. There’s none anymore. It opened in the mid-19th century at a time when the city limits were expanding. It used to run from Alcântara to Campolide via Rua Maria Pia, then onto Avenida Duque d’Ávila, Rua Morais Soares, and end in Santa Apolónia at Rua Cruz da Pedra.

Another recurring road name in traffic reports, at least up until recently, is “Cabos d’Ávila,” the colloquial name for a stretch of the EN117 in Alfragide, where the old electric cables factory lies. In its heyday, this was the main reference point in the area. Now, it’s nothing but a graffitied industrial ruin. 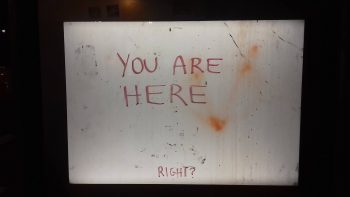 A graffitied industrial ruin is how the area north of Braço de Prata used to be before Expo ’98. Twenty years later, the designation “Expo” is still widely used by locals when referring to that neighborhood, despite its renaming to “Parque das Nações” immediately after the end of the exhibition. It’s not surprising considering that it was virtually non-existent for most Lisboetas prior to the Expo.

Another renaming that hasn’t quite caught on around there is for the venue in the shape of an inverted keel. One of the jewels of Expo ’98, it was known then as “Pavilhão da Utopia.” Many people still call it Pavilhão Atlântico, under which it stayed for many years, although the arena has since adopted the name of its sponsor, a state-owned phone operator with lousy customer service, which has subsequently been acquired by a French phone operator with an even lousier customer service. Let’s face it, “Pavilhão Atlântico” made so much more sense.

The area began to host the so-called F.I.L. (Feira Internacional de Lisboa), Lisbon’s main indoor exhibition venue. Up until then, it was located by the river in Alcântara, in a smaller venue that was rebranded as Centro de Congressos de Lisboa. But this doesn’t stop many residents from calling it “Antiga F.I.L.” It’s just easier to know what we’re talking about.

Speaking of feiras, the Feira Popular used to be a fairground that still haunts the youth-memories of many Portuguese. It even had the country’s first TV set for their bewildered eyes in the 1950s. Its premises in Entrecampos shut down in 2003. It’s nothing but a vacant lot nowadays, there’s not even a sign or anything to indicate its location, but if you tell any Lisboet of Feira Popular, he or she will know it’s there. 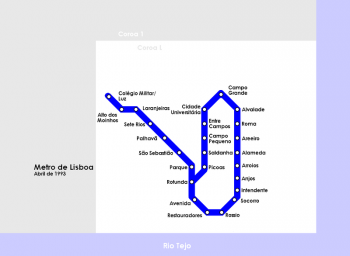 Around the time of Expo ’98, some metro station names were also changed. It is not uncommon that older adults will still use the former names: Sete Rios for Jardim Zoológico, Socorro for Martim Moniz, and Palhavã for Praça de Espanha. I once witnessed the confusion caused by the latter when an older gent informed a trusting Brazilian tourist about to go down to the metro to get off at “Palhavã… don’t forget Pa-Lha-Vã…on the green line!” when he really meant Praça de Espanha… on the blue line.

Another change was Rotunda for Marquês de Pombal, but the former is sometimes still used as short for the latter, although there are many more roundabouts in the city.

Some designated names for squares are indeed not the official ones. The real name for Rossio is Praça D.Pedro IV, a rossio being a central vacant ground for common enjoyment found in many cities around Portugal. Another example is Praça do Comércio — yes, this is the official name, but, unlike most foreigners, locals would very often call it “Terreiro do Paço,” a remainder of pre-earthquake Lisbon that designates both the square and, more figuratively, acts as a symbol of Lisbon’s centrality in the country, as it has been home to many government buildings.

The same applies to whole neighborhoods. For example, the so-called “Bairro Azul,” between Gulbenkian and the mosque, named after the blue color of the doors, blinds, and window frames when it was built in the 1930s. Also, both in Anjos, “Bairro Inglês” (which includes Rua Cidade de Manchester, Rua Cidade de Liverpool, Rua Cidade de Cardiff – I know, it’s not in England, but it’s just round the corner – Rua Newton, and Rua Poeta Milton) and “Bairro das Colónias” (Rua da Guiné, Rua Ilha de S.Tomé, Rua Ilha do Príncipe, Rua de Angola, Rua de Macau, Rua de Cabo Verde, Rua de Moçambique), named after former Portuguese dependencies. In the meantime, the latter has also been rebranded Bairro das Novas Nações, for the sake of an update. Meanwhile, “Rua do Zaire” has remained, maybe because “Rua da República Democrática do Congo” wouldn’t fit on a street sign or it was named after the Angolan province all along, not the country.

Last but not least, you may have noticed or wondered why Lisbon is often abbreviated to “Lx” by its inhabitants. This goes way back before text messaging, by the way — allegedly, as far back as the very archaic spelling of “Lixbõa.” And it has turned out to be so handy for all lazy writers like me.

Now off you go and don’t get lost!