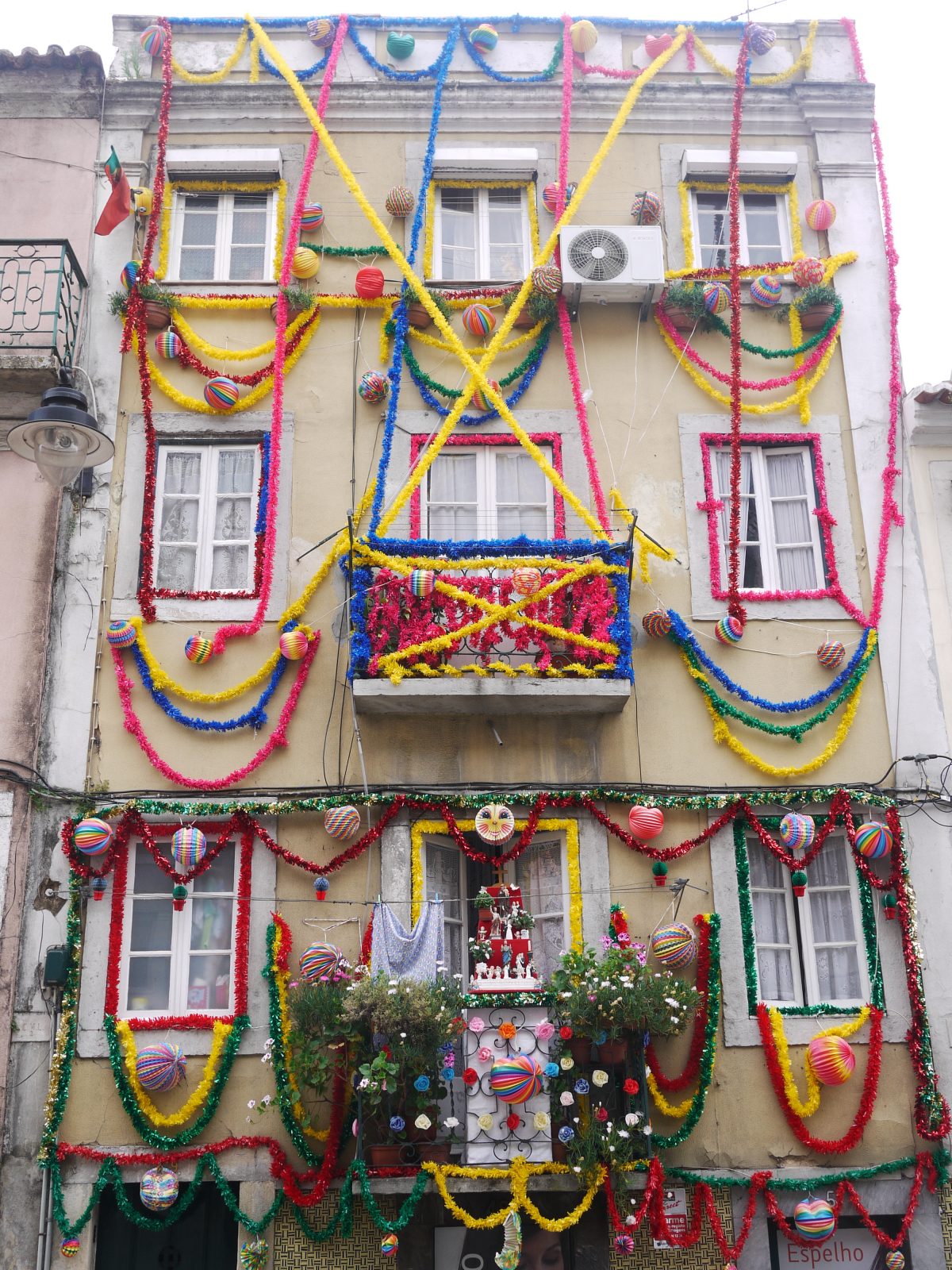 What’s On in Lisbon in June

June can be brutal in Lisbon. Luckily, it's also the month that the city celebrates itself, which means street parties, sardines, and pimba music. But if you're more of an indoor person, we got you covered as well.

Lisbon in June can get so hot that being hung in a meat locker feels like sweet relief. Hoards of people roam the streets (and you are one of them). The music festivals have not begun and all the winter charm has gone. But June in Lisbon only means one thing: Festas dos Santos Populares (aka Festas de Lisboa, aka Santo António).

Regardless of what you want to call it, June is packed with hundreds of tiny street parties all over the city. The pinnacle of the parties is the feast day of Santo Antonio: June 12. But that is just part of a much bigger picture. Check out last year’s events to get a feel for what to expect, or sign up to our newsletter for the latest on 2019’s parties (when they are finally announced). Also, come prepared with Atlas’ 10 tips for surviving this month-long festa.

Add a touch of class to your month with Fernando Mota’s solo ensemble at CCB. In his half concert, half talk, he will explore the soundtracks that he has created for theater, dance, and films and the objects he used to make them. The half of music will inspire all, the half of talking will be difficult for those who don’t speak Portuguese (or an interesting opportunity to learn?)

This correspondent was lucky enough to see Benjamin Clementine at last year’s Super Bock Super Rock for a show that would land most people in the loony bin. Now, he is returning to Lisbon on June 3 so you too can experience what one Atlas writer described as “more of a performance piece than just another festival concert.”

Want to watch old men dance for money? Of course you do. Grab your ticket for Scorpions’ Crazy World Tour 2019 in Parque das Nações for their 24th concert in the beautiful Portuguese capital. These guys have been playing hard since before most of you were born, and will no doubt put on a kick-ass show on June 26.

For something completely different, on June 28 and 30, Teatro Thalia, one of Lisbon’s most spectacular venues, is hosting a Brahms Festival. The first day will see Brahms’ Double Concerto for Violin and Cello, Op. 102 and Symphony No. 2, Op. 73, played by Corey Cerovsek on violin and Adrian Brendel on cello, conducted by Pedro Amaral. The second day will be Concerto No. 1 for Piano and Orchestra, Op. 15  and Symphony No. 3, Op. 90. Played by Filipe Pinto-Ribeiro on piano and conducted by Pedro Amaral.

Most of Portugal’s famed music festivals happen in July and August, but there are two that happen in June. If you don’t mind traveling to Porto, the fabulous NOS Primavera Sound Festival runs from June 6 to 8. The lineup includes artists such as Mercury award winner Kate Tempest, Jarvis Cocker, Interpol, Lisbon’s favorite foreigner Nina Kraviz, Atlas’ local favorite Surma, Lusophone vanguard Dino D’Santiago, Stereolab, and many others.

And then there’s GALP Beach Party. Nothing says sun, sea, and surf like a petroleum company, so come join from the festivities from June 28 to 29 in Matosinhos, near Porto. The lineup so far includes Vini Vici, Marshmello, Da Tweekaz, Salvatore Ganacci, and Lucas & Steve. And, at about 30€ for the two days, it’s pretty good value for money.

There are loads of great museums in Lisbon, and in June there is set to be some fantastic exhibitions. First, MAAT is hosting Fiction and Fabrication throughout the month, which gathers almost 50 artists who specialize in architectural photography as we explore what it means to live in a post-Photoshop world.

What happens when you combine cultural appropriation, sparkling wine, and people’s insatiable obsession with running? That’s right, it’s the Color Run by Vinho Verde in Oeiras. This actually looks like what our Irish friends would call “good craic,” with runners being doused in different colors along the 5km route. Take a little look at what you can expect here.

There will be much more happening, but Lisbon is a little late to organize, so stay tuned to get the latest events in Lisbon!