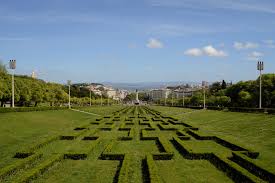 What’s On in Lisbon in September

The tourists have left, the Lisboetas who run the city's coolest restaurants and clubs are back, and the summer is far from over. September is one of the best months to be in the city — here's why.

And so the city returns. Regular Lisboetas, who have been avoiding the cobblestone streets for the past month, are slowly making their way back, tanned and rested, annoyed at once again sitting in traffic. The grip of August’s mass tourism has loosened off, with fewer cruise groups wandering the streets, and only the occasional sun hat atop a tourist’s head. September is here. You’ve stuck it out in Lisbon and get to enjoy the fruits of your off-peak adventure with all the art, music and so much more that this almost-Autumn month has to offer.

This is the last month to see the Portuguese Prison Photo Project in Museu do Ajube. Until Sept. 29, glimpse “an insight into seven contemporary Portuguese prisons. From the largest and oldest, dating back to the 1880s, to the newest, opened in 2004.”

What is art, anyway? Could it be getting to know your inner self? Or perhaps… your cat’s inner self? Probably not. But that doesn’t mean you shouldn’t try, and what better way than an interactive exhibit at Pavilhão do Conhecimento, which is closing its doors Sept. 8, so hurry up.

LISB-ON music festival returns Sept. 6 to 8 at Parque Eddie VII once more for a mix of tunes in the center of the city. This urban (as in, it’s in a city, not the style) festival has the beautiful benefit of being close enough to all the Lisbon nightlife hotspots you can stumble to after the music finishes, which could be relatively early.

The final month of Lisbon’s best free music festival is upon us! September sees Out Jazz head to Bela Vista Park for the final performances of summer. Spend your Sunday afternoon in style, with free live music from 17h to 21h30 until the end of the month.

Festivals aren’t just for music, you snob! Comic-Con Portugal 2019 comes to Alges Sept. 12 to 15. Expect cosplay, anime, comic books, video games, and so much more for this fantasy-fuelled bonanza.

CCB Summer Open Air Series concludes this month with a screening of The Wonders. Check out the trailer here. And regardless of the film playing, it’s worth heading to this great open-air event to soak up the last eves of summer. And it’s free! Saturday, Sept. 7 at 21h30. Word of warning: This film is in Italian, so there may only be Portuguese subtitles — it’s kind of hit and miss.

Do ya like horror? Yer, but do you really like horror? Because this five-day film festival of terror will have you shaking in your boots. But, there are also plenty of not-so-frightening “horror” films suitable for the whole family (think The Little Vampire). There are also workshops, shorts, and more.