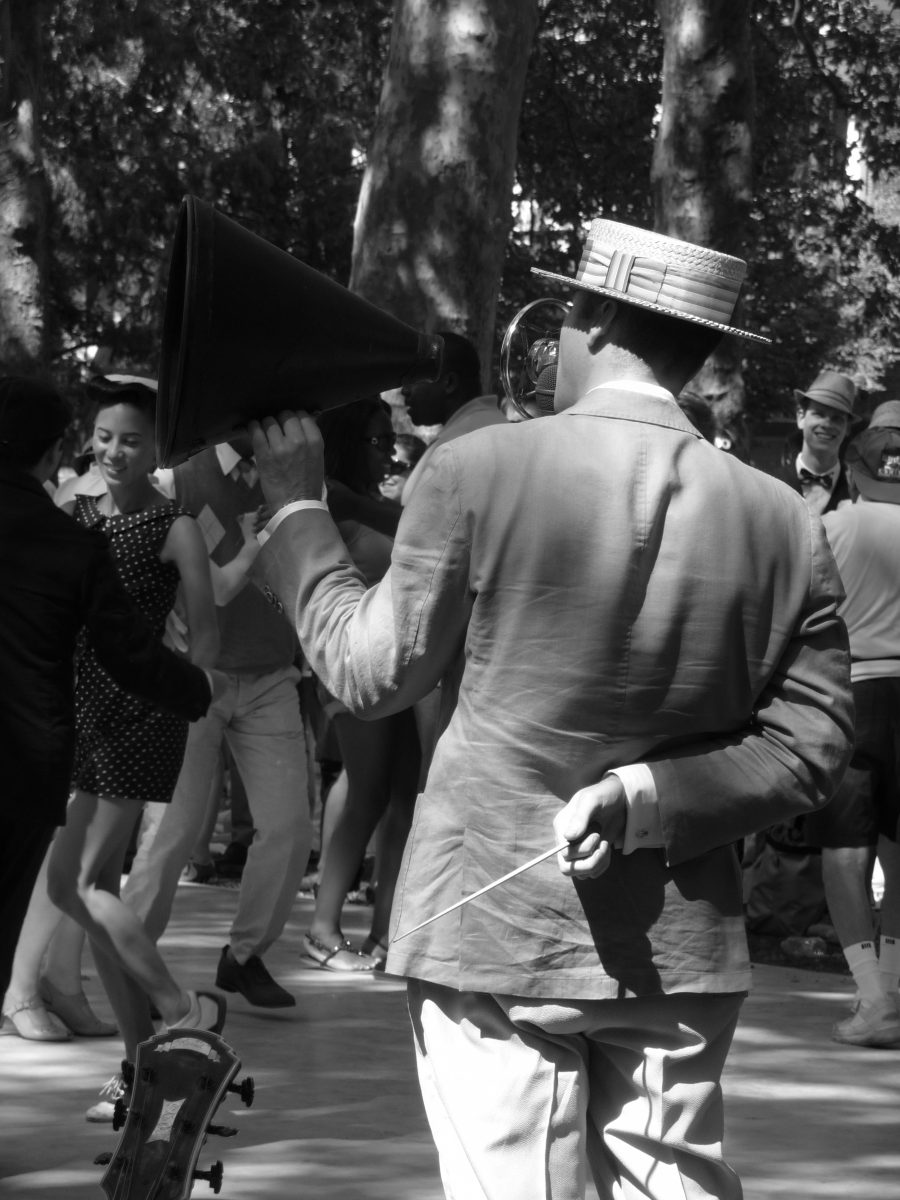 As a stepping stone to Europe, Lisbon has had its floors thumped on in many different styles and by even more rhythms. From swing to forró, African to European folk, you'll find it spinning somewhere every day of every week.

Throughout the centuries, Lisbon has harbored travelers from all over the world. Many of them stay long enough for roots to begin to grow, and mingle with the local tissue. Such healthy forms of cultural exchange have been steadily contributing to the establishment of dance communities and dance trends all over the city. As a stepping stone to Europe, Lisbon has had its floors thumped on in many different styles and by even more rhythms. From swing to forró, African to European folk, you’ll find it spinning somewhere every day of every week.

You might have never heard of dancing to it, but the folk music dancing community welcomes you to join in one of their tertúlias (gatherings) Mondays at 21h30 at Fábrica de Alternativas, in Algés, or Wednesdays at 22h30 at Fábrica Braço de Prata. Folk gatherings are keen on live music, as accordion and strings usually set the atmosphere of a valse, mazurka, polska, chapelloise, Scottish — basically anything from Europe’s musical legacy you can tap your feet to. You can partner up with a body and have a dialogue paced by the music playing. European dance balls in Lisbon are welcoming and easy. Participants converge and diverge as the night goes on, in ever-changing rings, lines, couples, or even amorphous groups.

From the Nordeste of Brazil, forró sailed across the Atlantic and is gaining popularity among Lisboetas. Although it has been around for decades, it was only in the late 2000s that forró music and dance really found its place in concert venues, bars, and cultural venues. “Quem dança é mais feliz” (“whoever dances is happier”) is the motto for Forró do Pablito, in Martim Moniz every Friday night. You can even come for dinner and have a dance or two for dessert. It’s outdoors, in the plaza. In case you want to repeat, the dance is back on every Sunday at Quiosque de Sao Bento starting at 21h. Don’t be put off if you’ve never danced forró before. The warm music and the spinning bodies will turn your sobriety on its head, leaving you slightly inebriated, sitting in a good mood cloud.

If you follow my lead in a hop to the other hemisphere, we’ll land right in the heart of swing dancing, where contagiously jumpy movements set a quick pace for the night. Look for proof in the jump sessions and parties at the Swing Station Agenda. American vintage dances are raising a huge following in Lisbon, and these people seem to lead the way. Lindy Hoppers are known for the rock step and fast-paced moves. However, the scene keeps evolving as music makes room for a blend of other styles like the Charleston, as well as jazz and blues. If you’ve got that swing, jump sessions are for you. The gatherings take place all over Lisbon: in streets, parks, marketplaces, and concert venues. Dancing is actually a great way to get to know the city.

Get dandy, or get sporty, it doesn’t matter. It’s all about meeting people and having fun and all that jazz.