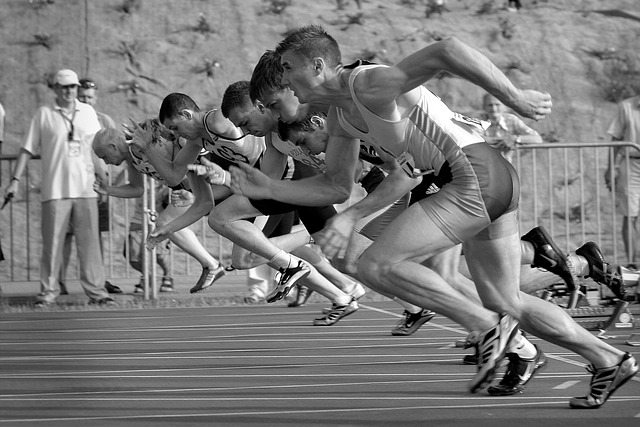 A Glimpse Into Lisbon’s Startup Ecosystem

Lisbon Web Summit is around the corner, and the buzz, the hype, and the desperate pleas for tickets are soaring. And there’s a reason it’s hosted here again.

The conference’s return to the Portuguese capital is a clear indication — to anyone who hasn’t noticed already — that Lisbon is particularly receptive to young entrepreneurs and the people who love them.

The startup scene in Portugal is relatively young, but nonetheless several new companies have already attracted worldwide attention, including from the likes of Google and Y Combinator. Lisbon startups don’t have to go very far to get help and funding, however, as Portugal’s infrastructure for starting and developing new businesses is pretty robust.

Here are some very different Portuguese enterprises plugging along on the path of disruption:

Now seven years old, Beta-i is a veteran on the startup landscape and behind many of the early successes for Portuguese firms. The incubator, cofounded by Pedro Rocha Vieira, Ricardo Marvão, Manuel Tânger, and Tiago Pinto, has supported more than 850 startups since 2010, and those young companies have since raised over €60 million, according to the firm. Beta-i has several programs and provides various forms of funding, such as through Lisbon Challenge, which offers a 10-week acceleration program and €10,000 for a 1.5% stake in the startup, and the potential to land €50,000 more at the end of the program. Beta-i’s alumni include Unbabel and Chic by Choice (see below), the student housing search portal Uniplaces, and workplace performance review app Impraise.

The Lisbon-based incubator is the result of a collaborative effort between the Municipality of Lisbon, Montepio Bank, and the IAPMEI – Portuguese Agency for Competitiveness and Innovation. Opened in 2012, Startup Lisboa operates as a private non-profit. The incubator offers various forms of assistance to firms in their first year of doing business, ranging from office space and mentoring to access to capital and strategic partners. They don’t give startups money, but they do connect them to outfits that do — and they accept online pitches from entrepreneurs all over the world. So far, 200 startups have received some assistance from Startup Lisbon, according to the firm, ranging from Codacy, which offers automated code review, and Hole 19, an app for golf enthusiasts, to Dois Corvos, one of Lisbon’s first craft beer makers and still one of the best.

Portuguese startups don’t just need connections to mentors and office space, however, and this is where Faber Ventures comes in. Founded in 2012 by Alberto Sequerra, Alexandre Barbosa, and Rui Correia Nunes, Faber is a venture capital firm that aims to invest in tech startups in order to help them go from concept to market, and then scale up. Faber’s investments include Unbabel and Chic by Choice, profiled below, as well as the successful equity crowdfunding platform Seedrs and Tandem, an app that helps users find native speakers to practice foreign languages that has grown to over 1 million members already.

Unbabel combines AI and human translators to help businesses communicate with their international customers in a seamless manner. Founded by Vasco Pedro, Joao Graça, Sofia Pessanha, Bruno Silva, and Hugo Silva, Unbabel was part of Silicon Valley giant Y Combinator’s acceleration program in 2014, raising US$1.9 million in seed capital from Faber Ventures and Google Ventures, among others. In 2016, Unbabel secured US$5 million in Series A funding led by Notion Capital and Caixa Capital. The company says it now has a network of 40,000 human editors in 28 languages, with clients including Pinterest and Skyscanner. In 2017, it launched Unbabel.org to connect volunteer translators with NGOs. Pessanha and Pedro are also co-founders of Beta-i.

Founded by Filipa Neto and Lara Vidreiro in 2014, Chic by Choice is an online marketplace that uses the model of the sharing economy for high fashion, renting out designer dresses for a fraction of the retail price. After coming second in the Acredita Portugal entrepreneurship competition, they secured seed funding before closing a €1.5 million investment from Faber Ventures, Portugal Ventures and angel investors Paulo Mateus Pinto (La Redoute Iberia) and Nuno Miller (ex-Farfetch, Sonae). The company works with boutiques, brands, and e-commerce sites to provide retailers a profitable solution for managing excessive stock and was named best fashion startup at the Europas awards in 2016.

Founded in 2015 by Christina Lock, Pedro Coutinho de Lucena and Rita Palma, Yoochai facilitates the temporary rental of retail spaces, allowing brands to grow and travel. The curated retail spaces range from a clothes rack in a concept store and window displays in the well-heeled areas of Chiado to an art gallery or a small 19th-century palace. As part of an alliance with the Smart Retail Hub, Portuguese clients can also access temporary spaces in Berlin, Madrid and Barcelona, tempting consumers with the ephemerality of pop-up up stores throughout Europe. Yoochai has been incubated by Startup Lisboa, with the support of mentor Miguel Fontes (CEO). The startup won the BET24 Challenge 2.0 in 2016.