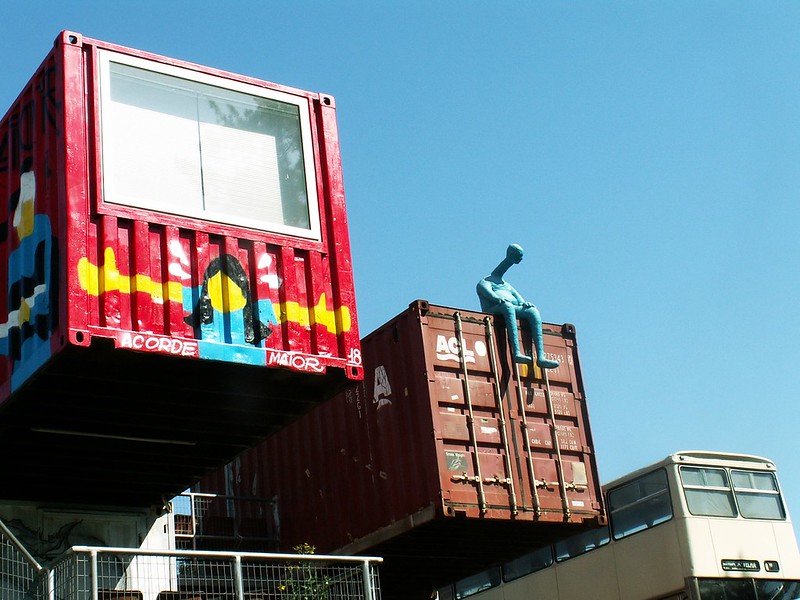 Skoola is focused on inspiring each student (from 10 - 18 years) to self-teach, guided by pros from the UK and Lisbon.

The Village Underground Lisboa (VU) is known for its hip resident artist collectives like the Malibu Ninjas, its pre-COVID DJ and flea market events, and its iconic double-decker bus that has been converted into a café (with excellent tosta mistas, FYI) — and now, it will be known for urban music. Registration is open for the new Skoola academy, which is set to open on April 19 and run from 17h – 20h on weekdays.

Skoola is the brainchild of the Acorde Maior ensemble, which consists of 30 young performers, largely from the inner-city and disadvantaged backgrounds. Rui Miguel Abreu, director at Rimas e Batida, will serve as the music consultant and will have the help of musicians Karlon and Batida, who currently have a studio in the VU, and several graduates from the Guildhall School of Music & Drama in London and Lisbon’s Escola Superior de Educação, according to acabine.pt.

The academy is taking an alternative approach to music-learning, as it is focused on inspiring each student to self-teach through practice, collective learning, and support from the directors. Aside from simple practice, Skoola will teach theoretical thinking as it applies to production and DJ-ing, creation and composition, and performance techniques, with a sharp focus on the values of diversity and artistic freedom.

According to Mariana Duarte Silva, co-founder and director of the Village Underground, “We believe in the transformative power of music, especially among young people; It is central to everyone’s life and plays a fundamental role in their physical and emotional well-being. In many cases, it is the easiest form of expression to use. It teaches us things about ourselves, but also about the world around us.”

Musicians from 10 to 18 years old should email ola@skoola.pt with their age, name, and music history to apply. The VU is pledging to provide access to scholarships for disadvantaged students.