In a League of Their Own: Gaelic Football in Portugal

Since June, the LX Celtiberos have been regularly playing a game most people outside of Ireland probably don’t know much about: Gaelic football. It's a community effort to bring a beloved Irish sport to the masses, without the stress.

Since June, a group of Portuguese, Irish, and other assorted newcomers to Lisbon have been regularly playing a game most people outside of Ireland probably don’t know much about: Gaelic football. The LX Celtiberos, as they’re now known, is a community effort to bring the beloved Irish sport to the masses — but the ultimate goal is to build a proper league across Portugal, as part of the Gaelic Athletic Association (GAA) of Portugal.

We caught up with the people behind this ambitious adventure ahead of the big GAA event in Jamor this Saturday, March 17 — which happens to be St. Patrick’s Day and will likely draw most of the Irish and the Portuguese who love them. Here’s the craic on Gaelic football and the biys behind it. 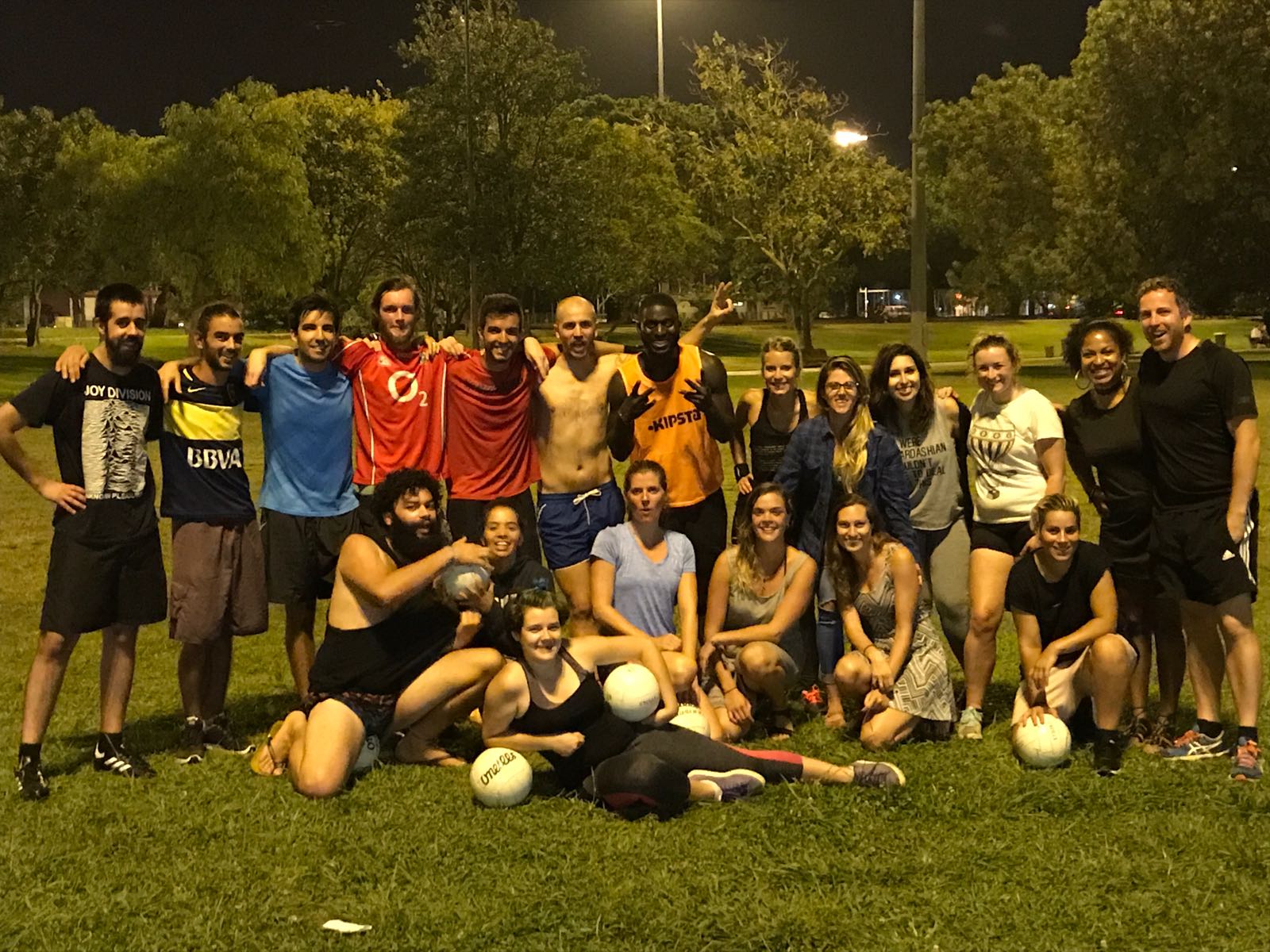 For starters, there’s one huge difference between almost all league sports and Gaelic football, according to Malte Kochen, LX Celtiberos’ head coach: it’s an amateur affair. Aside from a few exceptions, Gaelic footballers can only play for the city they’re from, and, just as importantly, they don’t get paid to play, although many do make some money from sponsorships and the like, says Malte, who in his ample free time also runs the organic crepe and juice bar Sama Sama with his wife Sofia.

That sort of grassroots (anti-corporate?) ethos makes for an entirely different environment on the pitch of course, as well as for some nice stories. One of the best players Kochen has ever met, he tells me, regularly failed to show up for practice. The guy was a farmer and got plenty of exercise out in his fields, so when he showed up to the playing field, he was primed.

This emphasis on amateur players has helped Gaelic football take hold in Lisbon, according to Kochen. 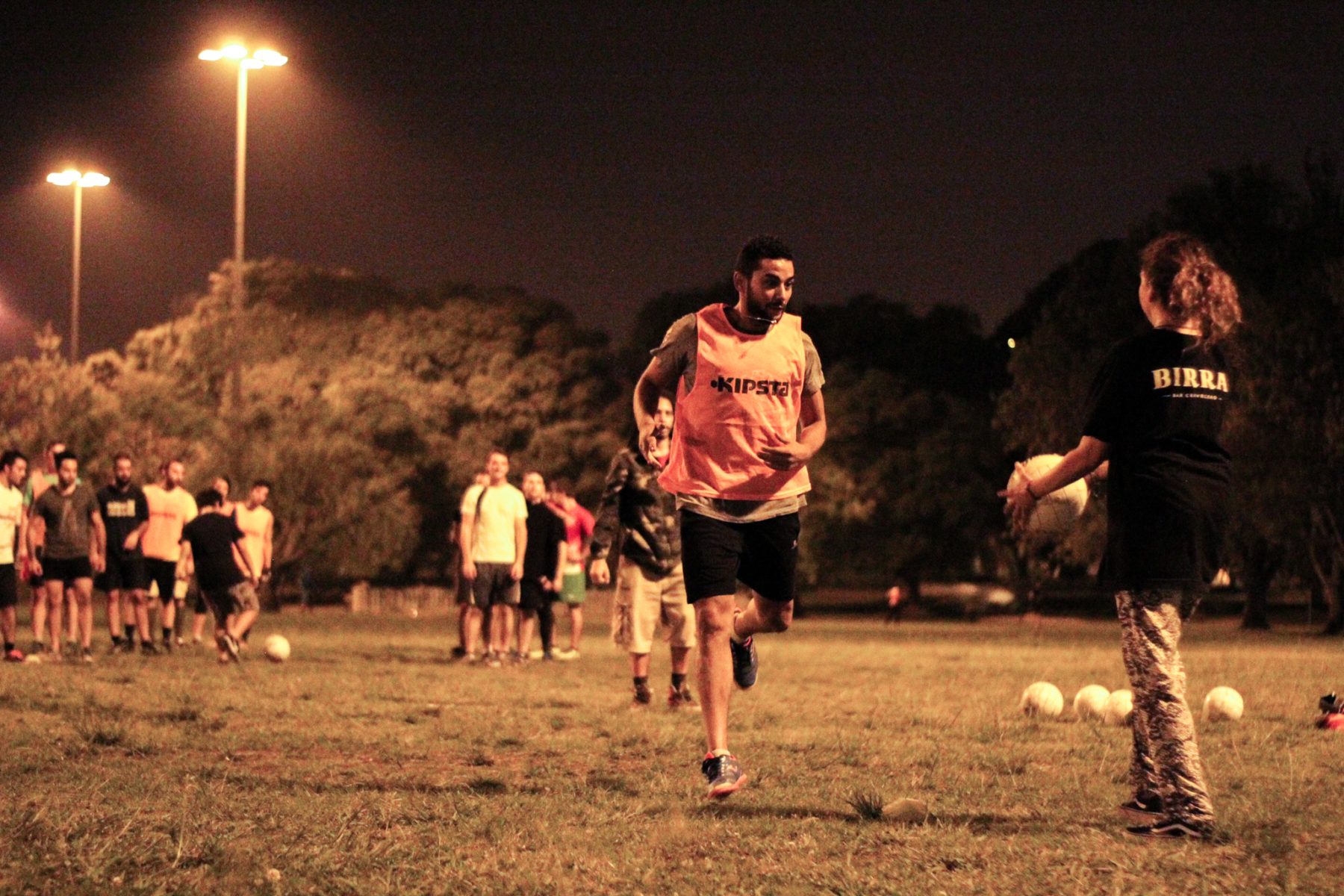 “A lot of the people that come to our practices are looking to do a sport where it’s not all about winning,” he says. “Gaelic football is more about building a community, building an organization where people can feel happy, go on the field, chill out, meet new people, and do some sport — but at the same time, it’s not all about the stress.”

Most of the players are Portuguese, in fact. In all, the Lisbon team now has about 40 guys and gals. On Saturday, they will play a team from Vigo, in Spain’s Galicia region. And for two days before then, a trainer from Ireland will lead kids’ camps at some of Lisbon’s schools, weather permitting. Kochen hopes this will give more awareness to the game and let him add coaches in Porto, Faro, and Coimbra and eventually form a Portuguese league.

Kochen has been playing the game since he was six and got really into it, playing — and winning! — in leagues until his last year at school, until a “fallout” with the team manager led him to quit.

Kochen first got excited about the possibility of a regular Gaelic football game six years ago, at a festival organized by the Irish Embassy in Portugal and O’Gillin’s (where else!). But it wasn’t until Richard Hickson came along a year ago that the game really took off, Kochen says.

“I kind of told him straight up that I’d be happy to help him wherever I can, but that organizing stuff and all that is not my department,” he says. “So he took over the organization part and I took over the training and coaching role. After that, it was basically Richard who went to all the meetings, did all the advertising and fundraising, and got lawyers to found the actual association.” 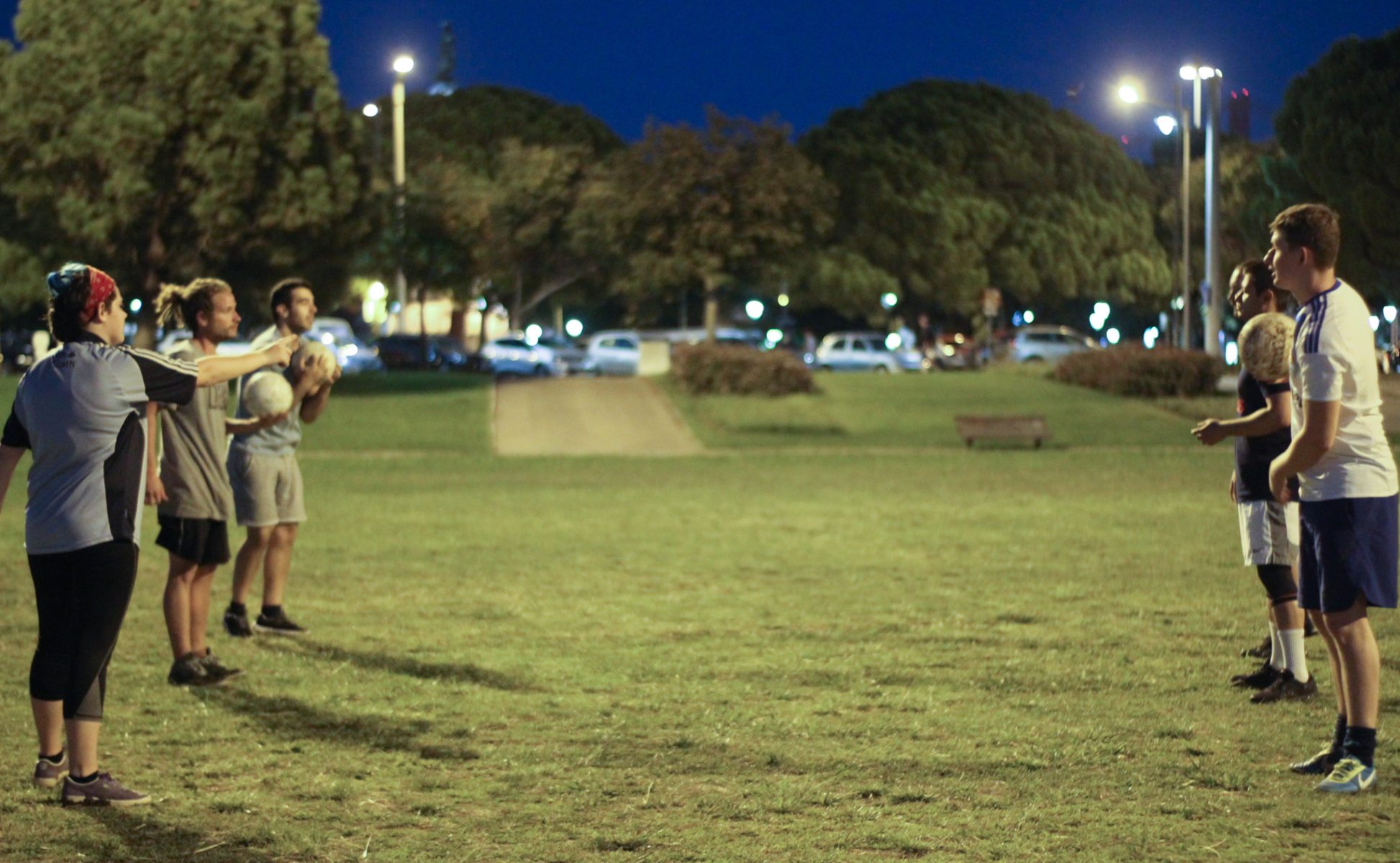 Eddie Ivers, LX Celtiberos’ club secretary — and Atlas’s videographer extraordinaire — had started playing Gaelic football and rugby at Douglas GAA club in Cork City when he was five and continued playing at university. And then he discovered rock climbing and it was all over — until last year. Ivers, however, joined in a more organic way. Literally.

“I poked my head into Sama Sama one day, as I do most days, and Malte caught my attention. ‘C’mere, did you play GAA?’

‘Any interest in starting a team out here?’

Within a few days, myself, Malte, and Richard met up and began proceedings,” Ivers says.

Hickson, GAA Portugal chairman, had his first taste of properly organized Gaelic games in primary school, he says. And how did find himself in the unenviable position of overseeing the Lisbon chapter?

“I misread a tweet from the Irish Embassy in Lisbon last year and thought someone had already started a team,” he admits. Several introductions later, including to the Irish Ambassador Orla Tunney and Kochen, and they were soon training.

Just as for Kochen, the stress on the community is also what Gaelic games are all about for Hickson.

“A lot of Irish culture is based around links to your local club or county team. When you go to a match, you can passionately support your team but both sets of fans are mixed in the stands and after the final whistle everybody socializes together, discusses the match, etc.,” he says. “And, it’s an easy game to pick up. It’s kind of a mix between basketball and soccer, so if you have played either of those sports you’ll find the transition easier.”

“The training sessions are free and open to everyone,” Hickson says. “The youngest player so far was 12, the oldest was 60 years old. We are hoping to beat those records this weekend. Seventy percent of the players had never played before joining the club. The breakdown of nationalities is 30% Irish, 30% Portuguese, the final 40% are Brazilian, French, English, Italian, Scottish, Spanish, Galician, American, Argentinian, Ukrainian, Moldovan.”

“The toughest thing people find when learning Gaelic Football is picking up the ball — in the men’s game, you need to put your foot under the ball and flick or lift it in to your hand, you can’t just pick it up off the ground,” he says. “The question we have been asked most is, ‘Can you header the ball?’. The answer is yes, but why would you bother when you can punch the ball instead?”

Come see it all come together at the Saturday event. Wanna play? The LX Celtiberos train every Monday night in Belém, and on Fridays in St. Julian’s Carcavelos, on the beach in Carcavelos, or in Belém. See the schedule at www.gaa.pt or the GAA Facebook Page.